Stephanie Zacharek's Top Ten: 'Under the Skin,' 'The Immigrant,' 'Boyhood' and More 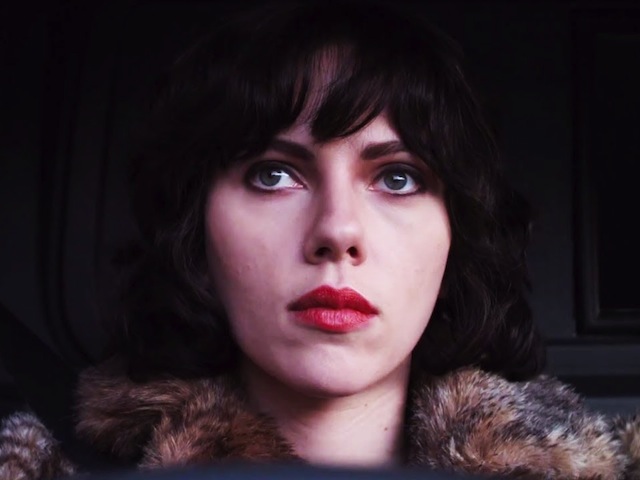 The Village Voice’s always astute Stephanie Zacharek has picked her favorite films of 2014, and at the top of the list sits Scarlett Johansson. “Under the Skin,” Jonathan Glazer’s mysterious, terrifying, emotional sci-fi film is Zacharek’s favorite film of the year, and it’s in good company. Here’s the full list:

Honorable mentions include “Two Days, One Night,” “A Girl Walks Home Alone at Night,” “Goodbye to Language 3-D,” “Get On Up,” “Fading Gigolo,” “Lucy,” “Beyond the Lights,” “We Are the Best!,” “Dear White People,” “Selma,” “Dormant Beauty,” “Bird People,” “Force Majeure,” “Adult World,” “Finding Vivian Maier,” and “Moebius,” with a special mention at the top for Scott Coffey’s underrated indie comedy “Adult World.” Here’s what Zacharek had to say about her number one:

Jonathan Glazer’s woozy hallucination of a movie — and Scarlett Johansson’s performance, as an alien who learns the hard way just what it takes to be human — confounded and challenged me, and moved me in ways I wouldn’t have thought possible. Why else go to the movies?

“Boyhood” has swept critic lists and polls (including our own), but it’s only number two on Zacharek’s own list:

An ambitious and clever undertaking that could easily have turned into a filmmaking disaster. Instead, in telling the story of one family’s life over the course of 12 years — and allowing the actors to age in real time — Richard Linklater ends up with a quiet stunner of a movie that yields to time, rather than try to bend it to its will.

The year was filled with films about artists, from “Birdman” to “Listen Up Philip,” but Zacharek was more impressed by “Mr. Turner,” Mike Leigh’s impressionistic portrait of J.M.W. Turner featuring a terrific constantly-grunting performance by Timothy Spall.

This free-verse biopic about 19th-century artist J.M.W. Turner, painter of misty, turbulent, luminous seascapes and arguably the first Impressionist, may be the finest picture ever made by English curmudgeon Mike Leigh, and features the performance of Timothy Spall’s career. Hmmmf.

Is there room for romantic melodrama in American movies? James Gray thinks so, and he’s raised the stakes with this one. Marion Cotillard is transcendent, pouring despair, anxiety, and more than a few drops of defiance into this wondrous performance.

Finally, for anyone who thinks Zacharek is opposed to “fun” at the movies, she cleared a spot for one of the year’s most acclaimed action movies, the Keanu Reeves vehicle “John Wick.”

The puppy death nearly killed me, but the debut picture from veteran stuntmen Chad Stahelski and David Leitch — starring the cosmically serene Keanu Reeves — has so much life in it that I couldn’t turn away. Even in its most savage moments, John Wick is an action film that revels in the glory of human movement.

This Article is related to: News and tagged Best Of 2014, Boyhood, John Wick, Mr. Turner, Stephanie Zacharek, The Immigrant, Under the Skin