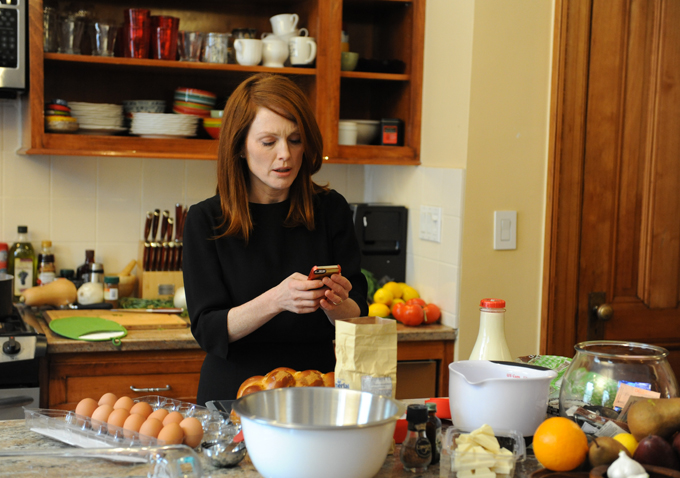 The versatile and fearless Julianne Moore has been topping Best Actress prediction lists across the board ever since “Still Alice” premiered at the 2014 Toronto International Film Festival in September, and now viewers can preview what all the fuss is about in the drama’s first trailer.

Written and directed by Richard Glatzer and Wash Westmoreland, “Still Alice” stars Moore as Dr. Alice Howland, a revered linguistics professor at Columbia University who gets diagnosed with early onset Alzheimer’s disease. As the disease slowly and painfully causes Alice to lose her sense of self and sends her family into turmoil, Moore’s soul-shattering performance reveals the nuances of resilient humanity.

Watch the trailer below via Yahoo: