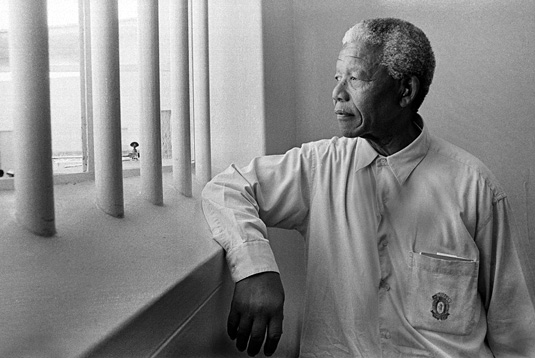 In honor of the approaching anniversary of Nelson Mandela’s death, five filmmakers have united to release a unique and creative cinematic tribute to the late South African leader.

Filmmakers Mira Nair, Ramin Bahrani, James Marsh and Eva Weber, Hank Willis Thomas and Nabil Elderkin have each selected and interpreted some of Mandela’s quotes as inspiration for five short narrative films. The project “seeks to inspire today’s leaders and thinkers to explore how Mandela’s legacy will have continued impact in the future” according to the “Power of Words” short.

In a collaboration between Montblanc, Tribeca Film Institute and the Nelson Mandela Foundation, the project was globally launched yesterday on Vimeo and will release each short film and ancillary content from the Tribeca Film Fellows high school students one by one until December 5th. The filmmakers will present the project in New York in honor of Mandela on the final day.

Check out the tribute to this incredible man below and for more videos, look at the project platform here: https://vimeo.com/channels/thepowerofwords

READ MORE: In Memory of Nelson Mandela, Watch These Films About the South African Revolutionary For Free On SnagFilms