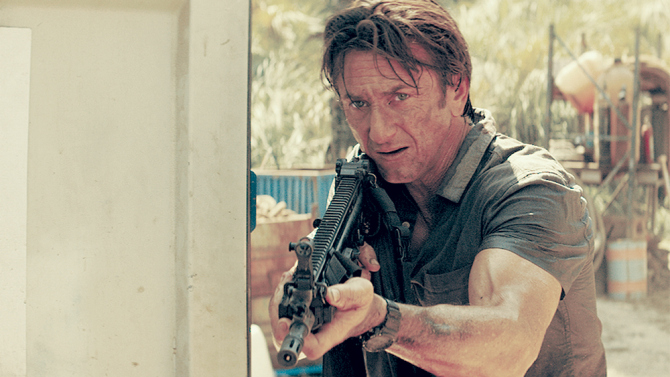 French director Pierre Morel is most famous for transforming Liam Neeson into a bonafide action hero in “Taken,” and now the testosterone-fueled filmmaker is at again with Oscar-winning actor Sean Penn.

“The Gunman,” Morel’s first feature since 2010’s “From Paris With Love,” stars Penn as Martin Terrier, an international operative looking to settle down with his longtime love (Jasmine Trinca). But when the organization he works for refuses to let him go, events are set in motion that force Terrier on a deadly manhunt across Europe to save his love and get his life back.

You wouldn’t be mistaken for calling the film “Taken”-esuqe, and all the revenge-driven action certainly recalls the Neeson cult classic, but luckily Penn is joined by an all-star supporting cast, including Idris Elba, Javier Bardem, Ray Winstone and Mark Rylance. Open Road Films will release the action-thriller March 20, 2015.