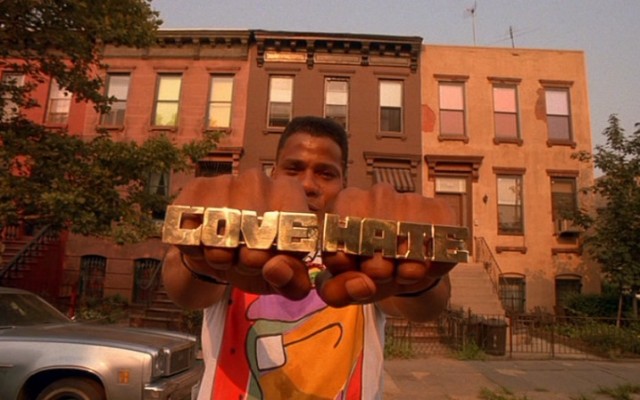 When Spike Lee’s landmark film about racial tensions in a Brooklyn neighborhood was released in 1989, it resonated with viewers in a monumental way: “Do the Right Thing” acted as a much needed snapshot of the institutional racism of that place in time.

In light of the recent Eric Garner decision, Spike Lee has edited together a short film, titled “Radio Raheem and The Gentle Giant,” using a scene of police brutality from the movie juxtaposed with the real life video of Garner’s death. The near-invisible line between fact and fiction makes what’s already heart-wrenching content even harder to watch.

One of the most disturbing elements of the video is how unsettlingly poignant Lee’s film continues to be 25 years later. Most directors hope there art will stand the test of time, but the lack of progress demonstrated in “Radio Raheem and the Gentle Giant” is tragic to witness. You can watch the full video below:

This Article is related to: News and tagged Do The Right Thing, Spike Lee