You Got Into Sundance...Now What? Distribution Tips for Indie Filmmakers 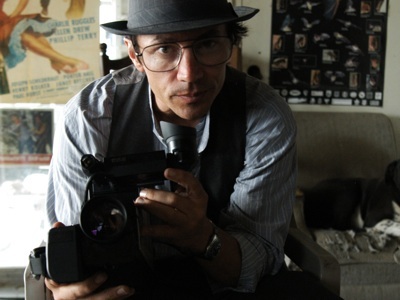 So you got that magic call. I remember it well, I was literally on the floor crying. My little movie had been selected for one of the biggest film festivals in the world? I felt like Charlie and somehow I’d got the Golden Ticket. I was going to the chocolate factory. But after I’d wiped up the tears, I remember thinking, shit, what now?! And going on to Google looking for advice.

What I read was mostly about the importance of choosing a good sales agent and a PR rep. I also read up about sales and distribution. We were way out of our depth; we’d made a tiny microbudget movie, “Obselidia,” off the grid, so to speak. It was my first film as writer and director, and my producers’ first movie as producers. We were a bunch of green newbies and we really didn’t have a clue what we were supposed to do.

So we did what we were told. We interviewed with PR people (and fainted when they told us how much they would cost – did they understand how little we had made our movie for?!) and we met with sales agents, who all seemed like the worst sharks to us (some even wanted money up front, others would take it out of the sale…up to amounts that were half our budget). We chose to work with the ones who seemed nicest (not necessarily “biggest” or “best”) but the ones we liked and trusted, and off we went, hoping that lightning would strike twice for our movie and that it would be picked up for distribution. 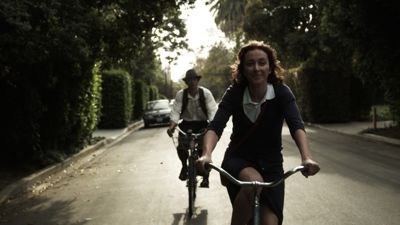 Lightning didn’t strike twice, there were no offers made for the film that made any sense at all, and we didn’t have any other plan in place. So the film played in a lot of fests and went on to receive a very poorly planned hybrid distribution two years later by which time, everyone had forgotten about our little movie (even though it had won two awards at Sundance and been nominated for two Indie Spirit Awards). They had moved on to the latest buzzy Sundance darlings.

If I had the same opportunity again, I would play it very differently. If I had a movie like “Obselidia” going to the 2015 Sundance Film Festival, a movie with no stars, very quirky, unique, difficult to categorize movie – I would be very busy right now planning my own distribution of my film. There is no way I would go to the festival without that in place.

First of all, I’d reach out to Chris Horton of #ArtistServices at Sundance and tell him of my plans to self-distribute. And I’d ask his advice and listen very carefully to what he had to say.

Next, I would hire a PR person, but absolutely with a clear vision in mind of what we were aiming to do: sell tickets online to our movie. I would also hire a theater booker to plan a small release shortly after Sundance. If I couldn’t afford or find a theater booker to work with, I’d be planning my Tugg cinema strategy (and if you don’t know about Tugg, you must – it’s a way for indies to get into cinemas and create events).

Most importantly, I’d be planning our digital release. Here’s the most exciting thing, something that did not even exist when we premiered “Obselidia” in 2010: you can now stream your movie from your own website to paying customers and keep 90% of the ticket price. Does that blow your mind? It should. When we released “Obselidia” digitally through ITunes, Amazon, etc, we saw pennies each time someone paid to watch our movie. Now with the advent of VHX and Vimeo on Demand, the filmmaker keeps 90% of the ticket price paid – and you can set the price at anything you want.

It’s conceivable that immediately after premiering at Sundance, you could share it on your own website for streaming at $15 – nearly the same as a ticket at the fest. The difference being that of that $13.50 will go straight into your pocket. You can do the math. If you’ve made a very low-budget movie, you actually stand a very real chance of not only breaking even, but also of making a profit, so that (hello!) you get to make another movie on your own terms and you get to make a living.

Remember: your film, unless you have access to big marketing money, will NEVER have more attention than it will when it premieres at Sundance. So use it!

If you haven’t already, check out how Shane Carruth handled his movie “Upstream Color” and its release. He used Sundance as the launch for his own distribution and did extremely well out of it. I was sure the following year, half the filmmakers would come to Sundance with similar plans, but they didn’t. I can only guess it’s because they looked online and saw the same antiquated advice that I saw. Or it’s because they are afraid: afraid of the unknown, beholden to the idea that there is someone out there who will do it better. But no one knows your film better than you, no one loves it more. Have courage! You made a movie, you got it into Sundance. You can do this.

The world has changed and it’s a far more exciting and empowered one for artists like us. Congratulations on getting into Sundance. Lightning has struck your film – but don’t wait and pray that it strikes again. Don’t wait and pray that someone else will now step in and take over. Use the power of that first blessing to your own smart, well-planned ends. That way you’ll ensure that you’ll get to continue as an artist, making a sustainable living and making movie after movie on your own terms.

Watch the trailer for “Obselidia” below:

Diane Bell’s debut feature film “Obselidia,”which you can watch here, premiered at the 2010 Sundance Film Festival where it won two awards. She originally wrote this post for her blog and it was republished by the Sundance Institute. We republished it here with Bell’s and Sundance Institute’s permission. Read more about Diane and visit her web site here.

Attention, Filmmakers: Here’s How to Self-Distribute Your Film