4 Daring Filmmakers You Should Know 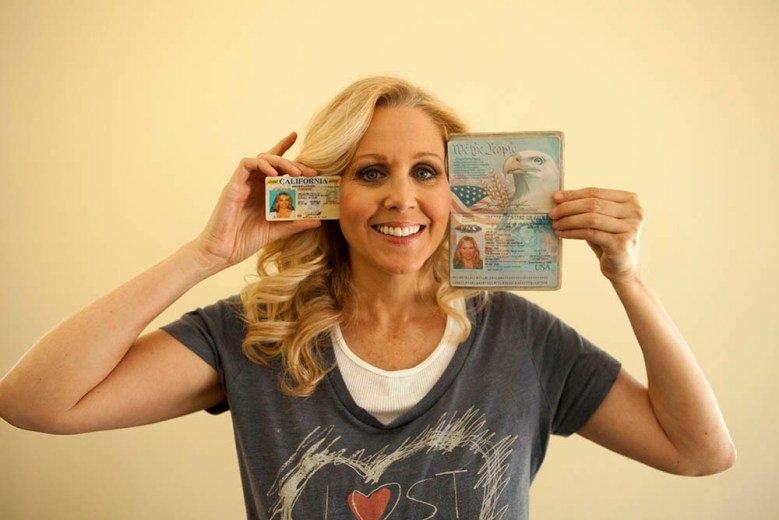 The Museum of the Moving Image’s First Look festival has become a bastion of obscure films by talented, on-the-rise filmmakers. From January 9 through January 18, the Long Island City haven will host a mix of screenings, some of which are free (check the museum website for details), all of which are worth a couple hours of your life. Not oriented towards the casual moviegoer, this is a series of films that careen from slow and silent to overtly experimental, feature-length adventures and 10-minute freak-outs. There’s not a wholly bad film in the batch, but we’ve picked a handful of filmmakers whose works really deserve your attention.

Omer Fast’s “Everything That Rises Must Converge” (57m), which has nothing to do with the iconic Flannery O’Connor story, is a cinematic adaptation of an art installation Fast orchestrated in 2013. The film, like its progenitor piece, depicts the banality of being a pornographic actor.

Fast displays some formal elegance, cutting the screen into four rectangles, each inhabited by one of the four main players (two men, two women). He portrays his subjects, some of whom are genuine pornographic actors and others regular performers, doing normal, utterly trivial things: showering, making breakfast, shaving their genitals, drinking coffee, and so on. The film begins with a juxtaposition of sex, nature, and rock ’n’ roll drumming; consequently, the serene normality that supersedes this scene feels vaguely sexual — brushing teeth, doing ab exercises, smoking out of a vaporizer. And because these are real people having real sex, you get real human bodies colliding, not the spit-shined machines pumped out by glossy studios. Their skin sags and wrinkles, they bloat and bruise, they have pimples on their butts. They even have emotions.

“Continuity” (40m) has considerably less penis quotient. A slow, meticulous film suffused with a stoic, stifling atmosphere, it depicts a German couple driving to a train station and picking up their son, who has just finished military duty. Fast’s shots have the precision and ironic clarity of a Norman Rockwell painting, if Rockwell was German: carefully-composed shots of silverware arranged on the table, a family eating in silence, the old couple sitting quietly in a station wagon. The parents disapprove of their (military) son smoking or getting piercings and tell him what he can and cannot say at the dinner table. There’s nothing tremendously strange about “Continuity,” and we’ve seen all of this before, but maybe the familiarity is the point. The film eventually starts over, as the parents once again head out to pick up their son, or so it seems; when they get to the train station, their son isn’t the same — literally — and everything happens again, but differently. Fast’s film isn’t immediately exciting and doesn’t have slow-motion sex to hold your attention, but it rewards patience and keen eyes. Saturday, January 10, 7:30pm.

French Canadian Filmmaker Alexandre LaRose has a pair of beguiling shorts in the series, each playing before a full-length film. More of an art installation than a short film proper, “brouillard—passage #14” (10m) depicts a hallucinatory jaunt down a grassy path, a faux-first-person perspective squeezed into the Academy aspect ratio. LaRose conjures a world of wavering imagery and diffused colors. Dust particles dance in the slipstream of our vision. We’re given ethereal glimpses of a young girl in a red jacket proliferating and running away from us, visual echoes left behind; later we catch up with her and pass her by.

LaRose eschews sound and music, so there’s no sense of manipulation. We feel as we see, with nothing in our ears to nudge our emotions. Shot on 35mm, the experimental short looks deteriorated yet vibrant. It should really be seen as it was intended, on film, thrown onto a big screen like a portal to another dimension. Proceeds the opening night film “Amour Fou” Friday, January 9, 7:00pm.

LaRose’s second short, “Ville Marie” (12m), is a far more jarring, unfettered affair, but just as enthralling. Like the nightmarish, nocturnal sibling to “brouillard,” it’s also shot on decrepit 35mm. But LaRose jettisons tranquility in favor of horror: Skeletal faces flash on screen, pervading the frame. (Some kind of look like Leatherface having an orgasm.) Airy chords swell while the screen quivers and colors violently slash every which way. If you plan on throwing a party and anticipate an erudite crowd, you could show these two shorts on a loop in the background and watch the increasingly-inebriated people become mesmerized. But for now, go see it at MOMI. Proceeds “Before We Go” (82m), Sunday, January 11, 5:00pm.

For his first foray into feature filmmaking, Brazilian documentarian Mascaro tells a tale of two lovers — a younger man who dives for fish and a young woman who aspires to be a tattoo artist — and the small village from which they come. “August Winds” is a meditative look at a sometimes grueling life, with consistently smart cinematography that envelopes us in the Brazilian jungle and extrapolates the underlying beauty: men slowly scale trees, crawling up the sides of the frame; a wooden boat, a splinter gliding across the water, gently guides us forward; the camera sits patiently as men hack apart coconuts with effortless familiarity, sweat flecking off their bodies, pouring in streams down their arched backs.

Mascaro directs with supreme confidence, showing off his documentary chops. The way western civilization seeps into Brazilian life — punk rock blares on a boom box as a young woman douses herself in Coke while sunbathing — is a nice touch that roots the film in a definitive time and place, albeit a place seemingly outside of time. Sunday, January 18th, 5:00. 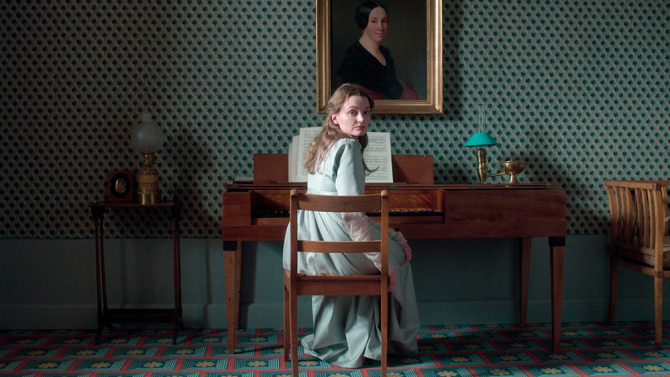 Opening night film “Amour Fou” (96m) played at Cannes this year, where it earned a mix of raves and yawns. The eclectic response makes sense: this is a slow, scrumptious, visually-luscious film in which not much happens and characters literally sit and stand still most of the time. Christian Friedel is Heinrich von Kleist, a renowned German writer who meets Henriette Vogel (Birte Schnoink), an intellectual whose musical accomplishments enchant Heinrich. Henriette is terminally ill, and she asks him to join her in suicide, to which the despondent and utterly embittered Heinrich agrees.

Hausner’s painterly compositions astutely emulate the boredom of Austria’s upper crust in the early 1800s: rooms are festooned with lavish decorations, yet Hausner captures the drab life with mostly muted colors and occasional infiltrations of feverish red. A visual orgy of static shots and gorgeous wallpaper, “Amour Fou” taps the look of a Vermeer and the melancholy of a 19th century Russian novel. The lack of movement, both by the characters as well as the camera, reflects the fettered life Henriette leads. Not everyone’s cup of tea, but there’s ample beauty here. This is how digital cinematography should function — wallpaper has rarely looked so lovely. Friday, January 9, 7:00pm.

READ MORE: Reverse Shot Relaunches as an Official Website of Museum of the Moving Image

This Article is related to: Festivals and tagged First Look, Museum of the Moving Image, Reviews