By Chris Teague and Desiree Akhavan 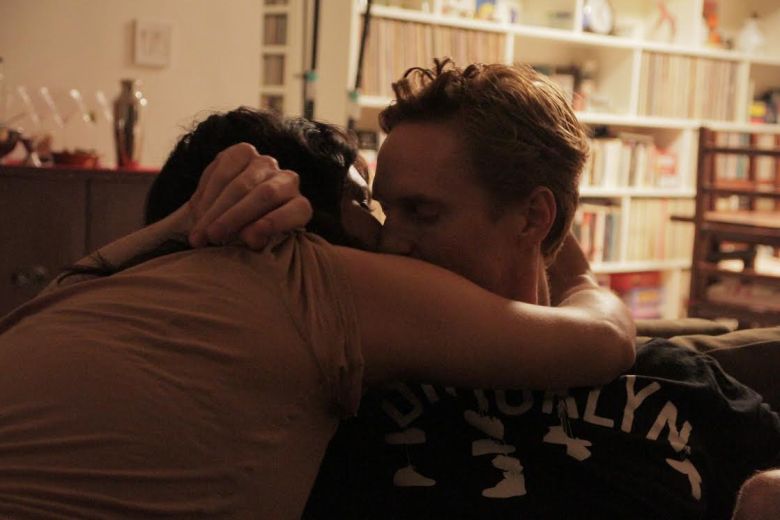 Over the course of filming “Appropriate Behavior” director/lead actor Desiree Akhavan and I shot sex scenes of various shapes and sizes, all of which involved Desiree very bravely putting herself right in the middle of things. This required her to put a lot of trust in me to not only capture the scene well, but to work in such a way that made everyone feel comfortable. Here are some things to consider when shooting a sex scene:

1. Be unflinchingly respectful of your actors.

Sometimes us non-actors feel that, since actors love to perform in front of others, then they must be completely unselfconscious extroverts who are happy to do anything that is asked of them. In fact, I think the strength of an actor comes from their willingness to be open, off balance, unsure, and in the moment. The willingness of an actor to be vulnerable in front of a camera is essential to a good performance, and as good collaborators we need to be supportive of that in whatever way we can. That may mean giving an actor extra time or extra space, or assuring them that you are there to help them do the best work that they can do. Every actor is different. Some are perfectly comfortable with sex scenes. Some are very nervous. Some act comfortable when they are actually very nervous.

Director/Actor Desiree Akhavan’s perspective: Chris was my safety net in the room for many reasons- he works efficiently, has a great attitude and an even better poker face. As an actor and director my strategy for approaching the sex scenes to act as though nothing weird was happening at all. “Of course my clothes are coming off and I’ll be throwing my mouth onto this stranger’s lips – I’m a professional.” Chris matched my energy and helped me feel safe and in control.

2. Try to be as direct and straightforward with what you need from the scene.

Sex scenes often need to be blocked out in a fairly mechanical fashion. This is because you are trying to keep certain body parts or items of clothing off camera. While painstakingly stepping through each motion and position in a sex scene may sound incredibly awkward, I’ve often found that actors prefer it, for two reasons. Firstly, actors like to know exactly what is being asked of them. Part of the fear and anxiety around shooting a sex scene from an actor’s perspective is not knowing exactly what they’ll have to be doing on camera. Spelling things out puts everyone on the same page. Secondly, spelling things out for an actor gives them permission to do things they may not otherwise feel comfortable doing (assuming that whatever they are asked to do is okay with the other actors involved in the scene as well).

Desiree: The most comfort you can give your actors is by choreographing the sex down to the slightest detail. No surprises and talk the details out before you get to set. Let your actors tell you in advance what they’re uncomfortable with before you tell them what you want. Be extremely specific about what you want because people make out differently – tongue or no tongue? Where should hands go? The less improvisation that goes into these things the more comfortable I feel.

A few years ago I went to a new doctor to get a physical. When it came time to do the good old check for testicular cancer, the doctor’s voice cracked as he went into a long winded explanation of what he was about to do. His intense anxiety transferred over to me, and I instantly became uncomfortable and declined the examination. If he had calmly asked me to drop my drawers and then went ahead with the exam I never would have questioned it. That’s his job, for crying out loud! Now, I’m not suggesting that you grab your actor’s testicles. I am saying that anxiety is contagious. So is professionalism.

Usually things become more loose and relaxed after a few takes of shooting a sex scene, which is not a bad thing. If often means that cast and crew has overcome their initial discomfort and anxiety. But it also means that people start wandering onto set who shouldn’t be, and that can take focus away from the scene and is disrespectful of your actors.

Desiree: One final note on directing these scenes – To me, the best sex scenes are not about sex. There has to be a reason we’re watching them fuck – either the characters are communicating something to each other or revealing a part of themselves we don’t see otherwise. And knowing what that subtext is and playing that is the strongest comfort an actor can have while shooting. It no longer becomes about how exposed your body is, which is uncomfortable/ inactive, but an opportunity to delve deeper into the story and character.

A NOTE TO DPs:

Have your technical stuff worked out. Make sure you’ve thought through all the different positions of the scene, and that you can put your camera(s) and lights where you need them. It’s awkward to ask stand-ins get very close to each other to mimic the positions of the scene, but it’s more awkward to have to fix problems with blocking when the actors are naked in the room. Have ideas for quick and simple ways to make adjustments if necessary. Sex scenes can be very difficult for lighting because you often have actors very close together, which means they cast shadows on each other. Long hair can fall in front of actors faces, blocking their performance. Try to take advantage of framing/lighting elements in the background instead of just counting on the light on your actors. Try to avoid situations where you have to bring your crew in, because bringing your crew in to change lighting will likely mean clearing actors from set, which can kill the energy and momentum of a scene.

As with anything in creative endeavors, there are no rules that work 100 percent of the time. Different content, actors, or shooting styles may require different approaches.

A few of our favorite sex scenes:

“Appropriate Behavior” was released in theaters and VOD on Friday, December 16.

Desiree Akhavan is the writer/director/star of “Appropriate Behavior,” which premiered at the 2014 Sundance Film Festival and was nominated for Best First Screenplay at the 2015 Indie Spirit Awards.  She is also the co-creator and star of the critically acclaimed web series “The Slope,” a comedy that follows a pair of superficial, homophobic lesbians in love. Desiree was featured as one of Filmmaker Magazine’s “25 New Faces of Independent Film” and will appear on the next season of “Girls.” She has a BA from Smith College and an MFA from NYU’s Grad Film Program.

Chris Teague is a writer, director,
cinematographer, and graduate of Columbia University’s MFA program. Chris has
been a cinematographer on three features and four shorts that have premiered at
the Sundance Film Festival, films such as “Children of Invention,” “Salt Kiss,” “Man, Rolling On The Floor Laughing” and “Obvious Child.” As a writer/director, he made the short film “Monkeywrench,” which won Special Jury Prize at the Dallas
International Film Festival and Best Narrative Short at the Eugene Film
Festival.