Attention, Filmmakers: Think Outside the Box When it Comes to Casting 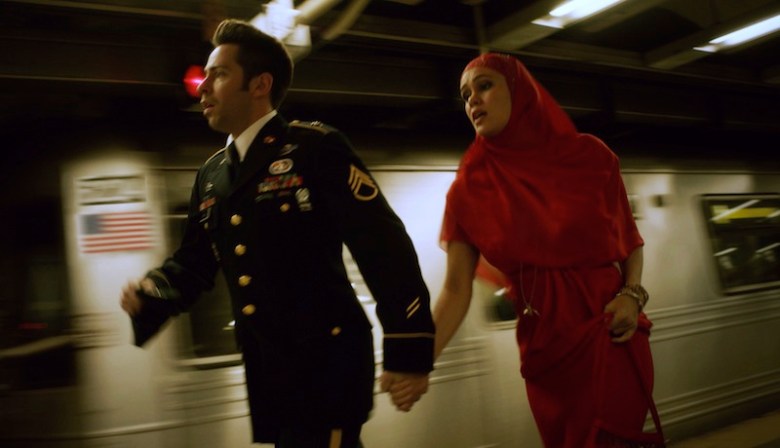 Casting tends to be the most daunting task for any first-time filmmaker. Because of this, it’s good to have a game plan.  For “Amira & Sam,” I used a casting approach that can best be described as “The Airport Model,” which meant that I focused my search on “Departures” (Martin Starr as a romantic leading man) and “Arrivals” (newcomer Dina Shihabi).
Accomplished actors are extremely wary about working with an unproven director and their concern is well-founded: one bad role can set back a career that’s taken them decades to build. In their minds, the risk far outweighs any potential reward. So how do you, as the filmmaker, balance out this risk/reward equation? You present them with a role that is so different and compelling from anything they’ve ever done. The best kept secret in the casting world is that all truly great actors are dying to challenge themselves with an exciting role.

Martin’s performance in “Freaks and Geeks” was so indelible that he quickly became pigeonholed as a quirky character actor. While his buddies from the show, Seth Rogan, Jason Segel and James Franco, started being cast as leading men, Martin continued to play secondary characters. He consistently turned in impressive work over the years (“Adventureland” and “Party Down” are two of my favorites), but I just had a feeling that he would be hungry to try something new. Fortunately, the role of Sam could not have been more of a departure for him. Sam is a former special forces soldier who strikes up an unlikely romance with the niece of his former interpreter, who is in America illegally.  On top of that, the film would also mark Martin’s first leading role.

READ MORE: Jennifer Aniston on Breaking Through of Typecasting with “Cake”

When I first brought up Martin’s name, I was met with strange looks from almost everyone. Looking back, I guess it was to be expected. My casting director, the incredibly talented Billy Hopkins, had sent us a list of 128 actors to consider for the role of Sam — and not surprisingly, Martin’s name was not on it. It wasn’t because he’s not an amazing actor, but because the role wasn’t like anything he had ever done before. He had been typecast. These are the actors you need to target: talented artists who haven’t been offered the opportunity to challenge themselves because the industry can’t imagine them doing anything fresh or different.

The trick, of course, is having the confidence that the actor you’re casting can stretch themselves. With Martin, I was never in doubt. Several people have asked me how I knew that he would be able to pull off a character so different from anything he’s done in the past and my response has been pretty simple: I’ve never seen him hit a false note. He’s just one of those guys who nails everything he does. To me, talent is talent. If an actor like Martin can continually turn in solid performances for 15 years — never once feeling fake or forced — why would he start with my film?

At the other end of our casting analogy, we have the “Arrivals.” This is a much trickier casting route — because you don’t have a body of work to examine. To make matters even more difficult, I was determined to find an actress with a borderline comical list of desired assets: strong, vulnerable, charming, fierce, funny, alluring, guarded, rebellious, beautiful — oh, and she needed to be fluent in Arabic. Dozens of actresses put themselves on tape for the role — to include a handful from overseas who caught wind of the project through Billy (yet another reason to team up with an established casting director). However, the actress that blew me away was right there in NYC, in her second year of NYU’s graduate acting program. She had been on my radar, thanks to a strong recommendation from another impeccable actor in our film, Laith Nakli (who plays Bassam).

There are certain moments in your life you won’t forget, for me one of those moments was the first time I watched Dina’s audition tape. It’s like she just popped off the screen and sprung to life as Amira. I didn’t even make it through the entire audition. Before I watched her second scene, I sent my producers the link and said: “I’ve found our Amira.” It’s tough to describe, but she just had that thing. It’s a presence. A magnetism. It’s that intangible aura that you can see in all great performers — before you know they’re great. It’s Carey Mulligan in “An Education.” Ryan Gosling in “The Believer.” 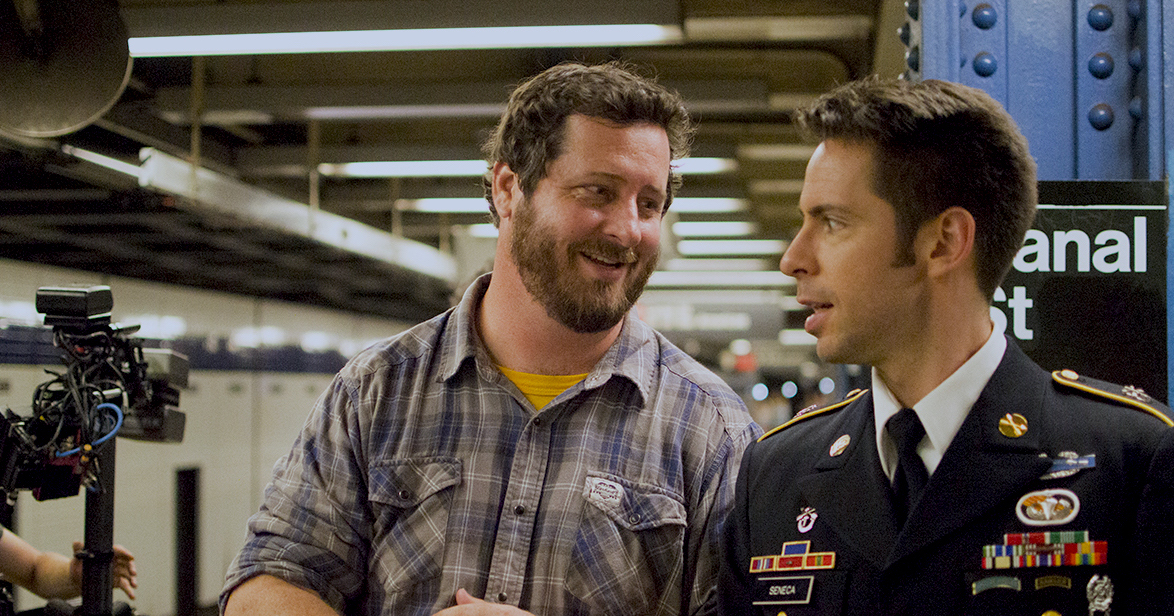 The interesting thing about casting “Arrivals” is that they flip the risk/reward equation on its head. Since they are unknowns, the risk now falls on you as the filmmaker. I knew in my gut that Dina was the right choice for the role, but I still needed to sell her to my producers and investors.  Fortunately, my filmmaking team was unbelievably supportive.  After they saw her audition — and heard my pitch about why she was the right one for the role — they were 100% on board with Dina as Amira. After watching the performance she gave, my entire team is in agreement that we’ve found a star.

At the risk of stretching this analogy into groaner territory, it’s also a good idea to think about International flights. For us, this idea manifested itself in the form of Paul Wesley. Thanks to his starring role in the “Vampire Diaries,” he has a huge overseas following, but he too was looking for a departure. The role of Charlie, a charming, yet duplicitous Wall Street climber, provided him with the perfect opportunity to challenge himself as an actor. He turned in a beautifully layered performance bringing humanity to a character that could’ve easily gone off the rails in a lesser artist’s hands.

Sean Mullin is an award-winning filmmaker who holds an MFA in Film Directing from Columbia University and a B.S. from The United States Military Academy at West Point. Sean’s unique background as a former army officer turned stand-up comedian informs his creative sensibility, which oscillates between comedy and drama. Prior to launching his filmmaking career, Sean was a Captain in the New York Army National Guard, where he was a first responder on September 11th. For almost a year, he spent his days working as the Officer in Charge of the soldiers down at Ground Zero, and his nights performing stand-up comedy.

Most recently, Mullin wrote and directed “Amira & Sam,” a former Indiewire Project of the Day), will be released by Drafthouse Films on January 30, 2015.

This Article is related to: Toolkit and tagged casting, First Person, Martin Starr