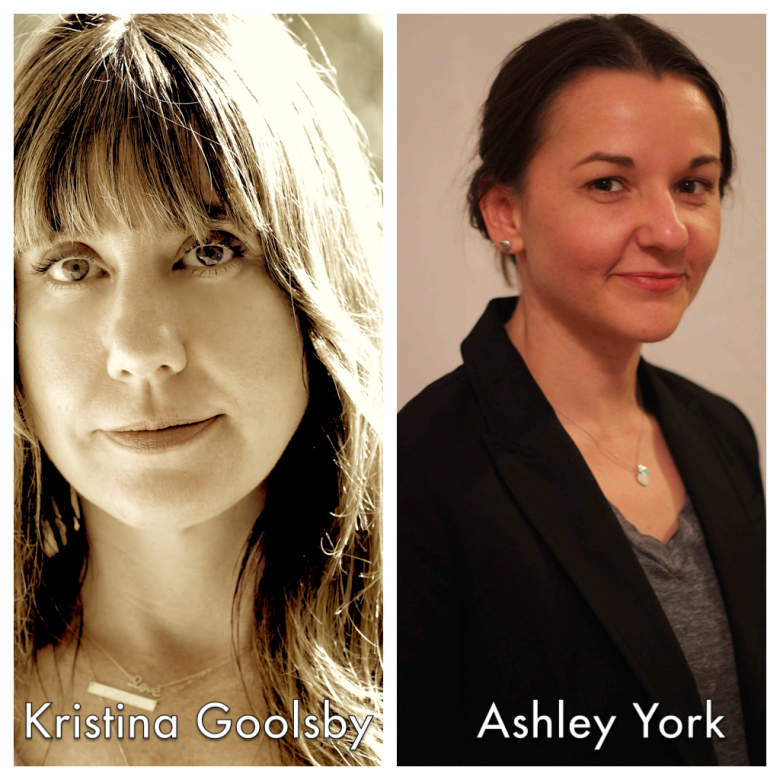 “Tig” follows comedian Tig Notaro, who famously announced in front of a stunned audience back in 2012, “Good evening, I have cancer. Everyone having a good time? I have cancer.” In just 30 minutes, Notaro not only revealed her grave prognosis, she delivered the news with a disarming mixture of humor and vulnerability. The set became a media sensation and critical smash overnight and, as Kristina Goolsby and Ashley York’s new documentary reveals, helped push the beloved comedian past a series of devastating setbacks. Having just recovered from a life-threatening infection and still in mourning over her mother’s sudden passing, Notaro’s subsequent discovery of bilateral breast cancer left her no choice but to turn profound pain into an ongoing punch line, both on and off the stage. The result is an alternately poignant and playful window into a comedian’s process turning her worst fears and anxieties into pure comic gold. [Synopsis courtesy of Sundance Institute.]

Tig is a film about the very funny and lovely Tig Notaro.

This documentary explores LA-based comedian Tig Notaro’s extraordinary journey as her life unfolds in grand and unexpected ways, all while she is battling a life-threatening illness and falling in love.
During a four-month period in 2012, Tig experienced a catastrophic series of personal events. She was diagnosed with bi-lateral stage II breast cancer. A day after she was informed it was stage II, Tig was inspired to deliver a legendary performance at Largo Theatre in Los Angeles and opened by saying, “Good evening, hello, I have cancer.” Not knowing if this would be the last performance of her life, she spent a half-hour talking about this news and the series of personal tragedies that preceded it: pneumonia, followed by a serious intestinal disease, followed by the unexpected death of her mother. The set became legendary overnight.
This film is a hybrid of comedy and drama that captures a personal journey about facing crisis head on with honesty and grace and overcoming pain and suffering with the healing power of comedy. It’s a story about moving forward during a period of your life when you don’t know what is going to happen. When you are willing to risk it all for what you believe is the right thing to do and for what you want to happen in this life.

Kristina Goolsby: I studied documentary at Columbia College Chicago, and got my start in film working for independent producer Andrea Sperling on several feature films. I went on to produce, write and direct more than 80 hours of award-winning non-fiction television for NBC, LOGO and A&E. As a senior producer for A&E’s documentary series Intervention, highlights include working as a writer for the 2009 Emmy-Award winning series, and producing five PRISM award-winning seasons.
Ashley York: I’m from Kentucky, and my interests include documentaries, feminism, socially conscious media, and emerging modes of storytelling. I’ve worked on Academy Award-nominated teams and as a producer on films that have premiered at the Sundance, Berlin, and SXSW film festivals as well as on Oprah Winfrey’s Network, A&E, HBO and the Sundance Channel. I’m a member of Women in Film, the International Documentary Association, and Film Independent. I live in Los Angeles and am a lecturer in the School of Cinematic Arts at the University of Southern California.

Keeping up with Tig and knowing when to stop filming! Tig lives an incredibly rich and varied life and we were completely enamored by both her professional and personal lives and wanted to spend as much time documenting her journey as possible. We had our first production meeting with her on a Saturday in early 2013 to talk about the possibility of making a documentary, and we decided to dive right in and began shooting two days later at a photoshoot she had scheduled with Elle Magazine. From that point forward, we were shooting multiple days a week with Tig as she bounced all around Los Angeles working on various productions and developing new stand-up material.

Tig represents everything that is tragic and wonderful about the human experience and condition. Working alongside her was and is an inspiration to confront challenges in new and interesting ways and to find the truth in the difficult times. 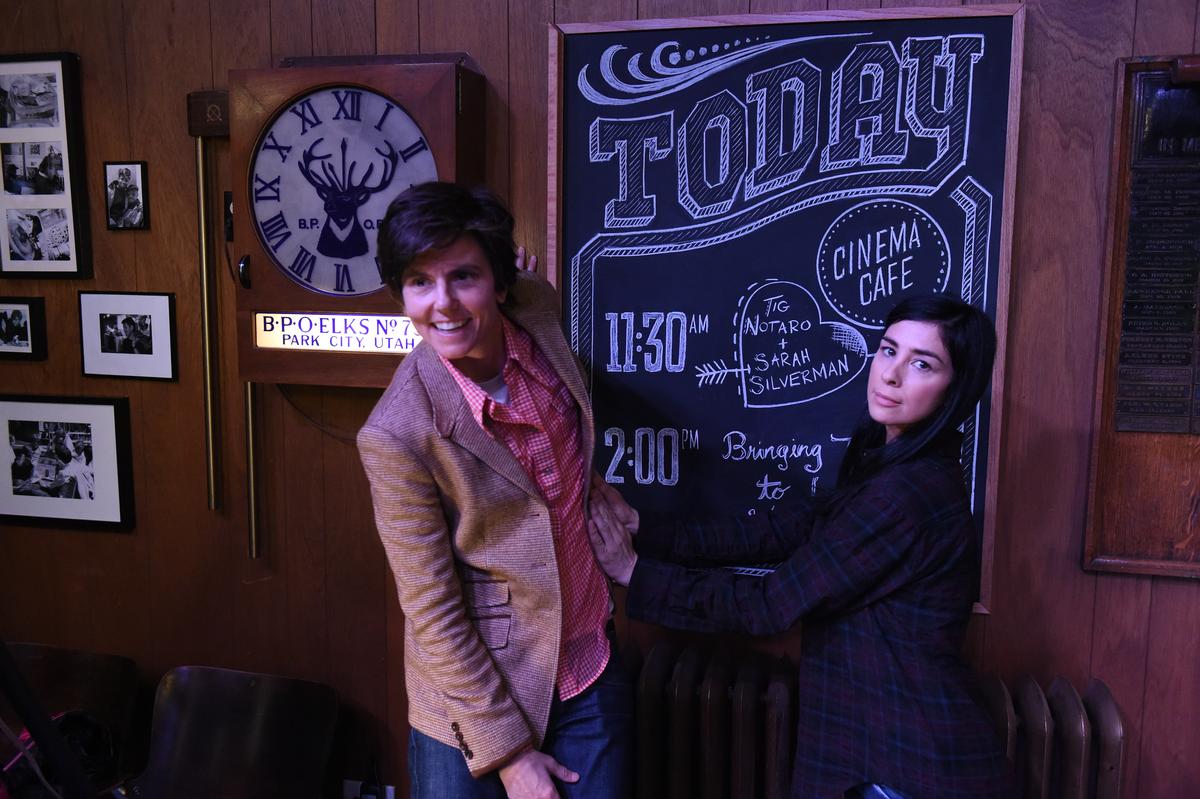 Kristina: I’m directing and producing a documentary about a family-owned, female run, bikini bar in Los Angeles that has been in business for over 40 years. I am also working on developing a feature script based on the true-life story of a magnetic Olympic champion who fell into a deadly downward spiral. After nearly loosing her life, and her freedom, she found salvation in the circus

Ashley: I’m developing a mix of fiction, non-fiction, and hybrid projects. I’m interested in work that embodies moving storytelling techniques and powerful stories about an abundant array of issues and points of view. I’m currently making So Help You God, a cross-platform documentary about six teenagers from her hometown in rural Kentucky who are in prison for murder; and developing a feature length documentary that examines a cultural history of the American hillbilly icon. I’m thinking about content that highlights the culture and traditions of Appalachia and Appalachian American people as well as social issue media projects that go beyond traditional screens and across media platforms, from video games, social networks, and apps. I’m intrigued by the interactive documentary movement and exploring the relationship of audience as co-creator and collaborator.

We shot Tig’s key interview and the bulk of the vérité using the C300. For Tig’s anniversary show at Largo, we took a multi-cam approach and used four Sony’s F3s. We also used a slew of other cameras along the way, including Canon’s 60d, 5d and 7d.

Did you crowdfund?
If not, why?

While we considered crowdfunding as a method of fundraising, we did not need to because we were in the fortunate position to meet with a number of financiers and producers early on in our development who were as intrigued by Tig’s story as we were and who wanted to partner with us in making the film. We ultimately formalized a deal with Beachside Films, an independent film production company and the west coast affiliate of Big Beach Films (“Little Miss Sunshine,” “Our Idiot Brother,” “Safety Not Guaranteed”), who came on as financier, and also as our producing partner. We were so grateful to team up with an incredibly talented, capable, smart and kind group of producers to work alongside to execute our vision. Along the way, we also talked with so many fellow filmmakers who graciously offered their guidance and expertise to us as we navigated the process of financing our very first feature documentary. We were also fortunate and so grateful to receive a Catapult Film Fund grant early on in our development. This grant provides development funding to documentary filmmakers who have a compelling story to tell, have secured access to their story, and are ready to shoot and edit a piece for production fundraising purposes. This fund was vital to us because it enabled us to develop our reel and treatment to a point where we could talk seriously with financiers.