Meet the 2015 Sundance Filmmakers #83: Laura Gabbert Hopes 'City of Gold' Encourages Audience Members to Explore Their Cities with Curiosity and an Open Mind

Laura Gabbert’s deep love for the City of Los Angeles is the inspiration for her newest documentary, “City of Gold.” It chronicles the journey of food critic Jonathan Gold, and identifies how his experiences expose a booming cultural movement. In Gabbert’s eyes, the food writing and city touring so intrinsic to the story evoke something much more universal: her film is an ode to exploration, and an impassioned call to curiosity and open-mindedness.

Pulitzer Prize­-winning
critic Jonathan Gold casts his light upon a vibrant and growing cultural movement
in which he plays the dual roles of high-low priest and culinary geographer of
his beloved Los Angeles.

The film is a love letter to
Los Angeles.

I was born and raised in
Minneapolis, but I’ve lived in Los Angeles since 1995 when I moved here to go
to graduate school in film at UCLA. I’ve worked in different arenas of
publishing, art and film (editing, feature film producing).

Raising money was the
biggest challenge in making “City of Gold.” Because the documentary world is so
oriented towards social-impact films, it was hard to find money for a cultural
documentary. Many funders were uninterested in “City of Gold” because it didn’t
have a traditional “narrative arc” or “central conflict.” 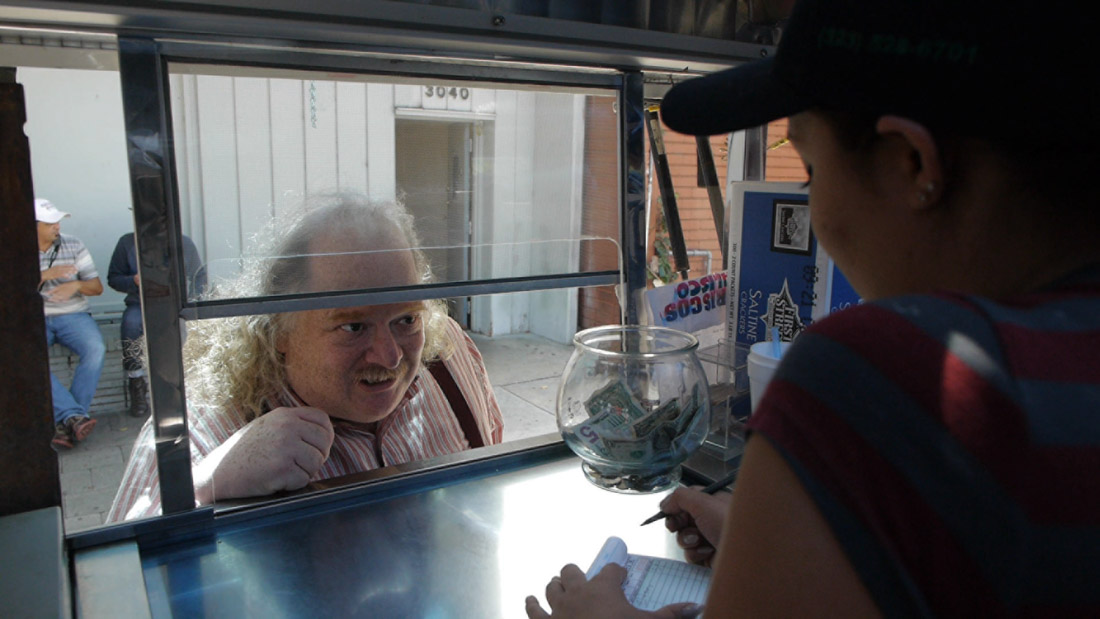 What do you want Sundance audiences to take away from your film?

Many… the Maysles Brothers’ “Grey
Gardens,” Vertov’s “Man with a Movie Camera,” “The Life and Times of Harvey
Milk,” and many Herzog documentaries. In the last year, I loved the Nick Cave
documentary “20,000 Days on Earth” and Wim Wenders’s film “Salt of the Earth.”

I’m working on another Los
Angeles-based cultural documentary… can’t say much more about it at this time.

We did not crowd fund.

The subject of our documentary was not comfortable with us raising money
this way.

This Article is related to: Festivals and tagged City of Gold, Meet the 2015 Sundance Filmmakers