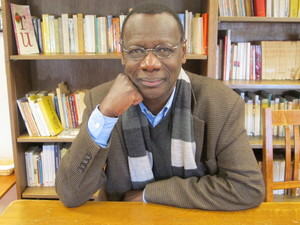 Bolstered by the seemingly insurmountable obstacles that Sembene himself faced, Samba Gadjigo and Jason Silverman collaborated on a film created in his honor. Their documentary tells the story everything from Sembene’s greatest triumphs to his biggest ethical deficits, through 17 years’ worth of footage of the man himself, his films, his family members, his closest friends and collaborators.

What’s your film about, in 140 characters or less?

The freedom fighter who used stories as his weapon: meet Ousmane Sembene, the father of African cinema.

Now, what’s it REALLY about?

In 1952, Ousmane Sembene, a dockworker and fifth-grade dropout from Senegal, began dreaming an impossible dream: to become the storyteller for a new Africa. SEMBENE! tells the unbelievable true story of the “father of African cinema,” the self-taught novelist and filmmaker who fought, against enormous odds, a monumental, 50-year-long battle to give African stories to Africans. SEMBENE! is told through the experiences of the man who knew him best, colleague and biographer Samba Gadjigo, using rare archival footage and more than 100 hours of exclusive materials. A true-life epic, SEMBENE! follows an ordinary man who transforms himself into a fearless spokesperson for the marginalized, becoming a hero to millions. After a startling fall from grace, can Sembene reinvent himself once more? 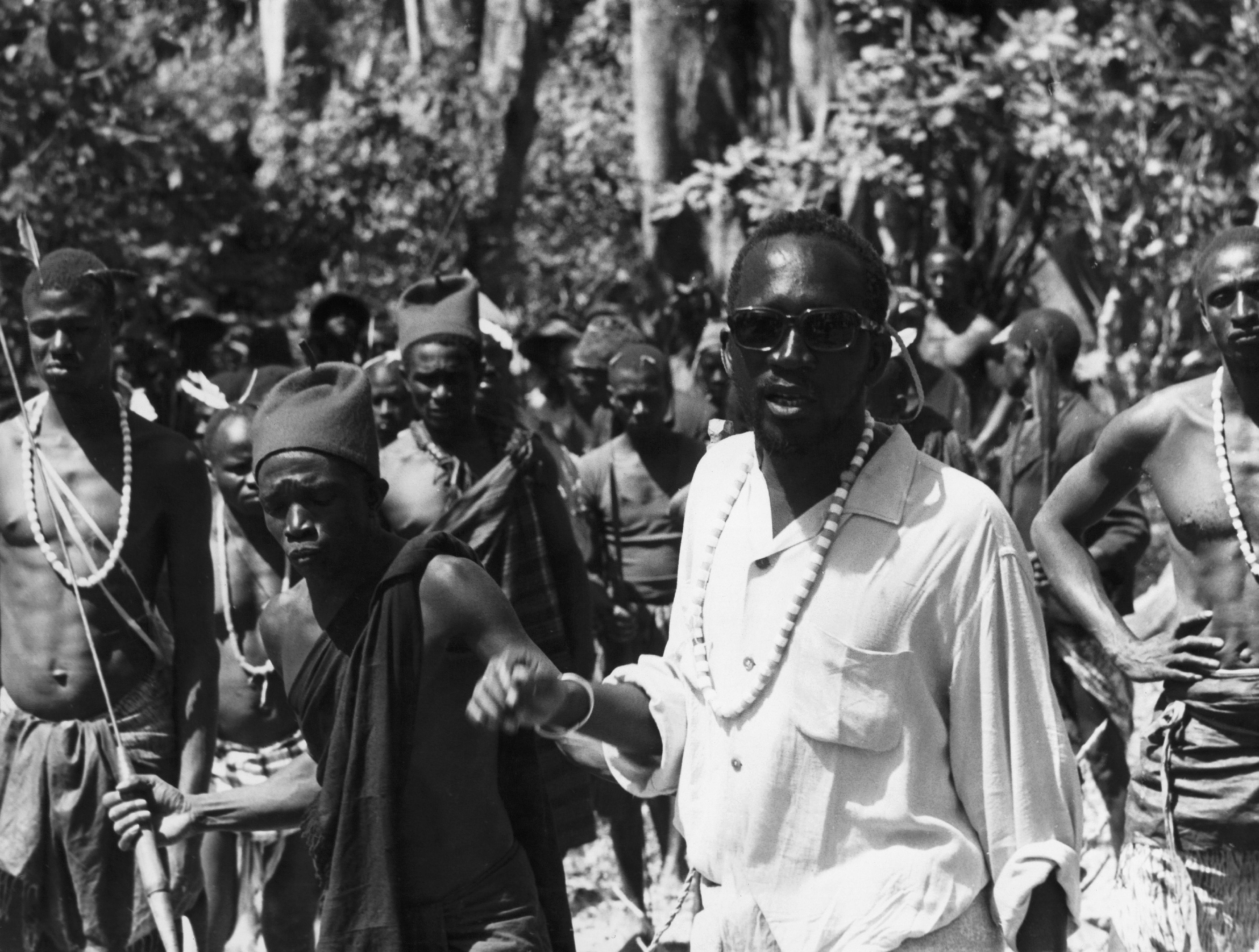 When I was 17, I discovered a book that changed my life. To set the context: I was born in a tiny village in Eastern Senegal, and grew up listening to my grandmother’s stories. I had no contact with the world outside of my village. Then, I was sent to the national high school for a formal education, which really meant I was forced to stop using my indigenous languages and to learn European literature and history. I knew Moliere, which was wonderful, but lost my grandmother’s stories. That’s when I found Sembene’s God’s Bits of Wood, a story by an African about Africa. It was about me. And it taught me that our stories do have value. I began studying Africa, received my education in Senegal, received a PhD at the University of Illinois and a teaching position at Mt. Holyoke College, and then went back to Africa to find Sembene. We worked together for 17 years, and it was an honor to help him bring his stories into the world. On the day of his death, I promised that I would not let his stories be forgotten. That’s why we made this film.

What was the biggest challenge in completing this film?

Everything was a challenge! Jason has some filmmaking experience, but I have very little. . We had to teach ourselves everything! Shooting and producing in Africa has its own set of challenges. And this is a story about an obscure African artist, so it was not easy to find funding. There were moments of absolute discouragement, when we had no money, we were struggling to get the story told in the way we wanted to and we wondered if we would ever finish. But we also had remarkable support from our friends and producers, and that, plus our commitment to what we knew was a story of great value, always overwhelmed any doubts and frustrations.

What do you want audiences at Sundance to take away from your film?

The first thing: stories matter. Sembene said that if Africa fails to represent itself, it will disappear. And if that was true for him in the 1950s and 1960s, when he was starting to write and make movies, it is even more true now. When I return to my village, there are no more storytelling sessions around the fire. Instead, everyone is watching American, European and Arab TV. If we forget the best of our traditions, if we lose what keeps us connected, what will we have left? The second element: Sembene had very little education when he taught himself to write. He was a dockworker. Then he taught himself to make movies. There was no infrastructure, no trained crew or actors, no money and no track record. What did an African film even look like? But he did it – he taught himself what he needed to know, and did whatever he needed to do to get these stories told. Jason and I, during the difficult moments, reminded ourselves of Sembene’s struggles. If he could do it, so could we. And if he and I could make this movie, then you can make yours, too. Sembene’s life is an inspiring example of self-empowerment.

Are there any films that inspired you?

I still return to Sembene’s books and films regularly. I like reading everything — from philosophy to the classics to journalism — but truly, his works are the ones that resonate more deeply within me.

I just hope to survive Sundance! To be honest, I find the entire experience intimidating. I’ve never done anything remotely like this before.

I’m not technically minded, but can tell you that I used to borrow the VHS cameras from my college’s AV department when I followed Sembene around to his various speaking engagements. We used all kinds of cameras during what ended up being almost 20 years of shooting.

Yes, we used Kickstarter. And it was wonderful. Of course, the money is important and necessary, but the fact that so many people, including so many total strangers, were so generous was inspiring and motivating.


Indiewire invited Sundance Film Festival directors to tell us about their films, including what inspired them, the challenges they faced and what they’re doing next. We’ll be publishing their responses leading up to the 2015 festival. Click here for more profiles.

This Article is related to: Festivals and tagged Meet the 2015 Sundance Filmmakers, Ousmane Sembène, Sembene!