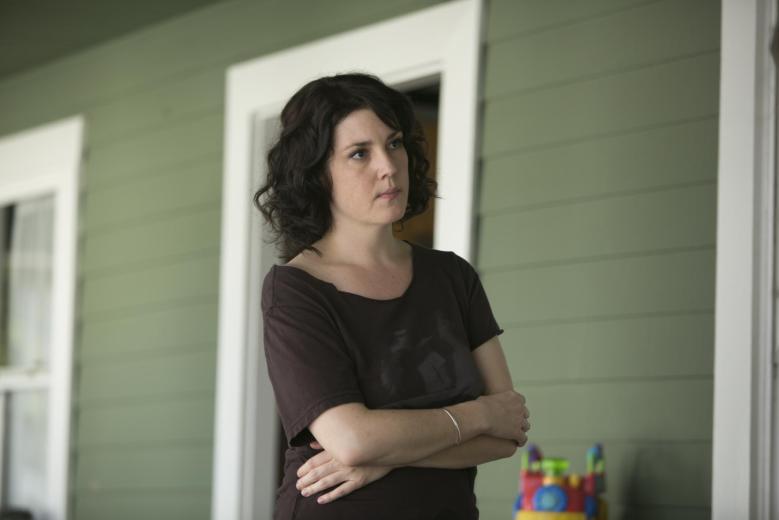 In the second episode of “Togetherness,” which premieres Sunday on HBO, Mark Duplass’ Hollywood sound engineer is creeping through the woods above Los Angeles when he has a moment with what Grantland’s Andy Greenwald would call a “wise, wise animal“: a coyote, whose eerie ululations he records and brings back to the studio where he’s doing post-production on a serial-killer show. He proudly drops it into the mix in place of the previous canned effect, the same mournful howl you’ve heard in a hundred thousand other shows, helpfully explaining to the director (Joshua Leonard) that that cry actually belongs to an Alaskan wolf and the coyote’s cry is more true to life. “I respect the hell out of your sonic acumen,” the director replies, “but your coyotes sound fucking stupid.”

“Togetherness,” which Duplass co-created with his brother Jay (currently seen on “Transparent”) and Steve Zissis, wrestles with a similar divide, trying to balance between the familiar TV reality we all know and the minute details of life that, let’s face it, may not be so special after all. (You had a spiritiual moment with a coyote? How nice for you.) Brett (Duplass) and his wife, Michelle (Melanie Lynskey) are married with two young children, struggling with the (they hope) temporary death of their sex life; Alex (Zissis) is a schlubby aspiring actor, recently evicted and living on their couch; Tina (Amanda Peet), Michelle’s sister, is an unattached-in-every-way women in her early 40s who’s not ready to mature (she wholesales bouncy houses for a living) but terrified of being single. Spin any of those crises the right (or wrong) way, and you’d find yourself at a broadcast network rather than the home of “It’s Not TV.”

In a sense, it’s “Togetherness'” leisurely approach to distinguishing itself that distinguishes it. Rather than rush out of the gate with formal trickery or “edgy” material, it builds gradually, which is probably why HBO sent the entire eight-episode season to critics in advance. The spectacle of sitcom familiarity isn’t totally banished, nor is it meant to be, but the characters grow in complexity, and so does your attachment to them. As the reviews point out, “Togetherness” suffers somewhat from a glut of similar shows on the air, but it’s got its own particular flavor, even if it takes a while to discern.

In the language of TV, relationships are comedy in your 20s and 30s, drama in your 40s and beyond, and “Togetherness” is right on the cusp. It forms a kind of natural progression with its returning partners, “Girls” (about single twentysomethings in Brooklyn) and “Looking” (about gay men in San Francisco, averaging in their thirties of varying degrees of sexual freedom).Togetherness is about getting older, realizing that you have some opportunities left but you don’t have every opportunity anymore. You still have dreams. But some of them are about Barnes and Noble.

It’s a slower-paced, smaller-scale show about the sad reality of sticking it out in Hollywood into middle age. It also veers into weirder territory that would feel impossible outside California. But thanks to the chemistry between Peet and Zissis, it’s endlessly engrossing. I binge-watched all eight episodes, only to feel disappointed that I’ll have to wait to find out what happens to these likable oddballs.

Dramatically, it’s not always edge-of-your seat stuff. As for humor, the laughs don’t always make your core muscles sore. But the intent — what the series in various and intriguing ways is trying to accomplish with its storytelling, is often spot-on, illuminating and relevant to one’s own life.

“Togetherness” is only eight episodes long, and at times, I wished either the season had been longer or a little more time had been spent on establishing what Michelle and Brett liked and loved about each other before their marriage began to fly apart. Then again, even if the show had done that, it can simply be difficult to watch another couple go through a warts-and-all marriage crisis, but I respect “Togetherness” for committing to a realistic and complicated portrayal of the couple’s problems.

The challenge is a familiar one, but unlike a studio-written romantic comedy, Brett and Michelle don’t win a vacation to some remote paradise or find another welcome escape from the cramped lifestyle they’ve grown too accustomed to living. The twist of “Togetherness” is the addition of more family members rather than exclusion of existing ones. Happiness, it argues, isn’t found through exclusion or isolation, but rather from the opposite.

We’re on an extended streak of mid-life crisis marital comedies now, including FX’s “Married” and the failed Amazon pilot “Really?” “Togetherness” isn’t breaking new ground in the broad strokes, and even opens with the obligatory scene where Michelle denies Brett sex. But there’s a specificity to the way the brothers tell the story that transcends the different cliches. So, yes, it’s another story about a marriage that’s grown stale, but it’s a story about this marriage, and we see the ways that Michelle really wants to reboot their sex life but can’t figure out how to pull it off.

There’s nothing novel or terribly exciting about this setup—its themes have been better explored in a raft of indie movies, particularly those by Nicole Holofcener, whose style and aesthetic this show borrows from heavily. (Holofcener even directs an episode!) And that’s O.K. There’s no rule that every new show has to be bold and revolutionary. But “Togetherness,” like “Looking,” seems maybe a tad too sure of its wisdom, presenting us with familiar tropes — adultery, envy, ambition, unlikely coupling — as if no one’s ever shown them to us before.

As sick to death as I usually am with TV’s myopic institutional belief that America is fascinated with Los Angeles and its various weirdnesses, this time the setting works, in part because it doesn’t really matter. Brett isn’t a film or TV star, fading or otherwise: He’s an anonymous sound tech guy. Melanie is a suburban mom, Tina plans parties and rents bounce houses, Alex is never going to give Brad Pitt a run for his money.

“Togetherness” is about being needed; it is about the difficulty of being a support system for someone else while also being your own individual. It is about honestly feeling positively about your life instead of feeling like you’re supposed to be happy. It is about friendship, marriage and love between people who don’t necessarily see the world the same way anymore but can’t imagine seeing it without one another. And it’s a show that refuses to go where you think it’s going or end where you expect it to end.

The under-one-roof log line makes Togetherness sound like an in-development CBS sitcom, but in keeping with the brand, the Duplasses have no interest in obvious punchlines and pat resolutions. Togetherness is about the unsettling nature of relationships, how they remain constantly in flux and only have as much stability as the participants choose to project onto them. The show mines similar themes to its contemporaries, exploring how an all-consuming desire for intimacy can curdle into a total aversion to it.

It sounds like the synopsis that launched a thousand Sundance movies, but the most remarkable thing about the show created by Mark and Jay Duplass is how new it all feels. Brimming with heart, humor, and a depiction of adult life that feels honest and real, “Togetherness” is the next great HBO dramedy.