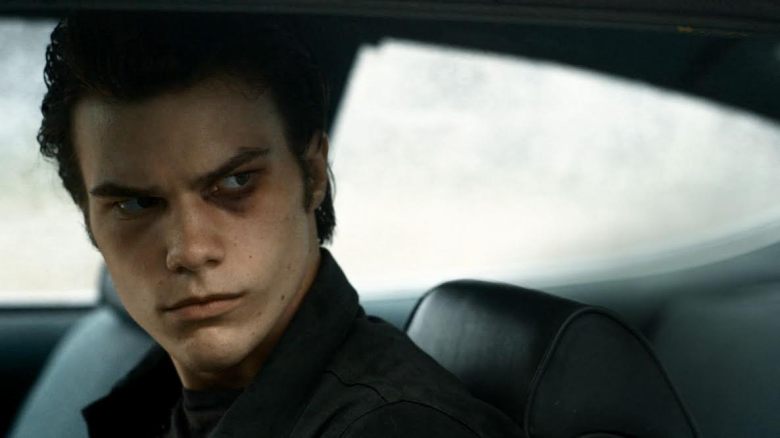 Breaking Glass Pictures has released a trailer in anticipation of the February limited theatrical and VOD release of the psychological drama “White Rabbit.”

Directed by Tim McCann, who is best known for the 1997 film “Desolation Angels,” which won the International Critics Prize (FIPRESCI) at the Toronto International Film Festival, “White Rabbit” centers on a troubled young man named Harlon, whose life has never been the same ever since his alcoholic father forced him to kill a rabbit while they were out hunting when he was just a boy. Now in high school, Harlon is the target of bullies, further exasperating his mental illness. Harlon begins to hear voices — specifically those of the characters in his comic books — goading him to commit random acts of violent revenge.

Actor Nick Krause stars as Harlon. You might remember him from Alexander Payne’s 2011 film “The Descendants,” where he played the friend to Shailene Woodley’s character. Sam Trammell co-stars as Harlon’s father and Britt Robertson plays Julie, a new girl at school whom Harlon befriends.

Breaking Glass Pictures will release “White Rabbit” in 10 cities and on VOD February 13. McCann, along with the film’s producers, are in the midst of running a fundraising campaign on Kickstarter in an effort to expand the “White Rabbit” theatrical release to more cities.