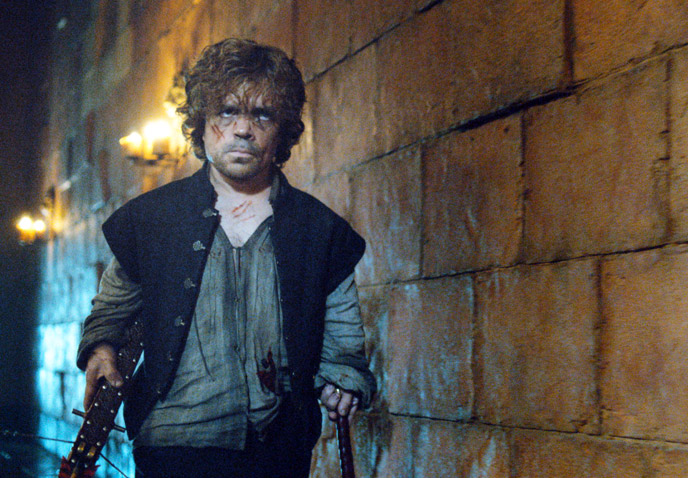 HBO is doing a helluva job teasing the fifth season of “Game of Thrones.” Tidbits have been revealed here and there, but you’ll have to buy a ticket and sit through the final two episodes of Season 4 if you want to be the first to see the full Season 5 trailer.

Granted, you’ll be watching the first-ever television series to be shown in IMAX — and it’s hard to imagine a more fitting choice — so that might ease the burden a bit. To get you ready, HBO has released a 42-second trailer for the two episodes, along with a brief scene from Season 5. With its pounding score, lavish visuals and an emphasis on the broad scale of “Game of Thrones,” the spot will absolutely get fans amped to see their favorite fantasy series on the biggest screen possible.

Also, the MPAA has done its due diligence by assigning a rating for the theatrical experience — even though what’s being screened is not a motion picture. “Game of Thrones” was given an R-rating, as expected, for “sequences of brutal violence, and for language including sexual references.” I guess the trailer won’t be offering up any naked ladies wandering around at random, which seems odd, considering how often similar scenes appear in the series.

Check out the trailer below. Episodes 9 & 10 of “Game of Thrones” Season 4, as well as the exclusive trailer for Season 5, debut in IMAX January 29 and run through February 5.

This Article is related to: News and tagged Game of Thrones, HBO, IMAX, Television, Trailers