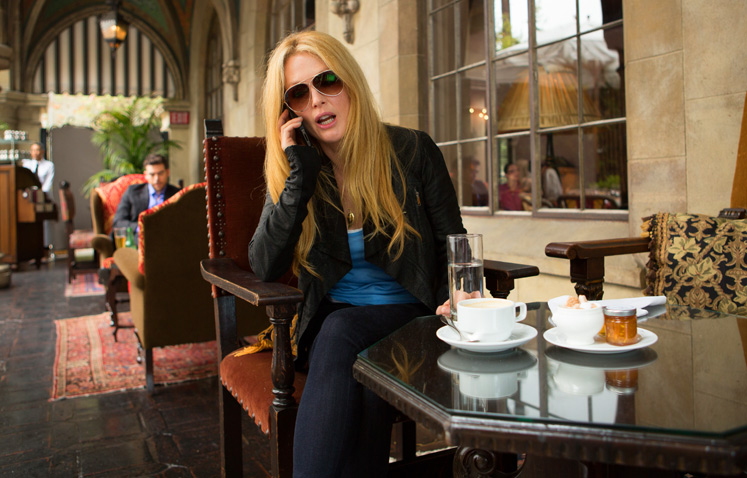 Focus World dropped a new trailer for David Cronenberg’s “Maps to the Stars,” which debuted at the Cannes Film Festival last May and is up for a Golden Globe at this Sunday’s awards ceremony.

Being a Cronenberg film, “Maps to the Stars” is, of course, steeped in decadence. At its center: the Weiss family. Stafford Weiss (John Cusack) is a self-help therapist with a long list of celebrity clients, including Havana Segrand (Julianne Moore), a fading starlet haunted by the ghost of her late mother, who was also a famous actress. As if one member of the family working with Hollywood wasn’t enough, Stafford’s wife, Cristina (Olivia Williams), manages the acting career of their troubled 13-year-old son, Benje (Evan Bird). When Stafford and Cristina’s psychologically unstable estranged daughter reappears in Los Angeles at the start of the film — having been released from a psychiatric hospital — chaos ensues.

Focus World will release “Maps to the Stars” theatrically, On Demand and on iTunes on February 27.