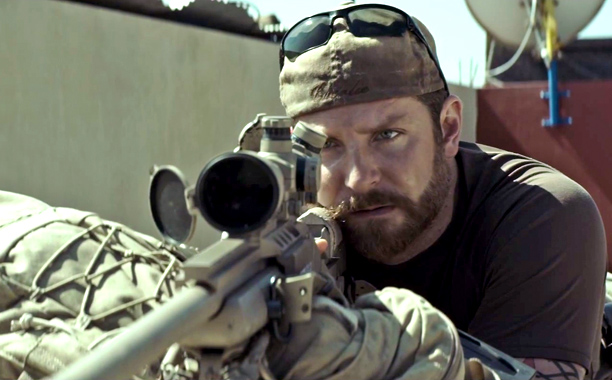 “American Sniper” is igniting more public discussion than any other 2014 film.

Clint Eastwood’s Iraq war drama has soared past financial expectations, with more than $200 million in the bank after only two weeks in wide release, and other than a brief (and silly) hangup regarding the fake baby used in one scene, the national debate has been a rather intense discussion over the film’s merit. Is it pro- or anti-war? Is it a film made from an authentic veteran’s perspective or one manipulating that perspective to tell a Hollywood-ized story? And now that the film is on pace to become one of the Top 5 highest-grossing films of the year, what does it say about Americans, that this is a movie we desperately want to see?

Larry Wilmore brought in some help to answer these questions and more on “The Nightly Show” last night, breaking down the issue in the below clip of its brief but thorough panel segment. Wilmore headed a discussion between the founder and CEO of Iraq and Afghanistan Veterans of America, Paul Rieckhoff, a critical journalist from Rolling Stone named Matt Taibbi, retired sniper Sgt. Nicholas Irving, and comedian Sabrina Jalees.

Take a look at the discussion below, and watch the entire episode on Hulu.