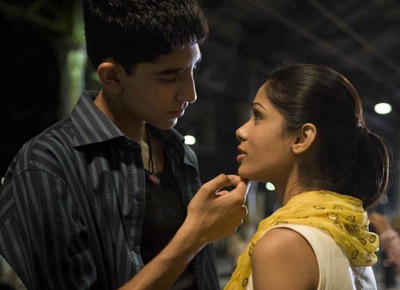 [Editor’s Note: This post is presented in partnership with Movies On Demand. Catch up on this year’s Awards Season contenders and past winners On Demand. Today’s list is a selection of Best Picture-winning films on MOD.]

As silent movie star George Valentin wonders if talking pictures will cause him to fade into oblivion, he sparks with Peppy Miller, a young dancer.

Elizabeth, the future Queen Mother, arranges for her husband to see an eccentric speech therapist. After a rough start, the two delve into an unorthodox treatment.

When a new sergeant, James, takes over a highly trained bomb disposal team amidst violent conflict, he surprises his two subordinates, by plunging them into a deadly game of urban combat.

When a penniless orphan from the slums of Mumbai comes within one question of winning a staggering 20 million rupees on India’s Who Wants To Be A Millionaire?, an investigation reveals his amazing story.

In” No Country For Old Men,” a man stumbles on a bloody crime scene and two million dollars. His decision to take the money sets off an unstoppable chain reaction of violence.

Challenging and thought-provoking, Lionsgate Films’ “Crash” takes a provocative, unflinching look at the complexities of racial tolerance in contemporary America. Includes bonus content after the credits.

Lester decides to make some changes in his life. The more free he gets, the happier he gets, which maddens his wife and daughter. But Lester is about to learn that ultimate freedom comes at the ultimate price.

When Will Shakespeare needs passionate inspiration to break a bad case of writer’s block, a secret romance with the beautiful Lady Viola starts the words flowing like never before.

During World War II, when a mysterious stranger is rescued from a fiery plane crash, he is cared for by American allies unaware of the dangerous secrets of his past.

This Article is related to: Features and tagged American Beauty, Awards Season, Awards Season Spotlight, Crash, No Country For Old Men, Shakespeare In Love, The Artist, The English Patient, The Hurt Locker, The King's Speech