Why Tina Fey and Gillian Anderson Are On Netflix: It's Not the Future, It's The Present 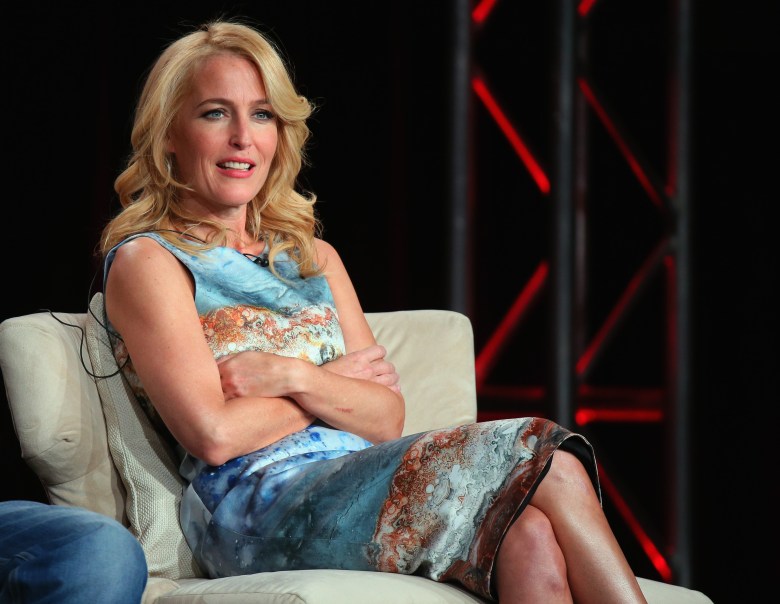 That’s as many new shows as Netflix released in 2012 (its first year as a provider of original series) and that’s just three months of this year.

It’s a schedule that’s slightly unconventional, but Netflix has always had the luxury of being slightly unconventional, building its stable of shows on the back of its successful DVD and streaming services. At this point, what makes Netflix special is no longer novel or news: Hire strong creators or acquire shows with strong pre-established audiences. Creators get nearly-complete creative control during production, then Netflix unleashes complete seasons of original series (or blocks of episodes, for its kids programming).

What is news is how through repetition of that model, it’s become one of entertainment’s most sustainable brands, because it comes just as the entire nature of the game has changed permanently. As “The Fall” star Gillian Anderson said when asked how Netflix and her past work compared: “‘The X-Files’ was beginning of appointment television — we’re now at the end of it.”

Today’s sessions supported the concept that the broadcast model is essentially broken, at least for new or groundbreaking series. Much of Tina Fey’s time on stage during the “Kimmy Schmidt” panel was spent on the show’s, and subsequently her, shift from broadcast to streaming online, and how that shift might be the best for the show, given its oddball premise (a young woman takes on New York after 15 years in a cult bunker).

Fey posited that one difference between broadcast and Netflix or VOD services is that on broadcast, “maybe you have to be a little milder. But when people choose to come to you, you can be darker and edgier.” 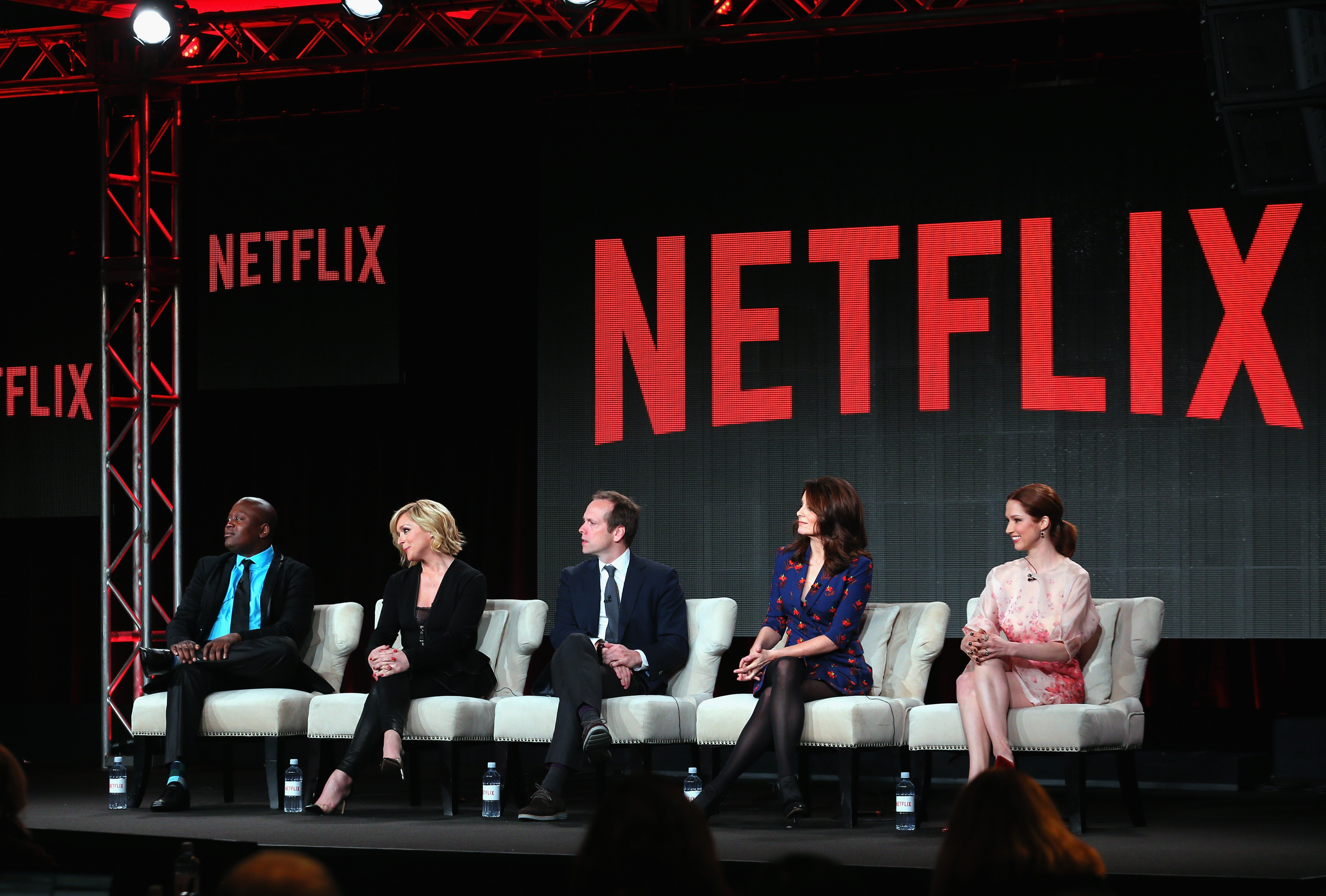 The only thing Fey could think to mention was still working well on broadcast: Live events, which incentivize group viewing. But she also compared that to the eventizing Netflix has built around its all-at-once premiere dates.

In fact, in response to a question regarding potential big name guest stars to come for “Kimmy Schmidt,” Fey pointedly refused to reveal anything, issuing a reply straight out of a Netflix PR statement: “March 6. See them all that night.”

Fey, it seems, mostly watches Netflix and is currently binge-ing Season 3 of “Breaking Bad”: “It’s really good. You guys should watch it.” (In case you were wondering, the only thing Anderson has ever binge-ed, apparently, is the podcast “Serial” — she has also seen a little “Breaking Bad,” but hasn’t finished it.)

Sarandos, when responding to the usual questions regarding why Netflix doesn’t report viewership numbers, expanded upon his standard answer: it doesn’t have to, because its business model isn’t ad-based. Now, they’ll avoid reporting numbers “for as long as we can.” But despite pressure from critics, that looks unlikely to change. The one metric that Sarandos encouraged press to follow: Netflix’s net subscriber growth, which he called “a very honest measurement of success.”

For Sarandos, it’s all about “global” — a word he used repeatedly this morning. “Orange is the New Black” is popular in China. The company is expanding to Australia this year. And while “Marco Polo” has received mixed reviews, it is one of the very few shows currently on television with a largely Asian audience.

Netflix has done one thing consistently well since launching into the original content game — remaining focused on its game plan. In fact, Sarandos revealed that when Netflix CEO Reed Hastings first discussed the concept for the company, they “talked about Netflix as it is now,” with the strategy of using the DVD by mail service to build subscription metrics, then using those metrics to improve their marketing.

That was in 1999. Now, Netflix uses those metrics to pick what programming they plan to greenlight. “I think we’ve had more influence on the general business of television than I would have thought we could have when we first started streaming, let alone original programing, just two and a half years ago,” he said.