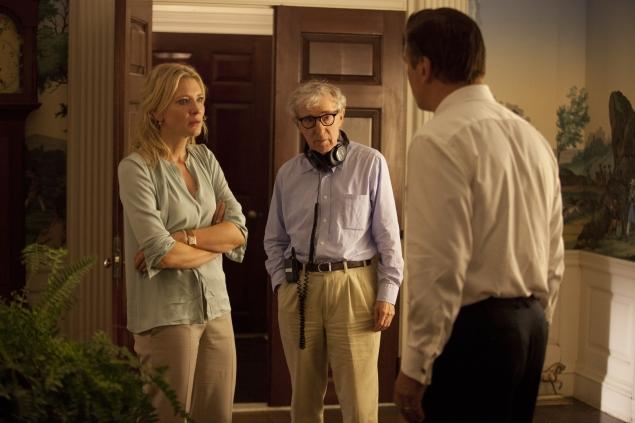 Woody Allen has signed on to write and direct a new, untitled series with Amazon. According to Variety, Amazon Studios has given a full season order to “The Untitled Woody Allen Project,” and the prolific creator will write and direct all episodes of the upcoming half-hour comedy.

“Woody Allen is a visionary creator who has made some of the greatest films of all-time, and it’s an honor to be working with him on his first television series,” Roy Price, Vice President of Amazon Studios, said in a statement. “From ‘Annie Hall’ to ‘Blue Jasmine,’ Woody has been at the creative forefront of American cinema and we couldn’t be more excited to premiere his first TV series exclusively on Prime Instant Video next year.”

“I don’t know how I got into this,” Allen said. “I have no ideas and I’m not sure where to begin. My guess is that Roy Price will regret this.”

No word was given on how many episodes there would be or what the show was about, but Deadline is reporting the series will be available — exclusively via Amazon Prime Instant Video — to subscribers in the U.S., U.K., and Germany when it debuts next year.

As reported yesterday by Indiewire’s Editor-in-Chief Dana Harris, “the creative and business models for film and TV are thoroughly, and permanently, overthrown” following Amazon’s big wins at the Golden Globes Sunday night. The studio won Best Comedy Series and Best Actor in a Comedy Series for “Transparent” with the studio’s first ever nominations. They beat out the likes of HBO, FX, Showtime and its arch-rival in streaming, Netflix — the latter of the bunch Amazon bested in both categories.

The Woody Allen news only furthers the argument. Amazon Studios was second to no one at the 2015 Golden Globes, and they clearly aim to keep it that way for a long time coming.

READ MORE: The Golden Globes Tell Us Everything About the Entertainment Industry in 2015