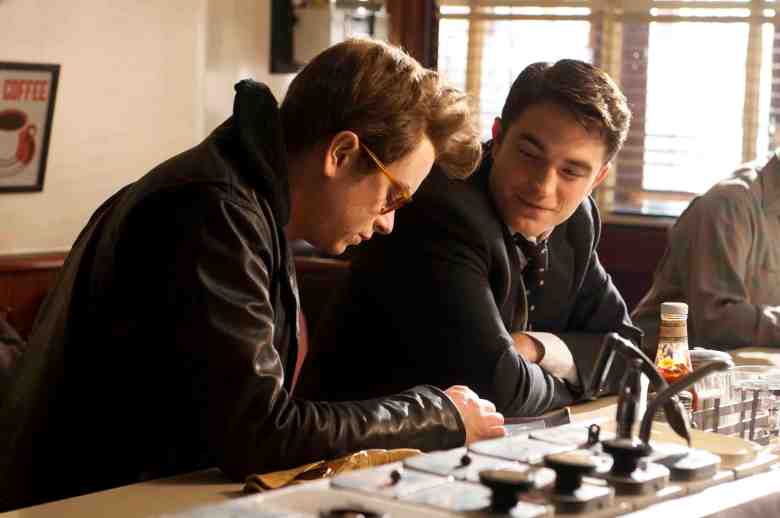 Only a few years after Marlon Brando delivered his virile performance in Elia Kazan’s 1951 adaptation of Tennessee Williams’ play “A Streetcar Named Desire,” another ballsy actor gave Brando a run for his money. James “Jimmy” Dean, a good-looking, farm-raised, 24-year-old nobody who wowed in Kazan’s 1955 drama “East of Eden” before becoming a full-on sex symbol in Nicholas Ray’s suburban teenage drama “Rebel Without a Cause.” Arguably one of the most sought-after actors of the time, Dean died in a car accident shortly after the release of “Rebel.”

“Life,” filmmaker-photographer Anton Corbijn’s follow-up to last year’s “A Most Wanted Man,” offers a glimpse of Dean’s early career through the lens of Dennis Stock, an ambitious photographer who finds an original appeal in the Indiana-born actor. The film chronicles the relationship between the two men, as Stock attempts to kickstart his career and Dean struggles between his impending fame and his love for a simple life back home. In theory, Corbijn — who first impressed with the Ian Curtis biopic
“Control” — is the ideal director for “Life,” given his background
capturing stars on camera ranging from Bob Dylan to Depeche Mode and
Bjork. Unfortunately, despite this appealing backdrop, “Life” offers little more than a tone-deaf portrait of Dean as he’s seen from Stock’s perspective.

The movie opens with some promising ingredients: We’re first introduced to Stock (Robert Pattinson), a hard-working L.A.-based photographer who takes photos of celebrities at red carpet premieres, on film sets and at other social functions — a job he finds less than appealing. He dreams of becoming an artist, and begs his agent (Joel Edgerton) for a job in New York City, where his ex-wife and estranged child live. At a Chateau Marmont party one night, he meets Jimmy Dean (Dane DeHaan), an awkward figure with a strange, monotonous voice who is up for the lead role in Nicholas Ray’s latest. Stock is immediately fascinated by Dean and wants to collaborate.

After following the actor around, the two eventually head to New York. It’s here that Dean faces pressure from Warner Bros. head Jack Warner (an over-the-top Ben Kingsley). The studio wants him to be a more respectful, obedient face, particularly after he makes a snide comment to an interviewer about a western it has produced. Meanwhile, Stock also struggles to connect with Dean, and fails to score any decent shots from the enigmatic actor as he resists letting his guard down. Finally, just before the New York premiere of “East of Eden,” the two escape to Dean’s hometown in Indiana — and that’s where magic starts to happen.

Corbijn’s latest feature follows a surprisingly conventional arc, which is odd considering his prior work. There are no remnants here of the moody, well-paced George Clooney thriller “The American,” and none of the stylish elements that made “Control” such an appealingly unconventional biopic. “Life,” on the other hand, has little visual or narrative ingenuity. It suffers from a recurrence of bland visuals — simple shots of L.A., New York and Indiana end up looking more like crafted sets and not the landscapes that came to define Dean’s divisive relationship with the industry. But beyond its technical limitations, there’s also a noticeably stilted quality to the way Corbijn’s characters interact.

Perhaps the movie’s chief setback lies beyond the director’s reach — that Dean was a figure too theatrical (his voice, clothing, posture) and confounding to be represented properly on screen. James Franco, who played the actor in 2001 television film, won a Golden Globe for his performance — but it also reeked of excess theatricality. DeHaan, despite his best efforts, doesn’t exactly resemble the actor, and his performance also registers as caricature: He nails the voice and posture but only to the level of a well-honed impersonation. The disconnect is all the more evident in DeHaan’s rapport with Pattinson. There’s a heartfelt moment between the two on a train ride to Indiana where DeHaan recounts a moment from his childhood when his mother passed away. The exchange seems geared toward lending insight into his psyche, but Pattinson appears unaffected by it. If the character doesn’t care, why should we? Moreover, it’s hard to pinpoint the mutually beneficial relationship Corbijn tries to establish between the two men throughout. Dean was known to be a tremendous force — an actor with a short career whose life behind the scenes remains largely misunderstood. Sadly, “Life” doesn’t add much to the equation. It’s not a terrible film, and succeeds in giving us a play by play of an alleged dynamic between two individuals, but as a whole feels like a missed opportunity.

“Life” premiered this week at the Berlin International Film Festival. It is currently seeking U.S. distribution.