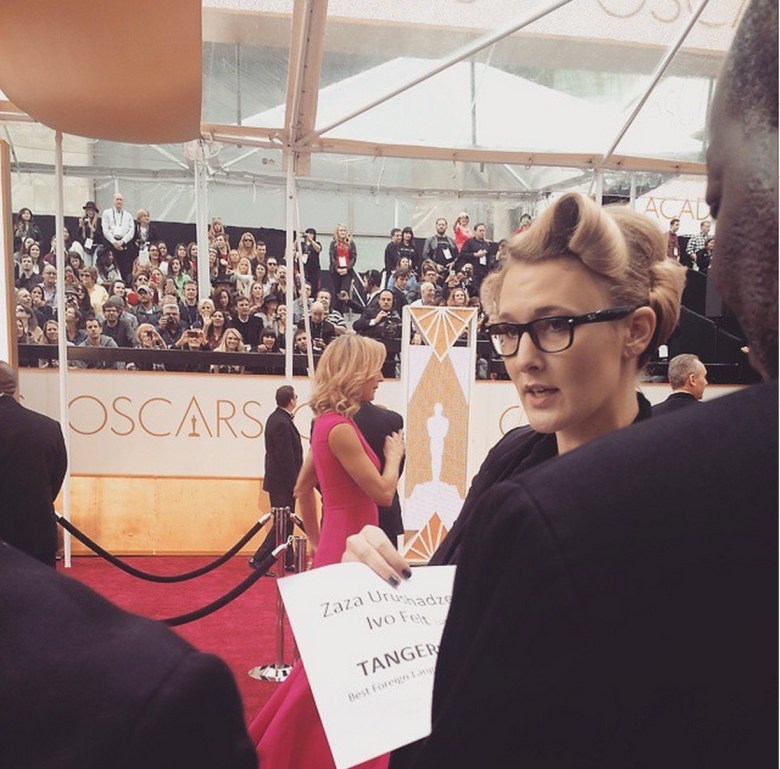 “I can’t believe we’re here,” Felicity Jones said on the red carpet on Sunday afternoon, an hour before the 87th Academy Awards got underway. She echoed our feelings exactly.
“Boyhood” and “Whiplash,” two of the biggest front-runners of the night had began their journeys to the Oscars way back in January of last year when they premiered to great acclaim at the Sundance Film Festival. To be planted on the red carpet of Hollywood’s biggest event over a year later and watch talent from both films slowly make their way into the Dolby Theater felt surreal.
That’s not to say the journey to the carpet was a smooth one. For Indiewire, the trip to Oscars runway almost ended as soon as it was supposed to begin. Due to being fed misinformation about the check-in time, we showed up a few minutes late to the carpet in the afternoon, only to find that some print outlets had been staking out their spots since the morning and that we wouldn’t be admitted. We showed up close to three hours before the show was set to begin — a reasonable enough time for any other awards ceremony, but not for the Oscars. After circling the Dolby Theater desperately in search of a way in, we talked our way in to our reserved carpet spot, sweaty from the trek and wet from the rain that was pelting down outside. Once in our roomy designated standing area (most red carpets offer you a sliver of space), it was game on.
On the Oscars red carpet, there are three lanes of traffic. “Lane 1” is walked by talent who are willing to talk to print press on the ground, accompanied by their publicists and handlers who hold placards with their client’s name and nominated film. “Lane 2,” where most of the night’s biggest stars strutted down (including Julianne Moore, Meryl Streep, Jennifer Lopez, Clint Eastwood, Lady Gaga, Oprah Winfrey, Bradley Cooper…the list goes on), bypasses most of the print press to allow them access to the TV crews and quicker entry to the Dolby Theater. “Lane 3” is reserved for everyone else attending the show and moves fast to ensure that the seats are filled in a timely manner.

READ MORE: I Attended the Oscars and Hung Out With the Losers

Naturally it was assumed that the night’s big name talent would forgo talking to the print press in favor of getting some on-camera action with the likes of Ryan Seacrest and company, but to our surprise, “Lane 1” offered up a plethora of talent, many of whom went on to pick up golden statuettes only hours later. 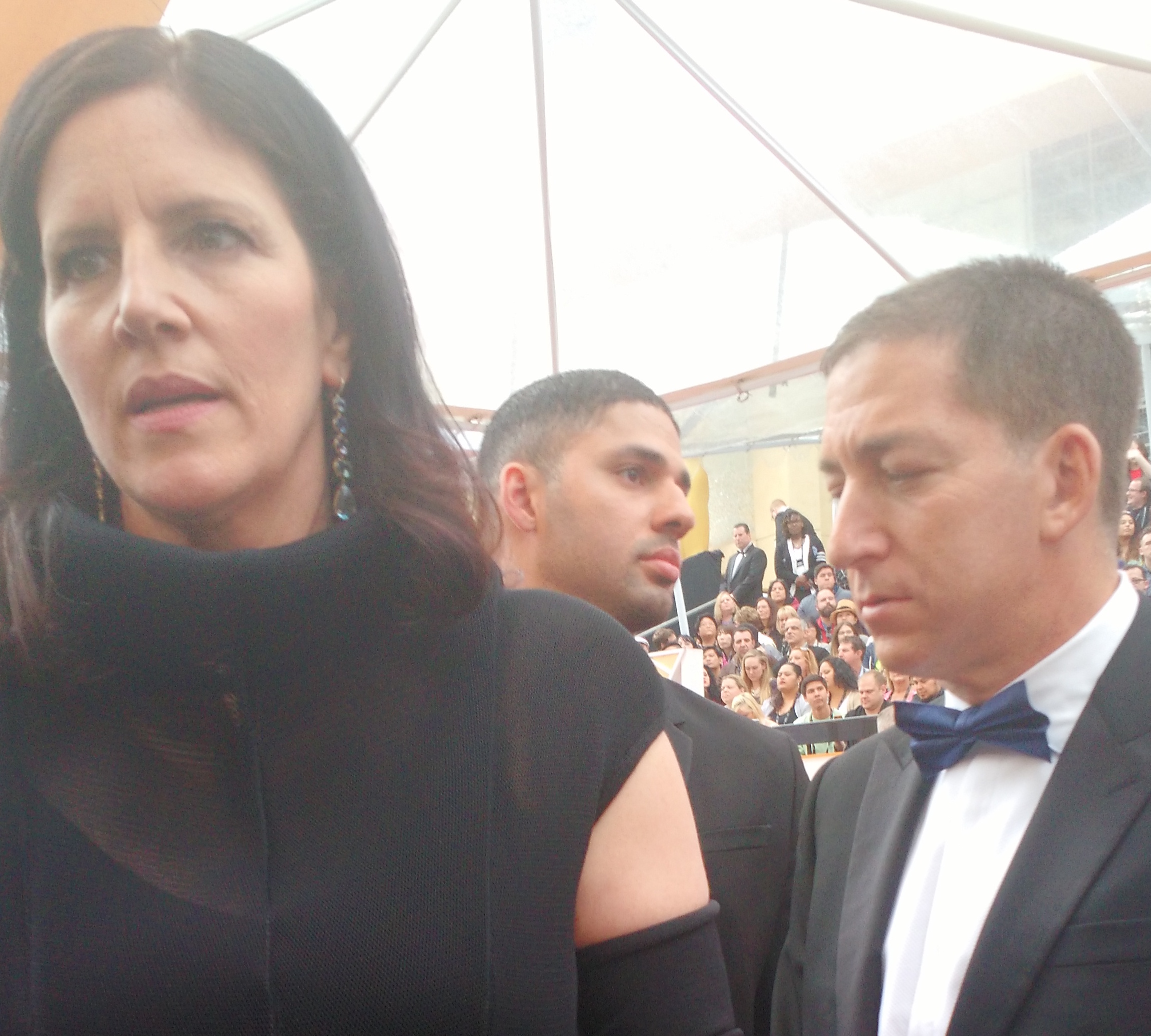 This included Laura Poitras, the fearless director of the Edward Snowden documentary “Citizenfour,” which eventually won Best Documentary. Rocking an all-black ensemble, Poitras appeared calm, cool and collected, citing her work on “Citizenfour” as “really, the pinnacle of my filmmaking career.”
Jonathan Sehring, the IFC Films president who was chiefly responsible for financing Richard Linklater’s eventual Oscar-winner “Boyhood,” felt similarly proud of his team’s achievement. “I think we made the best independent film of all time,” he said.
Sehring, like Poitras, appeared calm before the storm – remarkable considering the tight race between “Boyhood” and “Birdman” for Best Picture and Director during much of the latter half of awards season. “Birdman” went on to eventually win both awards. Asked if he was looking forward to the end of campaigning on behalf of his 12-year passion project, Sehring said, “No. The ‘Boyhood’ ride will never be over. We didn’t want the movie to end and everybody’s had such a great time this awards season.”
Another nominee who clearly enjoyed herself this awards season and wasn’t looking forward to its imminent conclusion was “The Theory of Everything” nominee Felicity Jones, who couldn’t stop smiling during her brief time with us on the carpet shortly after Sehring was whisked away. “The Oscars is a dream!” she gushed at one point. “It’s one of those things that as a little girl you dream of.”
“Whiplash” writer/director Damien Chazelle — who lost out on his nomination for Best Adapted Screenplay, but saw his second feature go on to win three Oscars for Best Supporting Actor, Best Editing and Best Sound Mixing — spoke similarly of his first Oscars experience with Indiewire following Jones’ departure. “It does feel like a dream,” he said. “I’m going to wake up tomorrow and be like, ‘None of that ever happened.'” Chazelle revealed to Indiewire that he’s a “total Oscars junkie,” so to be at the event, nominated, was “special and extra surreal.”
Asked what most surprised him about his first experience on the grueling film awards circuit, the filmmaker said, “I didn’t expect it to be as tiring. Naively, I was like, ‘Oh, whatever.'” 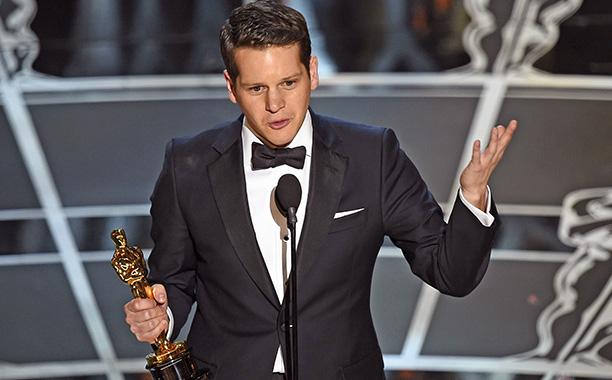 While Graham Moore — the 33-year-old “Imitation Game” screenwriter who would later go on to beat Chazelle to win the Oscar for Best Adapted Screenplay — expressed that he too was feeling the grind of the season, he acknowledged the privilege that he shared with his fellow nominees. “I mean, this weekend was just attending parties,” he said, laughing. “One wants to complain about, ‘Oh god, it’s so hard to be whisked in cars from champagne-drenched party to champagne-drenched party.’ It’s not the hardest work I’ve ever done in my life.”
He slyly referenced the party circuit for his movie, which began back at the Telluride Film Festival last fall. “What I’ve loved about awards season is I’ve had time to ramp up my alcohol consumption,” he said. “I didn’t just dive into this weekend right away. We had film festivals and various premieres things in the fall so my tolerance has been built up over the last six months. I feel impervious.”
One person who was not visibly exhausted by the race was arguably the hardest working of all the nominees: Alexandre Desplat. The incredibly prolific film composer was walking the carpet in honor of not one but two films for which he was nominated for Best Original Score. Shortly after talking to Indiewire, he would go on to accept his first Oscar for his work on “The Grand Budapest Hotel” — and lose for “Imitation Game.” Asked how he keeps up his remarkable pace, he exclaimed, “I’ll sleep in my grave!” On a more serious note, he added, “I have to work. Every month is a new beautiful project coming towards me. What should I do? Rest?”
For more quotes from the evening, check out Indiewire’s top highlights from the red carpet here. For a report from backstage following the red carpet circus, check out Thompson on Hollywood’s highlights here. And here’s a report from inside the ceremony and its aftermath. Below are more photos taken by Indiewire on the carpet. 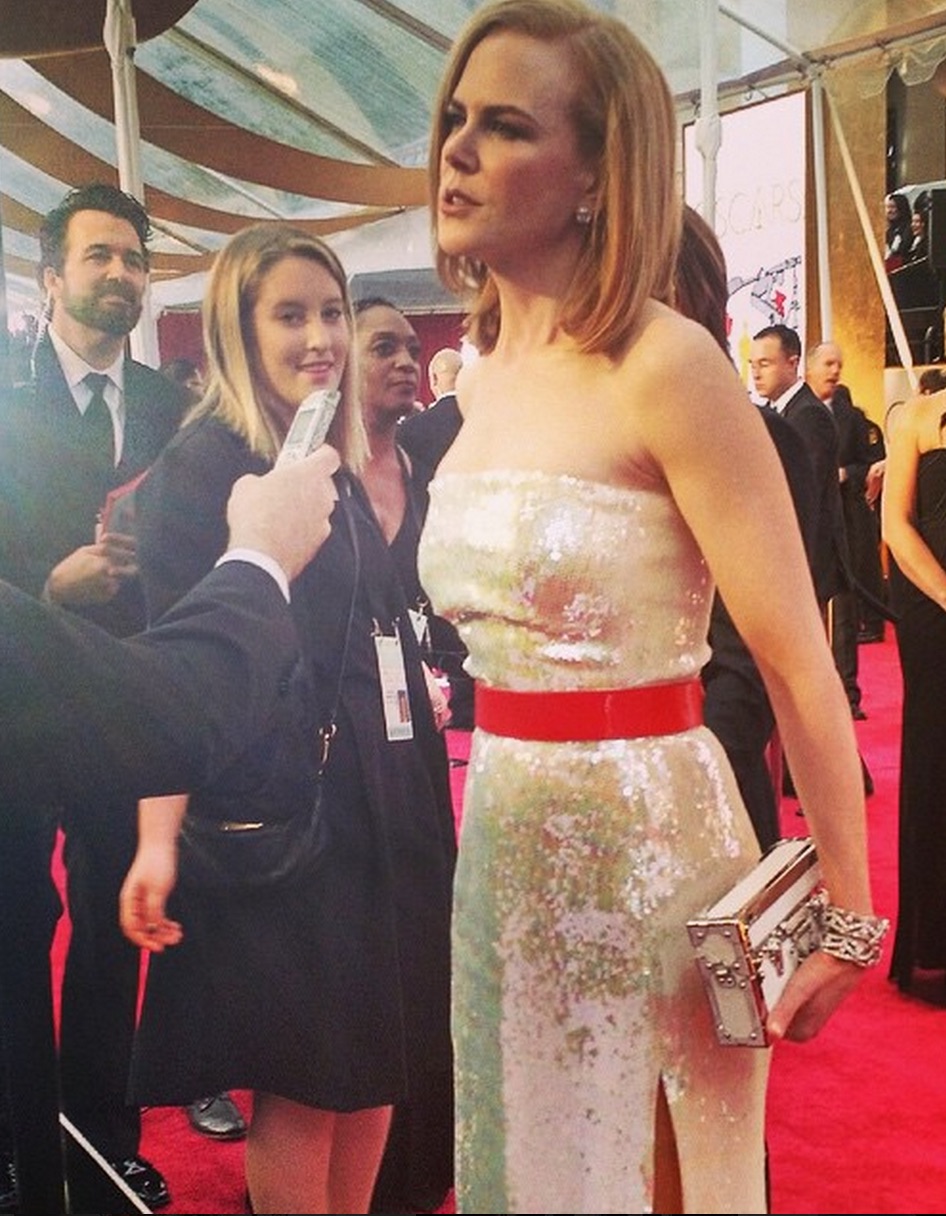 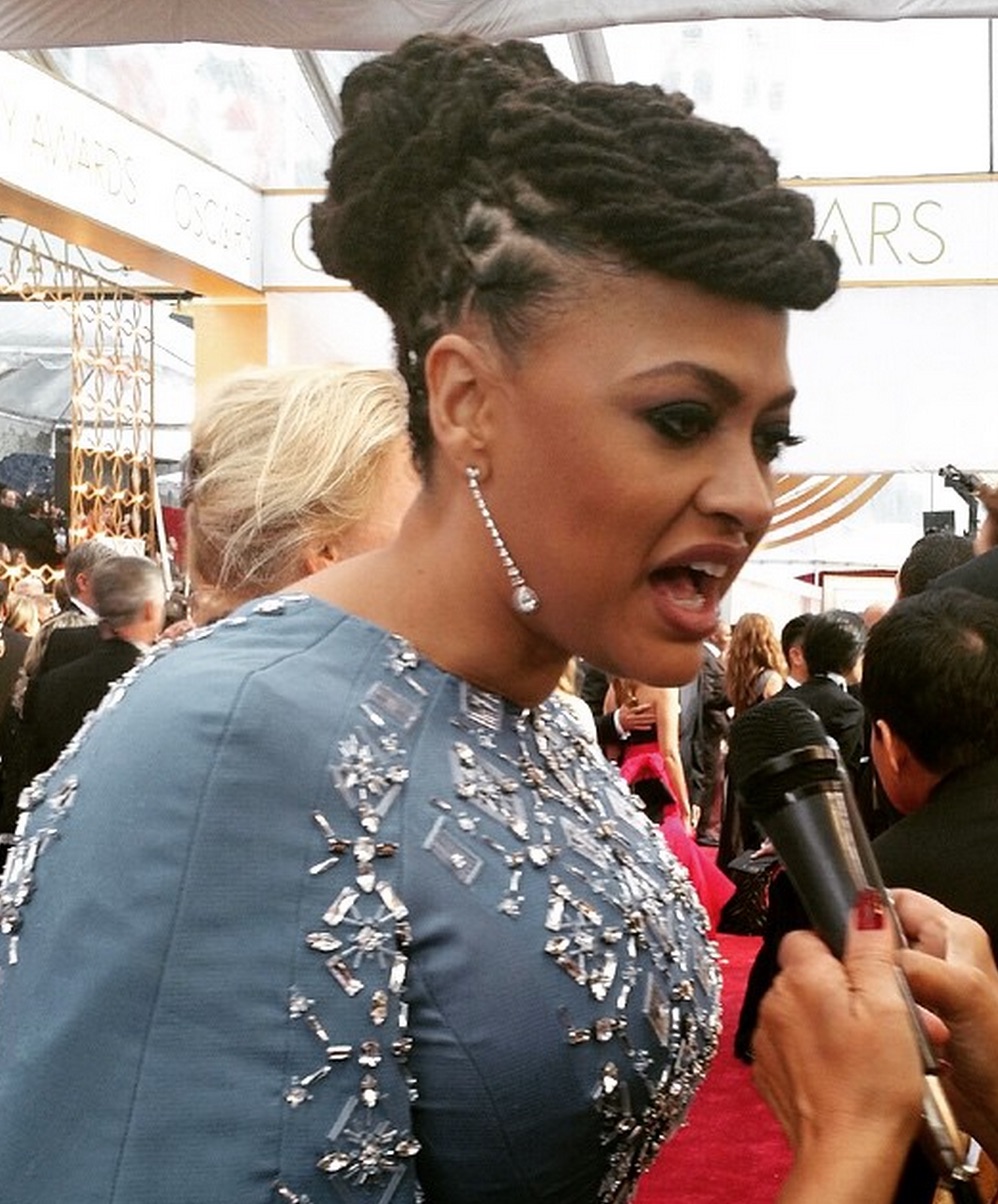 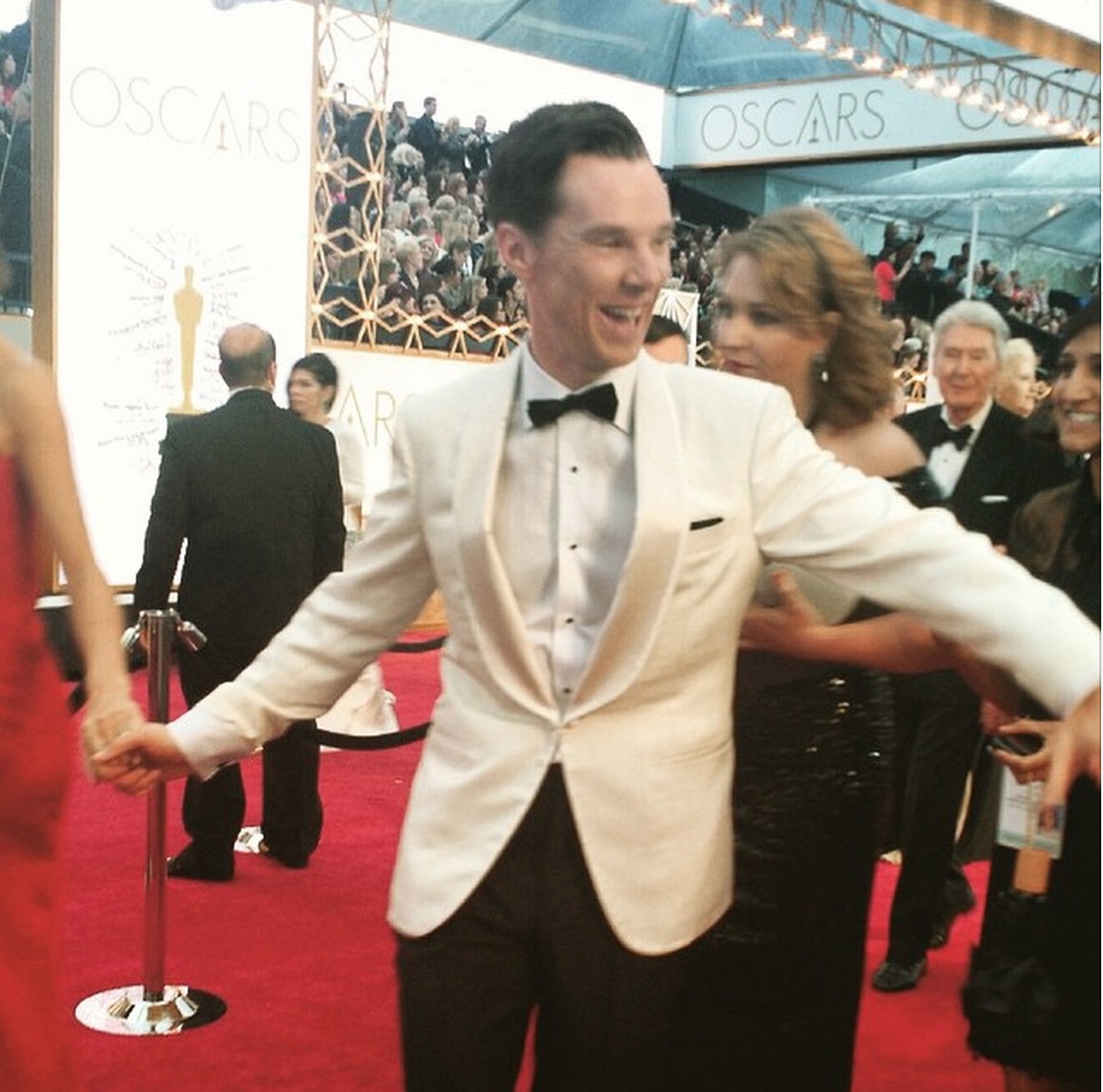 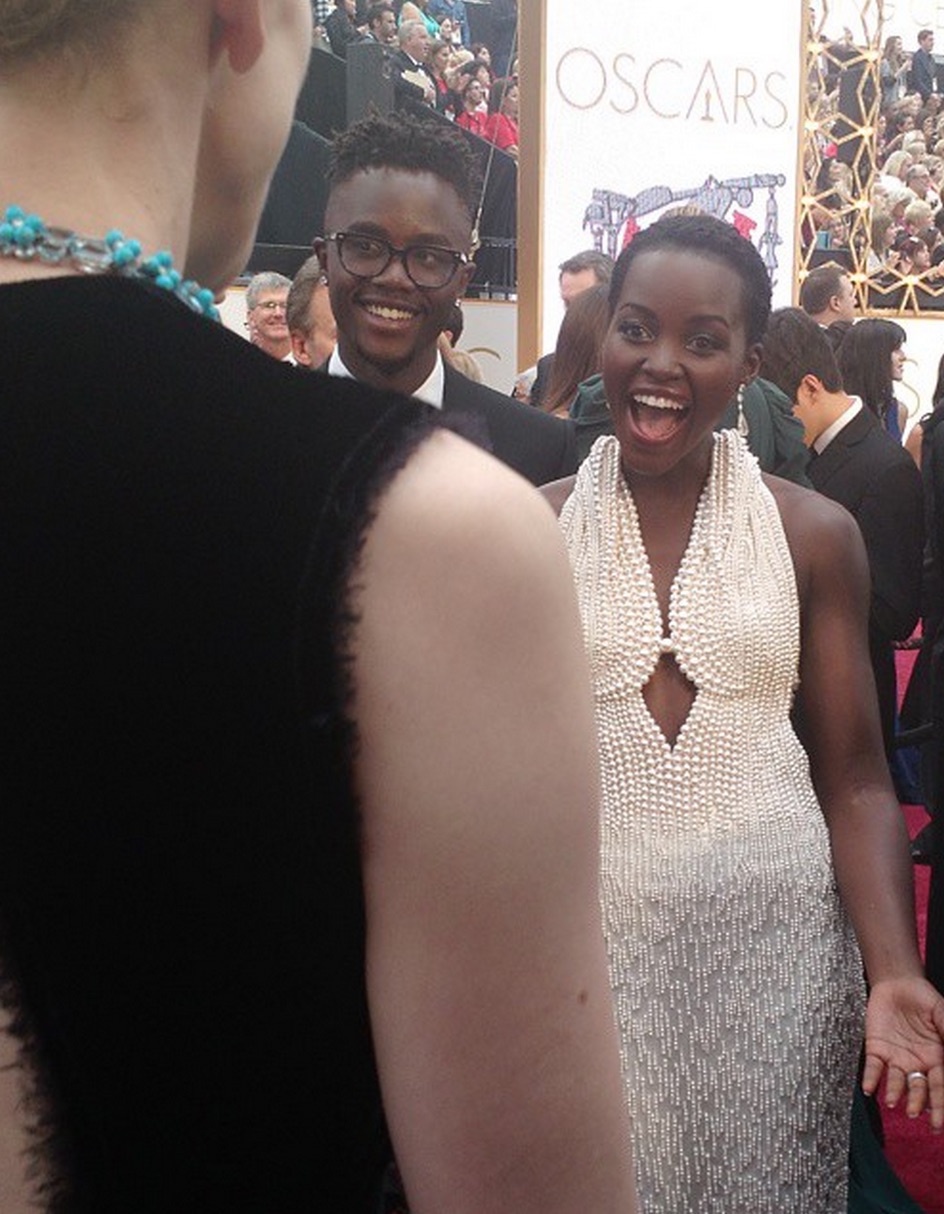 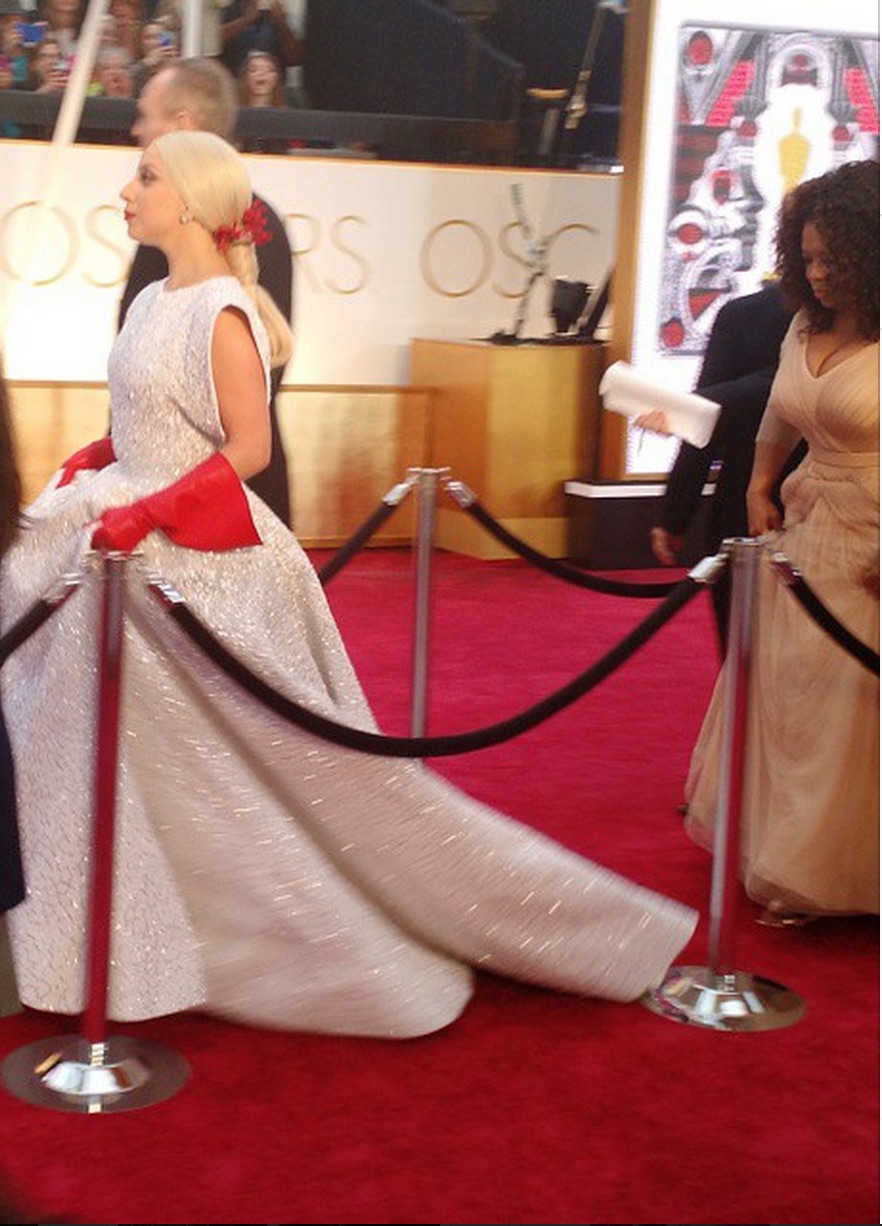 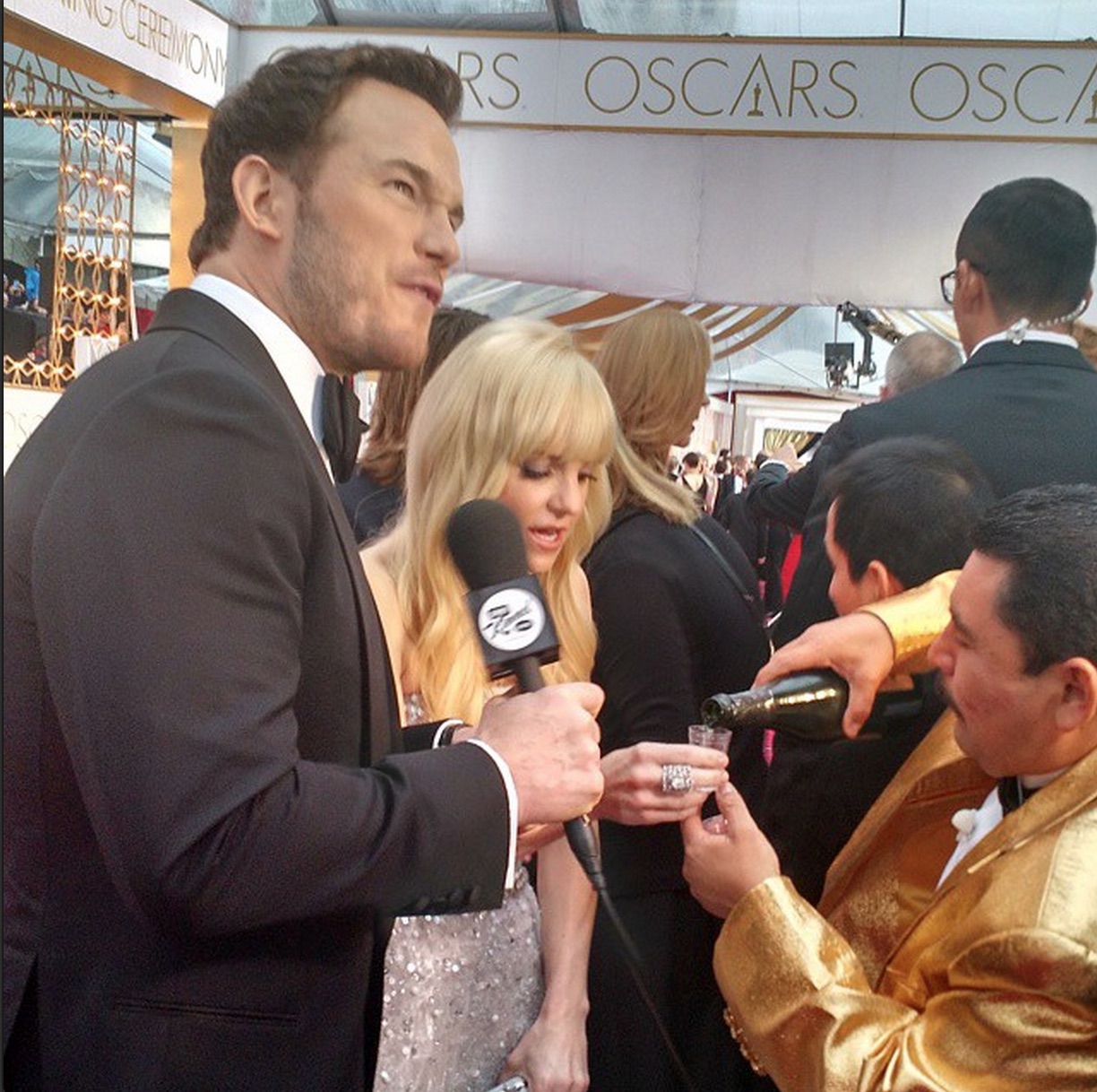 This Article is related to: Awards and tagged Academy Awards, Boyhood, Citizenfour, Felicity Jones, Laura Poitras, Oscars 2015, The Theory of Everything