'Maps to the Stars' Reviews: Bitterly Funny or Just Bitter? 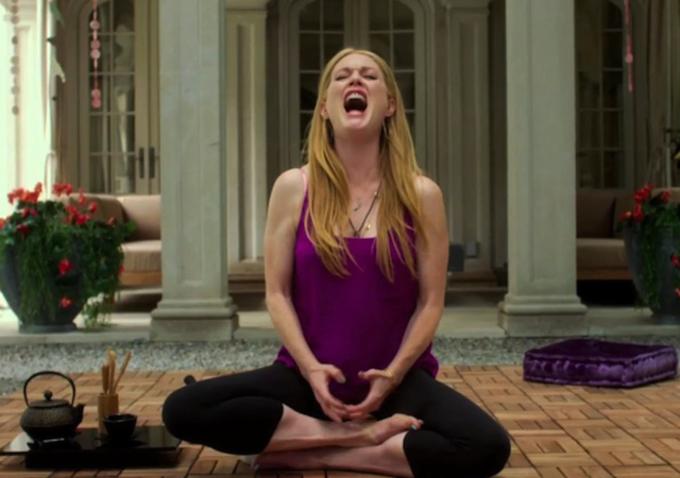 When “Maps to the Stars” premiered at Cannes last year, critics were split between those who found it bitterly funny and those who found it just plain bitter and sour. Julianne Moore won Best Actress at Cannes for the film, and John Waters put it as his number one film of the year, saying “I love this film more than I love my own mustache.” But as the film toured the fall festival circuit, the reviews didn’t get any less mixed.

Things haven’t changed. Those who like “Maps to the Stars” really like it, calling it a tense, scary, nasty comedy that’s Hollywood satire by way of Jacobean revenge story (which sounds like my kind of movie). Those who don’t like it find Cronenberg and screenwriter Bruce Wagner’s vision of La-La Land as a toxic world of has-beens and wannabes more than a little familiar. Fans of the director, then, are definitely going to want to see it and debate over whether it’s his best in years or his worst.

“Maps to the Stars” hits theaters and VOD providers February 27.

“Maps to the Stars” is a tense and scary movie, unwholesome in the hold that it has on the audience. Perhaps, in the end, it is too extravagantly cynical to be entirely truthful about Hollywood and LA, but it has a Jacobean power, the kind of thing that John Webster or Thomas Middleton and William Rowley might write if they were living in the 21st century: a claustrophobic nightmare of despair. Read more.

It hovers in the ether above reality, as if the director of “The Fly,” “A History of Violence” and “Cosmopolis” managed to get his hands on a rogue script for TV’s “Entourage” and up the weird factor tenfold. Some of this creepy portrait of Beverly Hills screw-ups is deeply silly – here’s looking at you, John Cusack as a self-help guru with a nasty past – but it has just enough venomous bite to leave you feeling poisoned simply from being in the company of these gargoyles for two hours. Read more.

The screenplay, written by the novelist Bruce Wagner, has a little in common with Robert Altman’s “The Player” and David Lynch’s “Mulholland Drive.” But Cronenberg’s film takes place in a kind of pharmaceutically heightened hyper-reality of its own: it’s not so much a twisted dream of making it in show-business, as a writhing, hissing, Hollywood waking nightmare. Read more.

But as satire, “Maps To The Stars” is as shallow as its characters. The main impression it imparts is that even a master like Cronenberg can’t escape Hollywood’s perpetual spiral of old ideas. And advocating to burn the whole city down is one of its oldest. Read more.

While not the director’s canniest piece of filmmaking, it’s unquestionably his angriest, politically motivated achievement. Every missive hits its target hard with a comedy-horror combo aimed squarely at the kind of commercial stupidity that Cronenberg has avoided throughout his 45-year career. Read more.

“Maps To The Stars” is never less than queasily compelling, and while some of its jabs feel like the sort of look-how-naughty self-flagellation that’s been the default mode of Hollywood satires since “The Player,” Cronenberg’s film is ultimately uglier and less forgiving than the sort of movie the town usually makes when it turns its camera on itself. Read more.

And yet “Maps to the Stars” still might be the least fascinating film this most interesting of filmmakers has yet made. It’s not that the film’s steady, flat tone gets old; it’s just that there’s not much else to dig up after a handful of minutes. A lampoon of a Hollywood lampoon is still a Hollywood lampoon. It’s a one-trick pony that eventually tries to turn weird; Wagner allows the third act to descend into Grand Guignol murder and mayhem. Any other director would have gone full tilt boogie with this, but Cronenberg actually underplays the ultraviolence, even making an apparent joke out of one fit of monstrously unconvincing CGI — as though unconvincing cinema had invaded this unconvincing world. Read more.

Where his last film, the nightmarish limousine tour of New York in the era of late capitalism, “Cosmopolis,” felt merely musty, his latest, “Maps to the Stars,” an exposé of the narcissistic excesses of the self-immolating Hollywood machine, feels wholly mothballed. There might be a few rubes out there shocked and surprised by the increasingly improbable behaviors of the film’s cast of burn-outs (Evan Bird’s rehabbing child star Benjie), has-beens (Julianne Moore’s Havanna, an actress well past her prime, trying to desperately to win a role in a remake played by her mother in the original), wannabes (Mia Wasikowska’s Agatha, a naïf who arrives in Tinseltown at the film’s outset lugging a suitcase, some burn scars, and an opaque past), and never-wills (Robert Pattinson’s limo driving, ever-auditioning Jerome), but this is territory well trod and trampled. Read more.

This screenwriter’s pitiless perspective on the vanity and greed of the famous, the once famous, and the would-be famous would seem to be a good match with this director’s clinical eye and sick sense of humor. But “Maps to the Stars” takes place in a world that’s so blankly amoral, so devoid of the most basic ethical framework, that in many scenes it’s unclear which set of appalling on-screen behaviors we’re meant to be most sickened by. When every character is always operating at maximum loathsomeness, it can be difficult to recalibrate your disgust-o-meter. I suspect this sense of moral vertigo, and the resulting nausea, is part of what Cronenberg is after, but his skill at evoking those states in the viewer doesn’t make the experience of watching “Maps to the Stars” any less sour. Read more.

Based on a script by novelist Bruce Wagner, whose “I’m Losing You” covered similar territory, the film marks another noteworthy aesthetic departure for Cronenberg after the stately elegance of “A Dangerous Method” and the hermetically sealed “Cosmopolis.” “Maps to the Stars” is a scabrous, etched-in-acid comedy that digs deeper into the perversions and pathologies undergirding the Dream Factory than anything since “Mulholland Drive.” Read more.

The fact that Cronenberg directed almost works against “Maps to the Stars”: We expect greatness from him, not just proficiency, and he doesn’t exactly have a gift for comedy, not even the black kind. But the movie still has the darkly glittering Cronenberg touch, even if it’s just a light brushing. Read more.

This Article is related to: Reviews and tagged David Cronenberg, Julianne Moore, Maps to the Stars, Reviews