This Kurt Vonnegut Jr. Documentary Has Taken 33 Years...And It's Not Done Yet 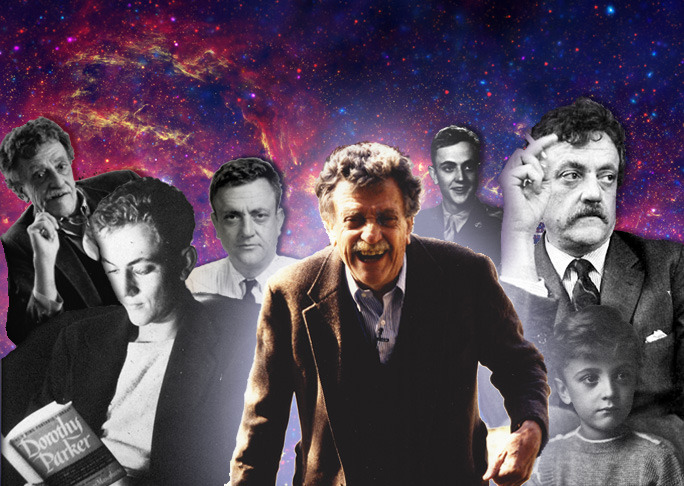 Back in 1982, 22-year-old novice documentary filmmaker Robert Weide wrote a fan letter to his idol, novelist Kurt Vonnegut, asking if he’d be interested in a documentary about his work and life. Vonnegut agreed, although he couldn’t imagine anyone would be interested in a film about a writer. “He said, ‘I don’t know how you make a film about me, but you’re welcome to try,” Weide told Indiewire.

Fast forward 33 years. Weide has since directed four acclaimed, award-winning documentaries on comedians, including W.C. Fields, Mort Sahl, Lenny Bruce and Woody Allen. He was also the principal director and an executive producer of “Curb Your Enthusiasm” for the show’s first five years.

Vonnegut died in 2007 and now Weide and documentary filmmaker Don Argott have turned to Kickstarter to raise $250,000 to bring “Kurt Vonnegut: Unstuck in Time” to life.

“It’s always been a question of either not having the money or not having the time — but certainly a question of not having both at the same time,” said Weide, who recalled how when he wrote his initial letter to Vonnegut, he assured him that he could arrange for financing immediately. “I said I could probably have the film ready in the next year. This was in 1982. Finally, in 1988, the WNET series out of New York ‘American Masters’ gave me some seed money to film an event that was happening with Kurt up in Buffalo.”

After that, without additional funds coming in, Weide said he would pay out-of-pocket and film Vonnegut on various occasions over the years. In 1994, Weide filmed Vonnegut as he returned to his hometown of Indianapolis to visit his grade school and his high school. Over the years, Weide became good friends with the author and wrote and produced the 1996 adaptation of Vonnegut’s “Mother Night.” He got sidetracked by other projects.

“The film was not only not making money for me, but it was a big cost. To date, I’ve probably put between $60-70,000 on this thing,” said Weide. “So, of course, when job offers came alone that paid money, I took them. I couldn’t spend my whole life working on this project. It wasn’t going to help me pay the bills.”

Ironically, some of the other projects which Weide pursued also took years to make. For instance, his 1988 Lenny Bruce documentary took him 13 years to produce. “My running joke at the time was that I wasn’t sure if I should have it released or Bar Mitzvah’d,” he joked. Once “Lenny Bruce: Swear to Tell the Truth” was nominated for an Academy Award, Weide assumed it would make it easier to fund the Vonnegut documentary. But then he got a call from his old friend Larry David, which led to “Curb Your Enthusiasm.”

By the time Weide returned to the Vonnegut project, it was clear the perspective had changed. He was no longer just a fan, but an Academy Award-nominated filmmaker who was a colleague and friend of Vonnegut’s. Weide and Vonnegut aged on camera over the years and the tone of the film changed as their relationship shifted. That relationship — and the fact that the film took so long to make — is now part of the film. “I’m not crazy about being on camera. I’m not Morgan Spurlock or Michael Moore,” joked Weide.

Over the years, the technology changed as well. “I started shooting on 16mm film and at the time, transferred it all to 1-inch video, so at some point, in the late ’80s, it was transferred to Beta SP. Now I’m transferring the footage for a third time to high-def,” said Weide, who’s hopeful that the Kickstarter campaign will finally bring the project to fruition.

“Everyone’s made such a big fuss about ‘Boyhood.’ I really loved it, but when I saw it, I thought ‘Man, I’d give anything to just take 12 years to make a movie,” said Weide. “That for me is lightning fast.”

Find out more about the Kickstarter campaign here and watch the campaign video below:

READ MORE: Joan Didion’s Story to be Told, Thanks to Blockbuster Kickstarter Campaign