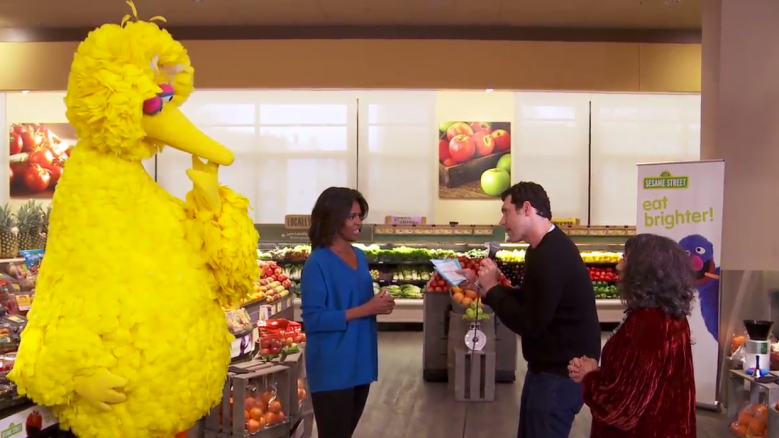 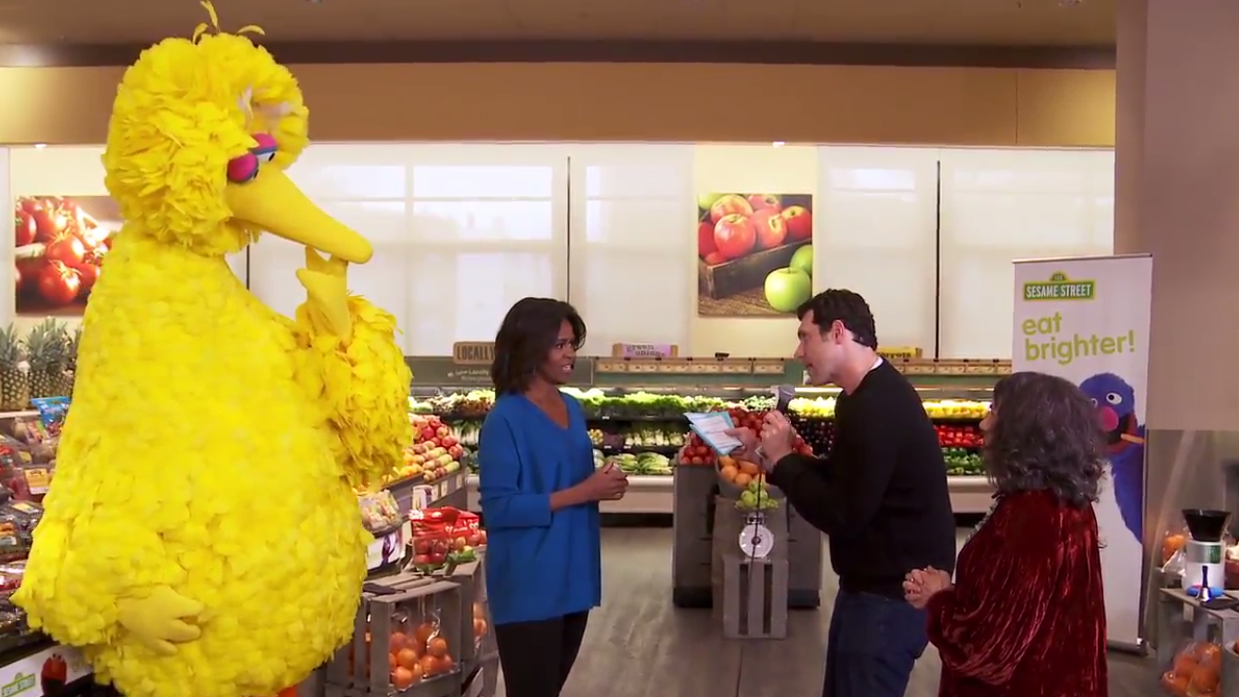 If you thought that Billy Eichner would tone down his volume out of respect for First Lady of the United States, Michelle Obama, you’d be wrong.
In this latest Funny or Die sketch, Eichner meets up with Obama, Big Bird and “Billy on the Street” favorite Elena in a grocery store to celebrate the 5th anniversary of Obama’s “Let’s Move” campaign. Here, he challenges the team to a game of “Ariana Grande or Eating a Carrot?”
Even having someone as prestigious as the first lady on his show doesn’t stop Eichner from hitting his usual level of volume, or using his signature style. Highlights from the sketch include the first lady pushing Eichner around in a shopping cart while he reads Gwyneth Paltrow’s “Shakespeare in Love” Oscar acceptance speech and Big Bird inexplicably knowing the cast and theme song of “The Facts of Life.”
READ MORE: Watch: Billy Eichner Screams on ‘Late Show’ and David Letterman LOVES It

This Article is related to: News and tagged Big Bird, Billy Eichner, Funny or Die