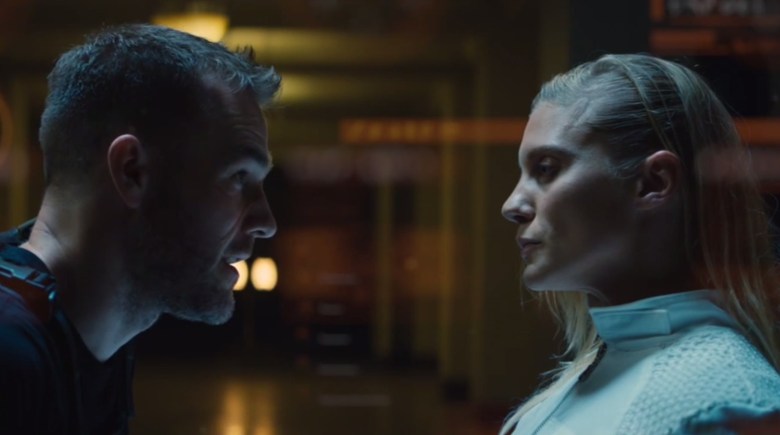 Ever wondered what happened when the Mighty Morphin’ Power Rangers grew up? Well, apparently Adi Shankar did — so much so that he produced “Power/Rangers,” a bootleg short film of the concept (a new installment in what he refers to as “The Bootleg Universe”). Directed by Joseph Kahn, this quick take on the PTSD-ridden rangers (and the mysterious person killing them off one by one) stars James van der Beek (!!) and Katee Sackhoff (!!!).
It’s certainly a dark take on the Power Rangers — as Arts.Mic points out, it’s definitely been been hit with some “Bayization” (think “Transformers”) — which makes sense, because it was created for and by ’90s children who grew up and “yearn[ed] for something darker and grittier.”

At any rate, the full film is available online, so make sure and check out the video below — because come on, you know you’ve always wanted to see heavily-scarred Red Ranger James van der Beek interrogate Pink Ranger Katey Sackoff in a post-apocalyptic glass box.