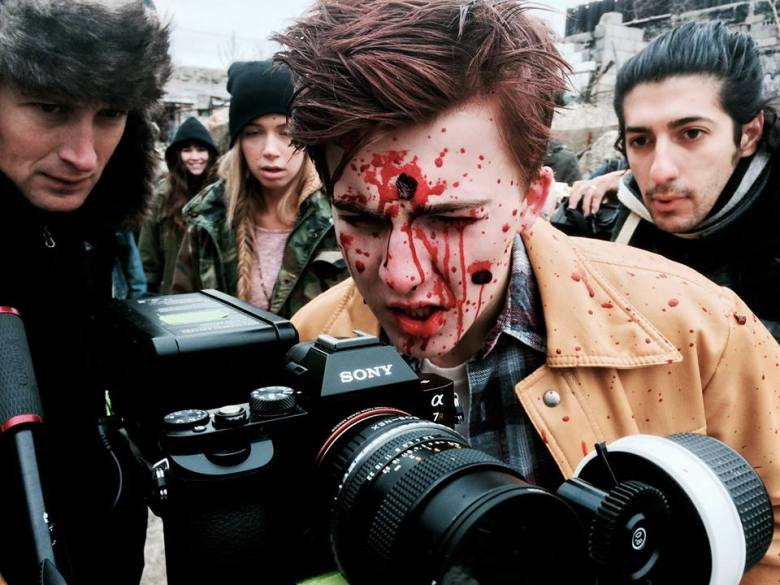 When people ask me, “How does one make a film as a teenager?” I know they probably think the question itself is absurd. As an 18-year-old filmmaker, even I think it seems crazy. Every day before I hop out of bed I ask myself the same question, “How am I doing this?”

There’s not really a clear answer. Most teenagers today aren’t thinking about what they aspire to be or where they’ll end up in life. That’s actually the last thing they’re worried about. Most guys my age are just trying to impress the ladies by drinking or getting high.

Welcome to my artistically bizarre teenage life. Now living in Chicago, I’m an actor, director, producer and writer, hailing from Detroit. Towards the end of my childhood, being in front of the camera had captivated me. But I was constantly curious about what it would be like to be behind the camera directing and/or producing or else writing an original script.

It wasn’t until I shot my documentary “Madman or Martyr,” a 40-minute documentary about abolitionist John Brown and his role in the Detroit hub of the Underground Railroad, that I truly knew I had a distinct vision and voice worthy of sharing.

I recently wrapped my fourth film, “King Ripple.” We just completed principal photography in Detroit. It was definitely the hardest film I’ve ever shot and the most challenging story to tell. First, we shot in the wastelands of Detroit where  gang-bangers and arsonists roamed the empty streets. Secondly, the whole film took place outside, which called for all exterior locations.

As a director, it was my idea to shoot the film in the winter. I wanted to capture as much abandonment, isolation, coldness and emptiness of the city as possible. I pretty much ordered the crew to dress warm and think “grey.” I wanted a grey sky and I wanted to capture every single breath of bitterness coming from the character’s mouth. 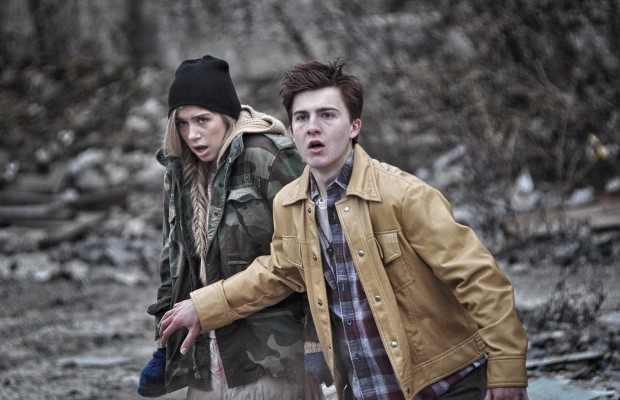 The look and style of this film was very critical to me… It needed to be organically natural with neutral colors and a stark contrast with low light. I wanted to blend grittiness with reality so the story would feel absolutely raw. Pretty much what it came down to was that not a single leaf could be left on a tree or else I would just simply pull the plug and patiently wait to shoot. We aimed for a feeling of mystery. We spiced up the elements of fantasy-thriller with horror and suspense. Since the story is filled with imagery, we had to capture these beautiful ruins with a certain sense of not only doom, but also mystery and hope. I call it the translation of desolation.

So, we ended up pushing the shoot a few weeks back to wait on Mother Nature to go on a voyage and hibernate in her cave. Plus, we also had to accommodate a few schedules with cast and crew.

Scheduling is key when it comes to making a film. So, at the end of the day, everything had to seem, feel, or look empty…as if we were stepping on the land’s spine. It was a very complex story and we were dealing with nasty conditions every day we shot. Every day before we began to shoot, I asked the crew to imagine hiking through the Alps barefoot. We were dealing with near freezing temps that became unbearable, but we somehow managed to get through it successfully — although, I still remember getting ready to direct a scene and looking down at my hands. I watched them literally crack and bleed right in front of my eyes.

Trying to be a teenage filmmaker or a young Orson Welles is kinda ridiculous. You have to follow your own path – and some days it feels as if I just got dropped off on the side of the road going cross country along Route 66 and somehow got swept into this business.

Everyone’s always saying you need X amount of dollars to do this and do that and all that bologna, but what I say is do what you can with whatever you can get — whether it’s pocket change, birthday bucks, or even pennies and nickels collected in a jar. Just go out there and DO it! It’s as plain and simple as that…. JUST DO IT!  Like get on it tonight… Or like NOW!

If you don’t do it you won’t ever learn how to DO it! Nobody can DO it for you… You’re the only one with your particular vision.

The same applies to when you’re writing. How will you know what to write until you write it!? Who cares if it’s good or bad… Just do it.

Don’t let your location stop you. No matter where you are located on this earth, you can film.

One other tip: if at all possible, try to get on a film set — no matter what position you’re offered. You’ve gotta start somewhere, so it as might as well just be here rather than waiting for it to be there.

As Frank Capra once said, “My advice to young filmmakers is this: don’t follow trends, start them!”

Luke Jaden is an 18-year-old writer, director, and producer. He is the founder of TROIKA, a Chicago/Detroit-based production company/music record label. He also founded the independent film production company, SOS Productions. “King Ripple” is currently in post-production and can expect a completion by the middle of 2015. For all other information on the film, visit http://kinotroika.com or http://www.frielfilms.com.  Follow us for news and updates on Facebook at King Ripple The Movie or on IMDB.

READ MORE: 3 Reasons Why It Sucks to be a Teenage Filmmaker

This Article is related to: Toolkit and tagged First Person, Student Filmmakers