Will Audiences Keep Dialing In To 'Better Call Saul'? 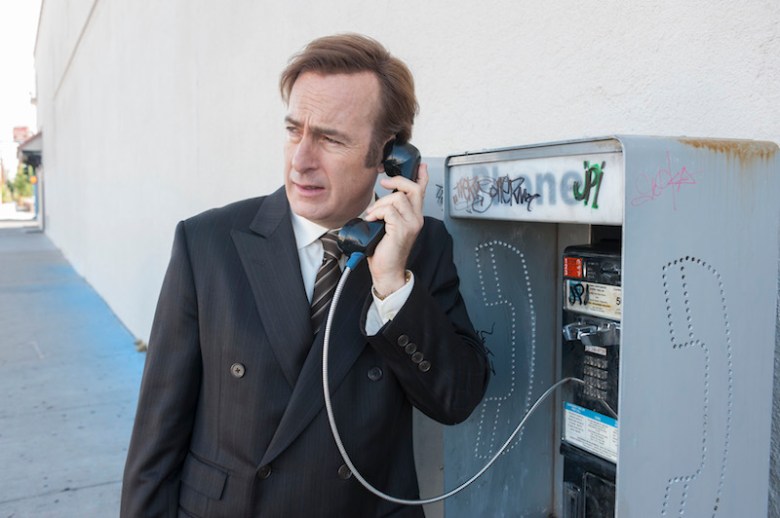 When “Better Call Saul” debuted on Sunday night, it broke a longstanding cable record. Its 4.4 million viewers in the coveted 18-49 demographic marks the highest tally ever for a series premiere, and its total viewership of 6.9 million is nothing to sneeze at either. For comparison’s sake, “Breaking Bad” only topped that number in its series finale and scored just 1.4 million viewers for its series premiere. Both shows were unleashed on Sunday nights, and both shows aired on AMC.

This, however, is where the comparisons end. Considering “Better Call Saul” is a spinoff a pre-existing — and very successful — property, its early ratings should be much higher than the Season 1 totals of “Breaking Bad.” A more telling statistic in regard to audience reaction arrived today in the form of the ratings for Episode 2. The follow-up to Sunday night’s series premiere dropped 52 percent in the key demo (49 percent overall) in its regular Monday night timeslot. For AMC, this is mostly good news. Though the network would have undoubtedly preferred to retain most if not all its viewers from the night before, Monday nights aren’t as popular as Sunday nights for live TV viewing. The Live+7 ratings will be a more accurate measurement of retainment, though they’ll have to be compared to the figures for Episode 1’s week-long pull, which should also see a boost.

Overall, it’s a great start for a hotly-anticipated series for fans and an important series for a network now without “Breaking Bad” and about to lose “Mad Men” this summer. But can a move from Sunday to Monday really account for losing more than half of your show’s total viewers? Are there other factors at play? Most importantly, after watching the first two episodes of a series already very different from its predecessor, do audiences want more of what they’ve seen? 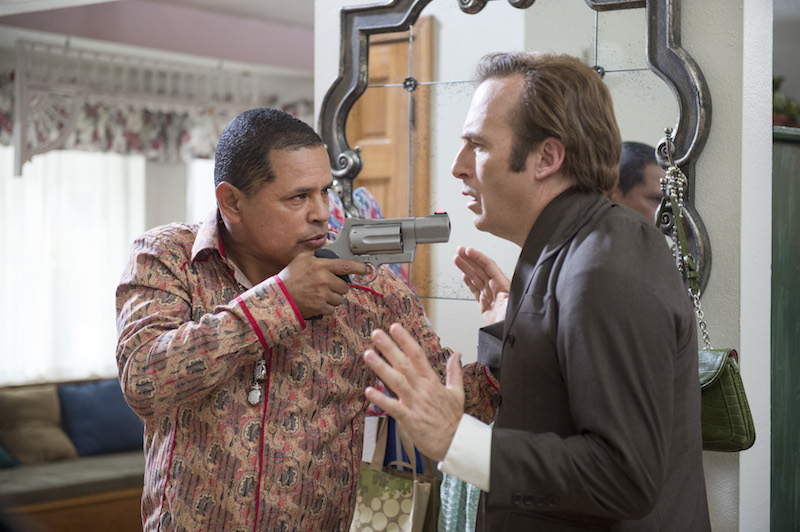 Viewers had to be pleased when they flipped over to AMC and saw the gorgeous opening moments of “Better Call Saul” told not in the past, but in the present — as in events happening after “Breaking Bad” ended. This Cinnabon-heavy few minutes may be the only time we ever get to spend in the A.W. (After Walter) timeline, and Saul’s new life was emotionally moving to say the least. Once a peppy lawyer with morals as questionable as his fashion sense, this incarnation of Saul is a cowering man-in-hiding intent on reliving the past. Bob Odenkirk, the man entrusted as the new face of the franchise, doesn’t disappoint throughout the first two episodes. He honors the series’ past while establishing a new present, establishing our new protagonist as more than just a fast-talking courtroom comedian.

But the “Breaking Bad” connections don’t totally disappear. Midway through the first episode, we meet Mike (Jonathan Banks), who’s working as a toll booth attendant at the court house parking lot. Mike doesn’t provide any hints to his alternate career path, but fans certainly know he’s much more than the “troll” Jimmy labels him. Also, at the end of Episode 1, we meet none other than Tuco (Raymond Cruz) himself, the impulsive drug dealer Hank took out at the end of Season 2.

This kind of familiarity breeds forgiveness. Fans of “Breaking Bad” may be more ready to overlook aspects of the series they may not like (which we’ll touch on in a minute) because of their nostalgia for what’s to come. If there wasn’t an already-established connection to these characters, perhaps they would have turned off the show after the premiere episode… 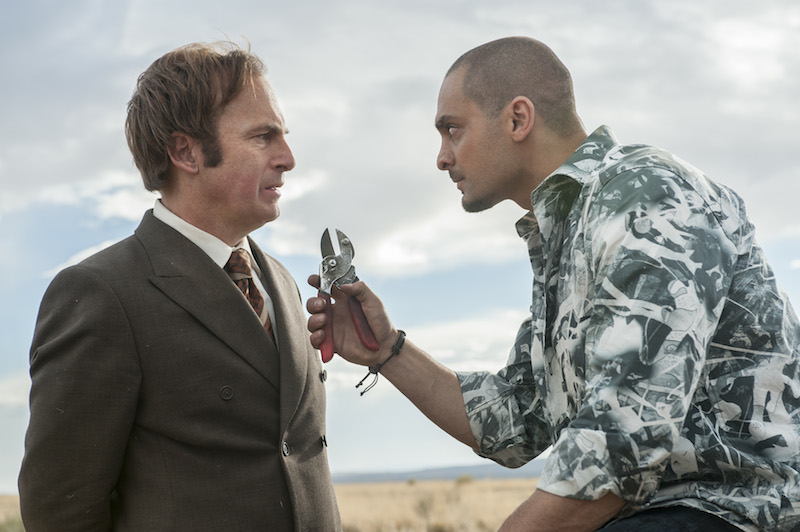 …or maybe they just didn’t tune in for Episode 2. “Uno” was a methodically slow introduction to “Better Call Saul,” making for an hour of television that felt much longer whether you enjoyed it or not. “Breaking Bad” is remembered best for its twists, thrills and camera tricks, few of which were incorporated into “Saul.” The latter of the group was nearly nonexistent. Gone were the GoPro shots from the viewpoint of a seemingly random inanimate object. Director and co-creator Vince Gilligan instead chose to establish a more static and grounded style of cinematography, which while beautiful and arresting for cinephiles, may have felt too old-fashioned for modern TV audiences.

The surprises that did make it in also face a problem unique to the prequel: Are we going to be as invested with what happens to Jimmy and Tuco if we know what happens to them down the line? The kicker for Episode 1 worked from a nostalgic angle (“Look! It’s that guy from “Breaking Bad”!), but not on a dramatic level. We know Tuco doesn’t kill Jimmy because Saul exists in the world of “Breaking Bad.” After a slow first hour, this ending may not have been enough for fans to reinvest in a new series.

One more angle that makes “Better Call Saul” less accessible than “Breaking Bad” is the plight of its protagonist. Walter White had cancer, so watching him slowly become the killer no one thought he was proved to be fascinating. The depths of his darkness were totally unknown, as was whether his new profession pushed him over the edge or it freed his innermost desires for the first time. The same cannot be said for Jimmy McGill. Watching Jimmy break bad isn’t as sympathetic a scenario, as we know his limits and, moreover, what happens to him. 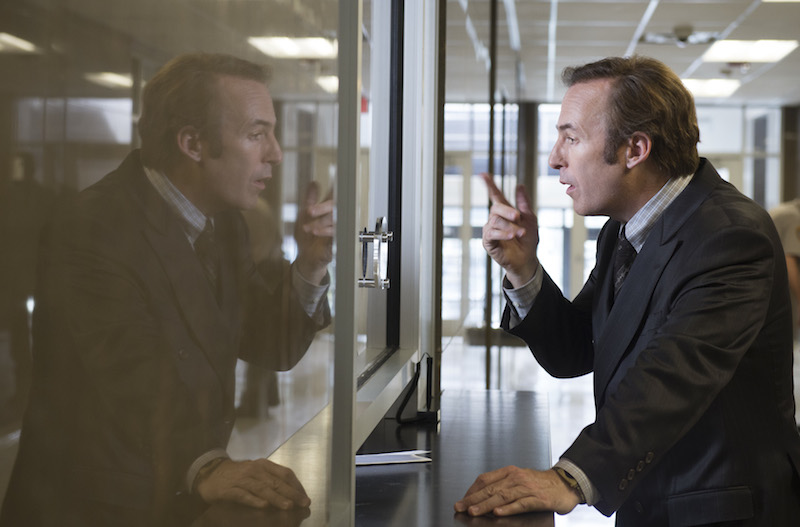 Or do we? Even though “Better Call Saul” is a prequel, that precedent doesn’t mean it can’t become something else down the line. Even if we only get one more scene in the black and white world of “now” — an addendum, if you will, to the tragic ending already flashed before us in the series’ opening moments — it could change everything. Saul may not have to end up the way Walter did (or Jesse, which could be worse). Remembering his early days as a lawyer could alter his perspective on the present, or an event shown in the new series could somehow cast new light on what will otherwise be an unbearably sad ending to Jimmy’s tale.

“Breaking Bad” always shocked us, even if many claimed to know what would happen at the very end. Most viewers were convinced, correctly, that Walter wouldn’t survive past the series finale. Yet there were many shifts, swings and surprises along the way that consistently altered the ultimate reaction to the ending. With Vince Gilligan behind “Better Call Saul,” we should expect nothing less from the new show. It may not be “Breaking Bad,” but the creator wouldn’t head into something directly related to his near-perfect series without having an excellent out. Perhaps, like the early days of “Breaking Bad” when fanfare was low and ratings were minimal, it will be best to stick things out. More may not always be good, but so far, it’s surely not “Bad.”