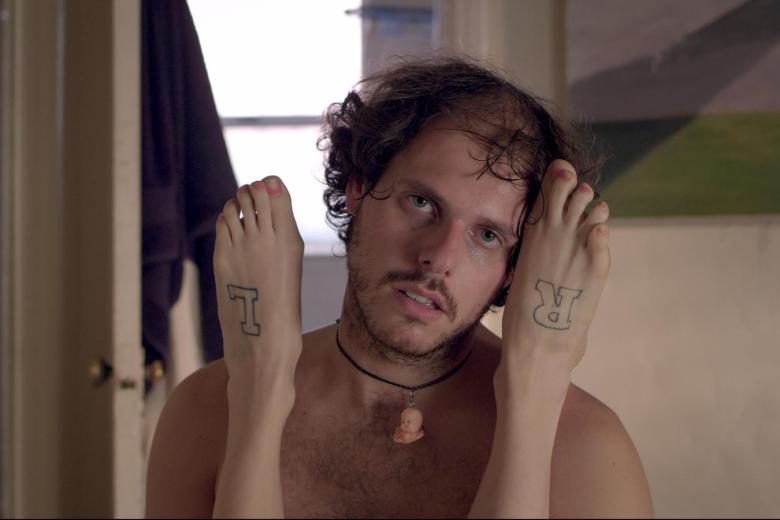 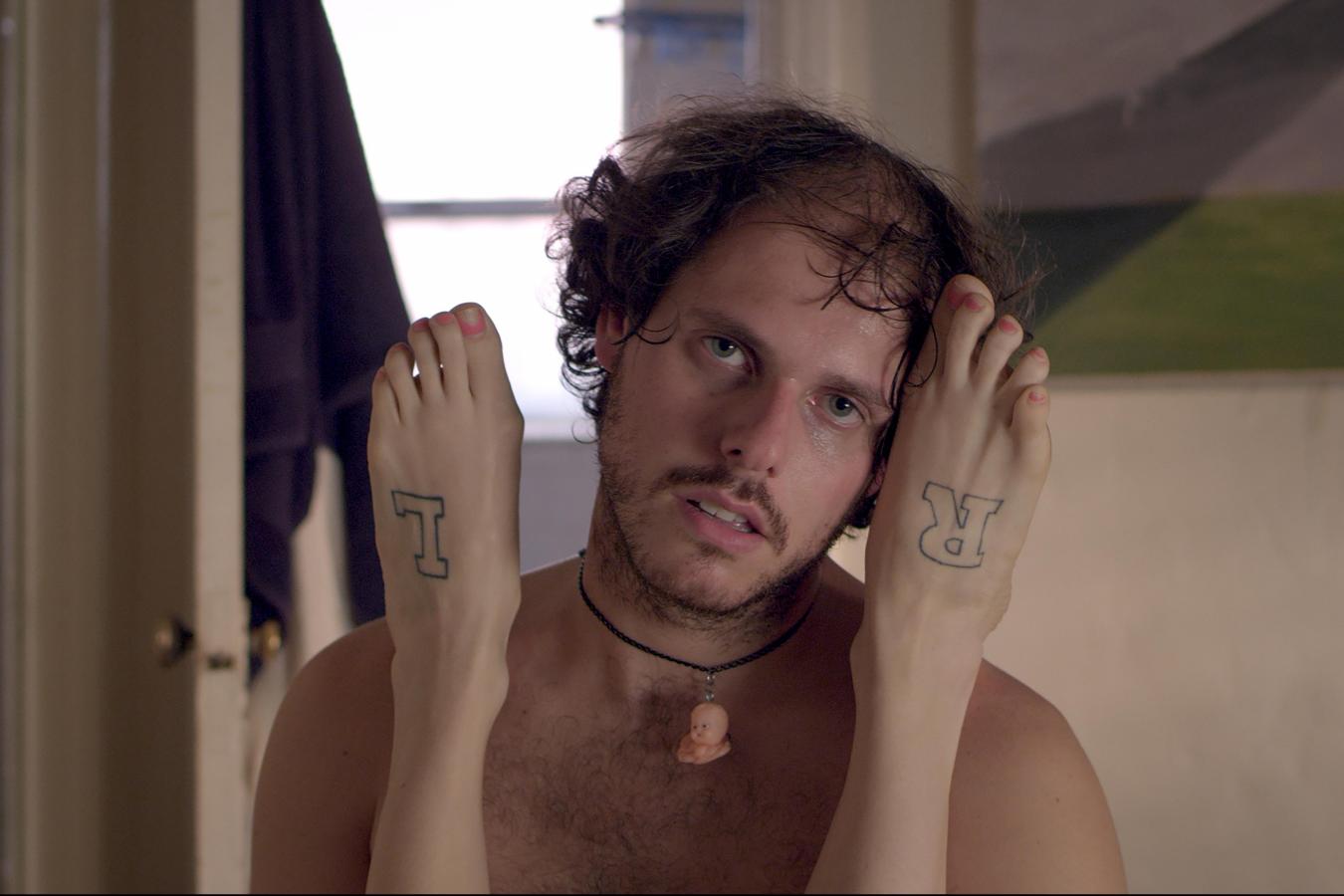 The SXSW Film Festival opens this Friday with “Brand: A Second Coming,” documentarian Ondi Timoner’s portrait of comedian Russell Brand, but it’s hardly the only game in town. While anticipation for that behind-the-scene peek remains high, big names don’t convey the full scope of the Austin festival’s lineup. Instead, SXSW prides itself on showcasing rising stars of the festival circuit, promising newcomers, and off-beat or otherwise funky topics that give the lively gathering its distinctive character.

With 100 world premieres in this year’s program, SXSW appeals to many different sensibilities. We suggest starting with the smaller, unusual titles that give the environment a unique flavor beyond the barbecue. Here are a few of those hip possibilities worthy of anticipation. 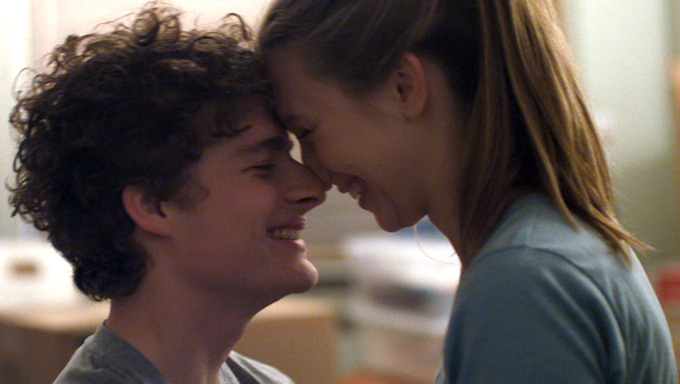 Writer-director Hannah Fidell wowed audiences at the 2013 Sundance Film Festival with her feature debut “A Teacher,” an unsettling drama about a relationship between a high school teacher and her student that was later released by Oscilloscope Laboratories. The following year, HBO swooped in to announce that the company would adapt Fidell’s debut as a series, with the Duplass brothers attached as executive producers. While it has yet to air, Fidell is back behind the camera with her sophomore feature “6 Years,” another film that probes a twisty relationship, albeit one much less outwardly provocative. The romance stars “American Horror Story” breakout Taissa Farmiga and Ben Rosenfield (“Boardwalk Empire”) as two halves of a couple who’ve been together since high school. “Bound by ideal love,” the relationship begins to “unravel as unexpected opportunities spin them down a volatile and violent path and threaten the future they had always imagined,” per the fest synopsis. If that’s not enticing enough, for fans of “A Teacher,” that film’s star, Lindsay Burdge, reunites with Fidell for their second film together in a supporting role. 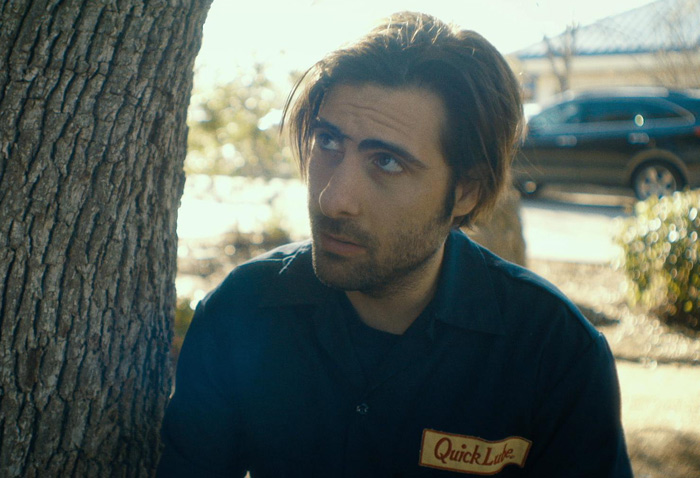 While perennial Austin-based filmmaker Robert Byington’s last comedy, “Somebody Up There Likes Me,” featured Nick Offerman, the irreverent filmmaker’s latest effort features another recognizable face of American comedy. Jason Schwartzman stars in this peculiar-sounding tale of an aimless alcoholic whose only reliable source of comfort is his French bulldog, portrayed by the actor’s real-life pet Arrow. In addition to Schwartzman, the movie features TV on the Radio’s Tunde Adebimpe as the main character’s equally idle friend, and Olympia Dukakis as the protagonist’s grandmother. Anyone who’s seen “Somebody Up There Likes Me” or “Harmony and Me” can testify to Byington’s knack for deadpan humor and an eye for turning sad, lonely figures into endearing focal points for exploring the anxieties of daily life. Those tendencies seem apt for this slim 76-minute project, which is said to feature Schwartzman in every scene. The actor has been on a roll lately, having starred in last year’s acerbic “Listen Up Philip” and recently stolen the show in the sex comedy “The Overnight” at Sundance. Byington’s ability to blend cheery and self-deprecating tones in his previous work bodes well for this team-up. 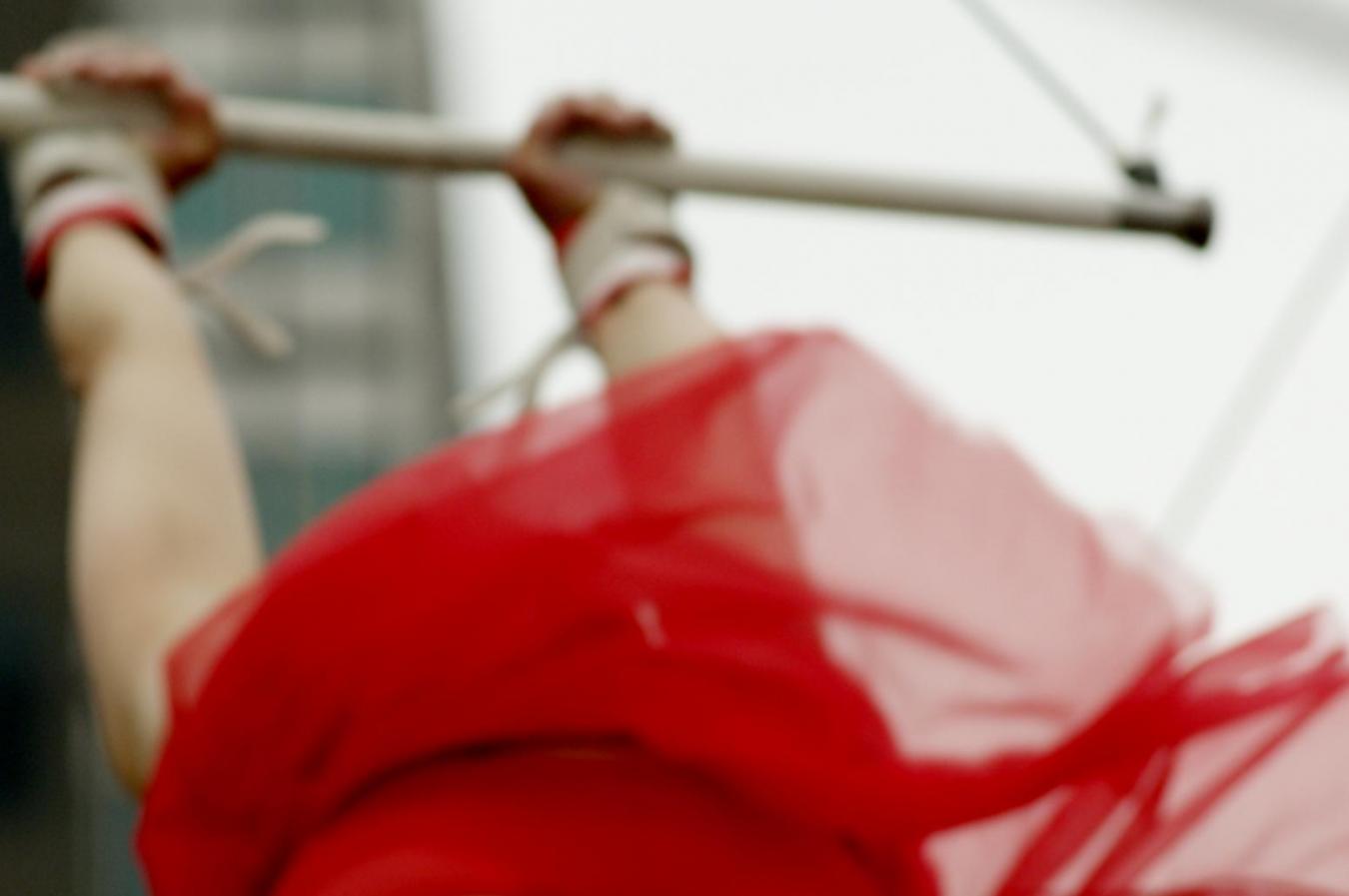 One of the most intriguing films set to premiere in the Documentary Competition at this year’s event comes from a filmmaker who’s no longer with us. “A Woman Like Me” promises a fascinating hybrid documentary that interweaves the real story of director Alex Sichel, who was diagnosed with metastatic breast cancer in 2011, with the fictional story of Anna Seashell (indie icon Lili Taylor), who faces the same diagnosis. “Maybe by rewriting fiction my reality can change,” Sichel says in the trailer for the film, “or maybe by looking at the fiction, I can face the reality as it is.” Sichel, whose 1997 feature “All Over Me” won the Teddy Award at the Berlin International Film Festival, passed away last summer from her illness. That sad development is sure to make the premiere of “A Woman Like Me” extremely emotional for Taylor, the film’s co-director Elizabeth Giamatti and everyone in attendance. 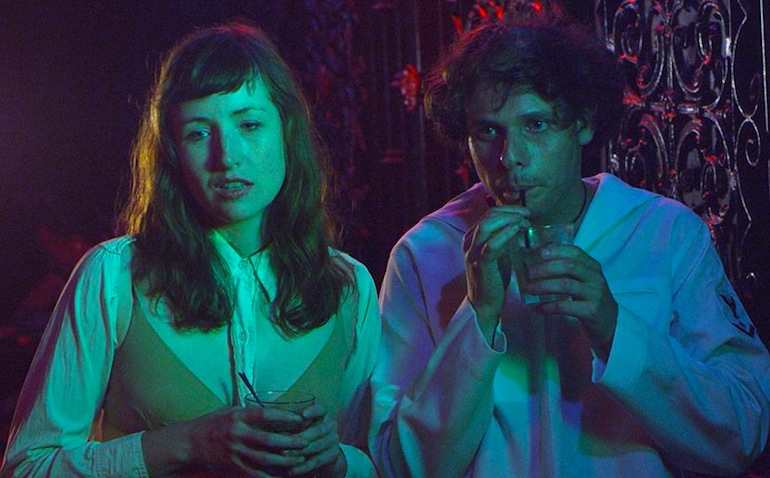 Eugene Kotylarenko follows up his experimental debut “0s and 1s” with a more mainstream narrative – and with it, the prospects of a larger audience. For his new project, he’s taken the meta route by pairing up with his ex-girlfriend, actress Kate Lyn Sheil, for a story about a woman named Kate who travels to Los Angeles in hopes of wrestling control of a clothing company from her ex, Eugene. The trailer hints at a freewheeling hard-R comedy populated by its fair share of L.A. eccentrics. The project doesn’t mark the first time Kotylarenko has used his work to explore his relationship with Sheil, who since leaving the filmmaker has gone on to become an indie stalwart, appearing in projects ranging from “Sun Don’t Shine” to “House of Cards.” Kotylarenko’s must-see web series “Skydiver” tracks the former couple from their courtship through their breakup. Watch it all unfold here. 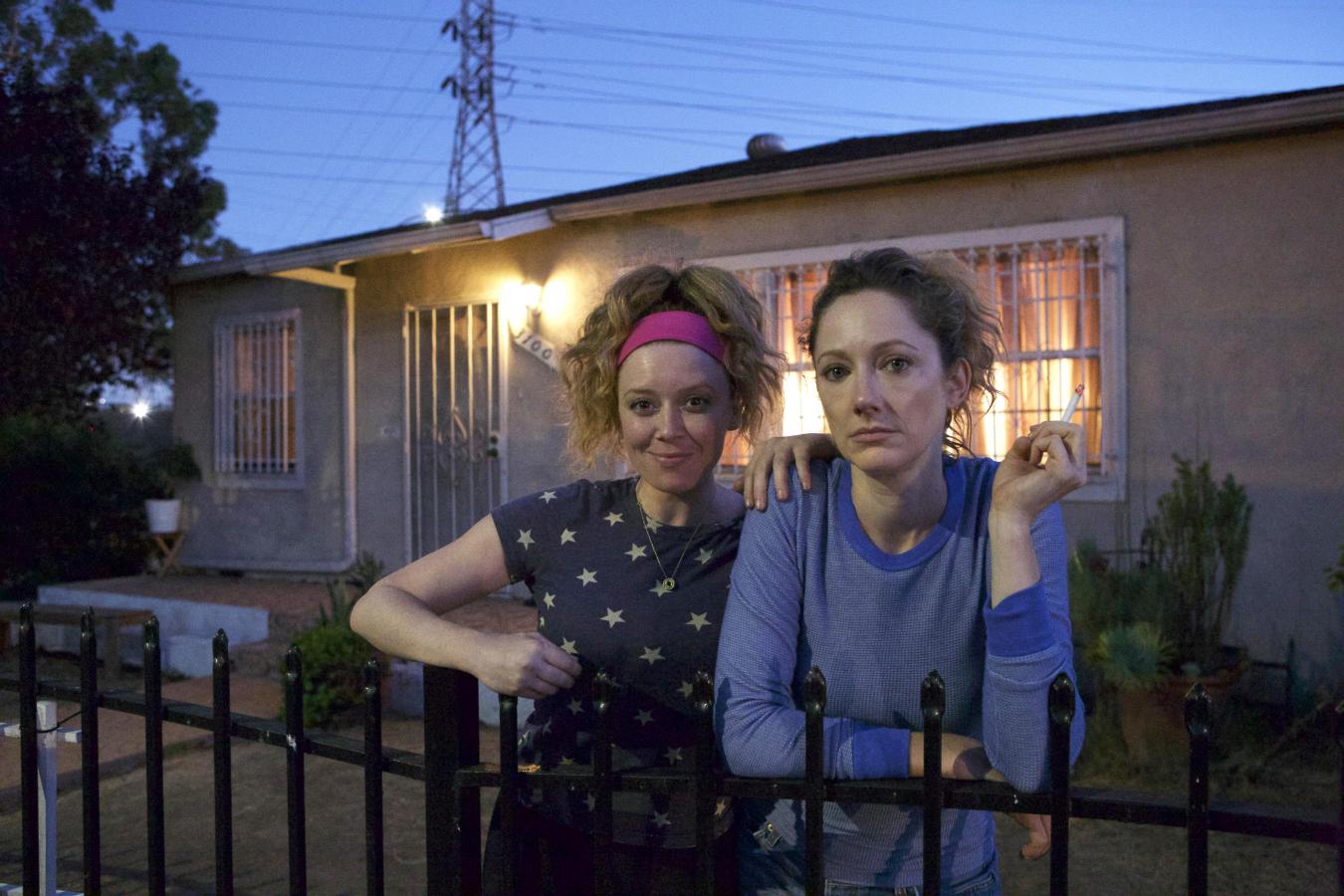 “But I’m a Cheerleader” director-actor duo Jamie Babbit and Natasha Lyonne reunite over a decade later for “Fresno,” a comedy that boasts arguably the strongest comedic cast of any film playing at SXSW. In addition to Lyonne, the ensemble includes Judy Greer, Aubrey Plaza, Molly Shannon, Fred Armisen, Ron Livingston, Allison Tolman and Clea DuVall, who also starred in the film that put Babbit and Lyonne on the map.

In “Fresno,” Lyonne and Greer play co-dependent sisters who work as hotel maids in the titular city. When Greer’s character accidentally kills a hotel guest, it’s up to her sister to cover up the crime. The premise sounds juicy and ripe for dark comedy — plus, Babbit worked wonders with Lyonne in her directorial debut that went on to become a cult phenomenon. Boasting a script by in-demand comedy writer Karey Dornetto (“Portlandia,” “Arrested Development,” “South Park”), this one has the potential to match its precedent.

Writer-director Benjamin Dickinson 2012 debut “First Winter” envisioned a post-apocalyptic scenario in which a bunch of self-absorbed Brooklyn hipsters wind up trapped in the countryside. Dickinson’s followup also tackles a near-future Brooklyn but offers a more topical hook: The director stars as a serious-minded inventor who creates an ambitious form of Augmented Reality glasses that he ultimately uses to create an avatar of his best friend’s girlfriend. Naturally, his technologically-enhanced fantasy turns against him. Rumored to be in contention for the upcoming Cannes lineup, “Creative Control” promises a uniquely lo-fi dystopian thriller bound to creep out the throngs of SXSW attendees in town for the festival’s accompanying Interactive convention. 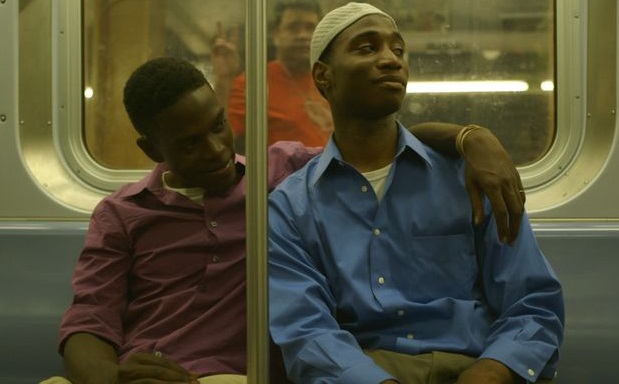 For his directorial debut, writer-director Jay Dockendorf tackles potentially explosive material sure to draw attention when it premieres in the Visions section of this year’s program. Set during single hectic day in Brooklyn, “Naz and Maalik” centers on two closeted Muslim teens (newcomer Kerwin Johnson, Jr. and Curtis Cook, Jr.) being surveyed by the FBI due to their religion, while engaging in two-bit schemes around town. Dockendorf, who won Tribeca Film Institute’s IWC Filmmaker Award for the project, told The Huffington Post that the idea for his debut was born out hearing about (and being appalled by) the FBI’s program of secret spying in mosques in Brooklyn. His story emerged from experiences interviewing Muslims about their real-life experiences with surveillance, including some closeted men. A former Project of the Week winner on Indiewire, “Naz and Maalik” is bound to strike a timely note. 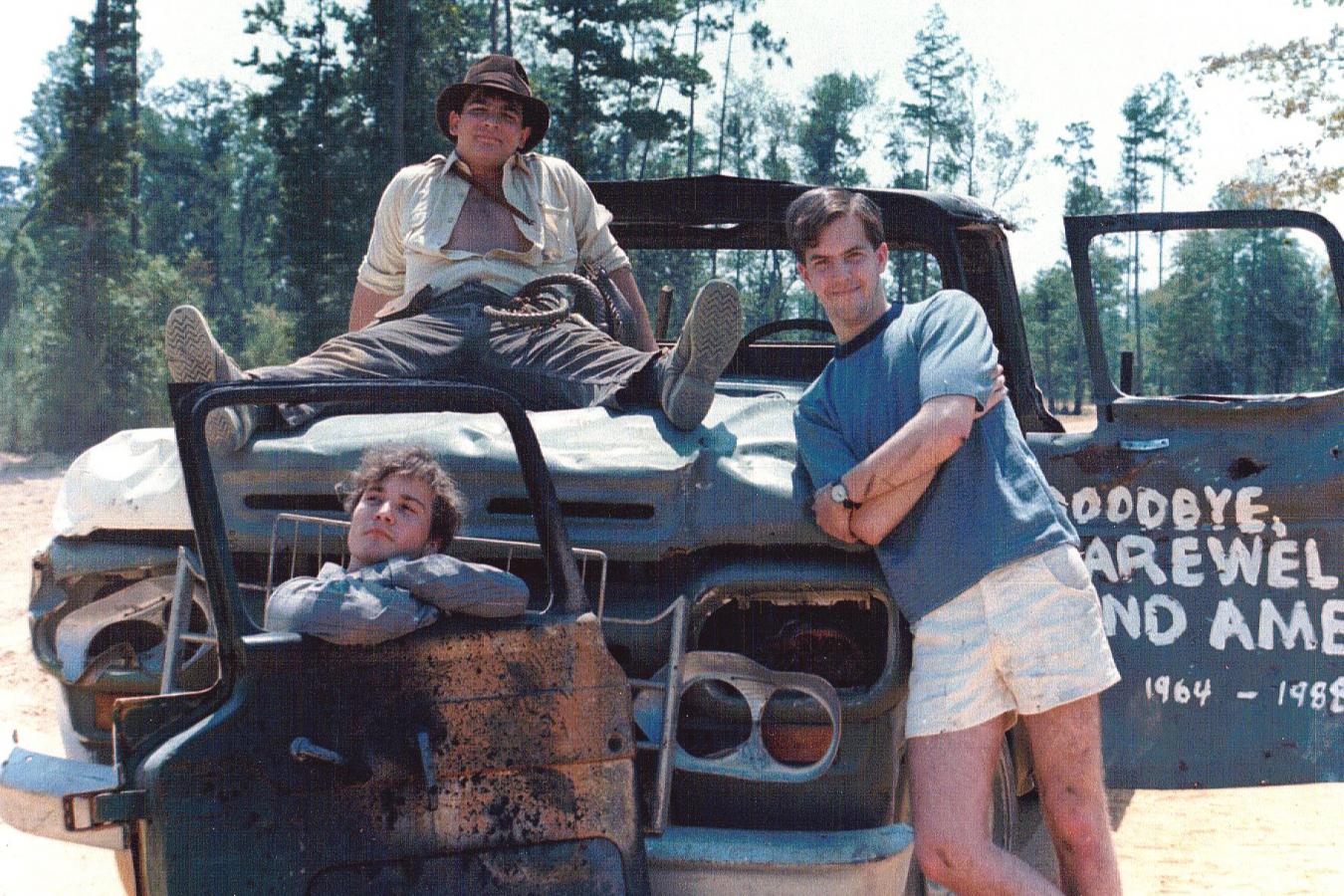 Before the term “sweded” was coined by Michel Gondry’s “Be Kind Rewind,” a trio of Mississippi pre-teens were all about reenacting their favorite movie on home video. Starting in 1982, three good friends launched an ambitious effort to create a shot-for-shot remake of “Raiders of the Lost Ark,” growing up in the process. Decades later, their adaptation has developed a cult following of its own. Directors Jeremy Coon and Tim Skousen’s reportedly charming documentary chronicles the experiences of the three boys as their project follows them into adulthood, when they eventually get the attention of Steven Spielberg himself. Coon also finds the men returning to their childhood obsession to complete one last daring stunt. “Raiders!” promises to put the current era of  ubiquitous fan films in context by exploring one of the earliest examples of the genre. 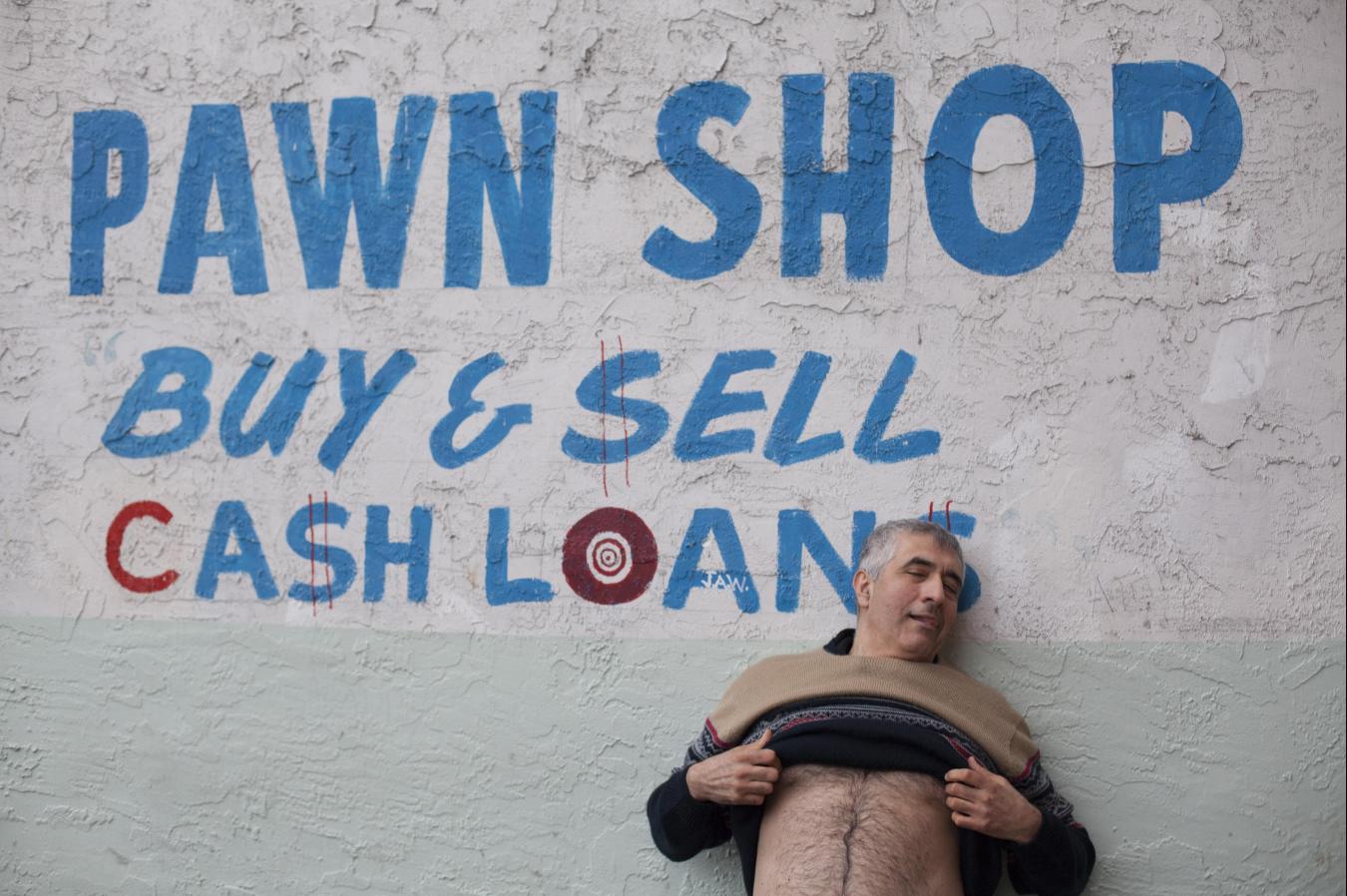 SXSW prides itself on character-driven documentaries focused on singularly odd personalities (“Winnebago Man,” “Beware Mr. Baker”). “Sandwich Man” falls squarely into that tradition. Director Lewis Bennett follows British Columbia-based eccentric Salam Kahil, the owner of a Scandinavian deli whose habits include supporting the homeless and, apparently, discussing blowjobs. Per the official festival synopsis, Kahlil is also “an art collector, a former male escort and an amateur piano player.” But he’s not exclusively a figure of comedy, as his past includes experiences as a child fleeing Lebanon and attempting to rebuild his life. Bennett has already directed a series of short films about bizarre characters wandering around British Columbia, which suggests that Kahil offers enough colorful appeal to carry the filmmaker’s first feature. 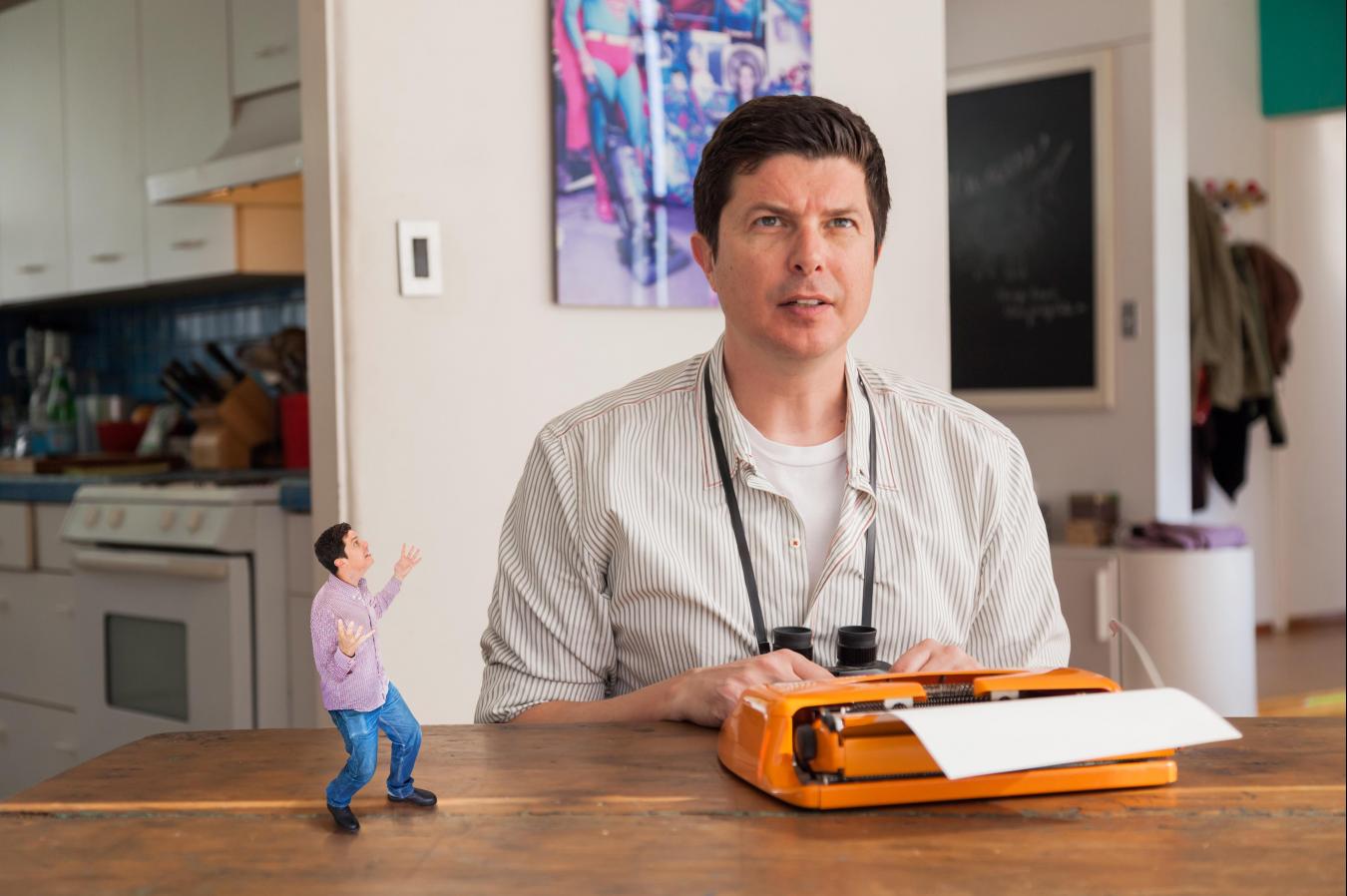 While its title announces an unlikely sequel to Joe Swanberg’s 2011 fictionalized portrait of fortysomething bachelor Kent Osborne, “Uncle Kent 2” promises something far more appealing: Though Swanberg remains involved in some capacity, the new movie was actually directed by Todd Rohal, a filmmaker with an eye for delectably strange portraits of American life with projects ranging from “The Guatemalan Handshake” to “The Catacysm Cataclysm.” Rohal’s tonally distinctive movies take the form of wily black comedies marked by inexplicable twists and dream logic. It’s the ideal sensibility for this outlandish project, which finds “Adventure Time” writer Osborne attempting to craft a sequel to Swanberg’s movie only to find himself trapped in a strange world of his own making…or something like that. The meta aspect of the movie’s premise hints at a keen satire of microbudget American comedies, though there are plenty of reasons to expect an even more outrageous endeavor: Osborne’s solo writing credit, paired with Rohal’s direction, a title sequence by “Adventure Time” creator Pendleton Ward, and sequences shot around San Diego Comic Con point to a much broader canvas than the original movie. Beyond its status as an inside joke, this is the rare sequel poised to outdo its predecessor.