By Casey Cipriani and Emily Buder 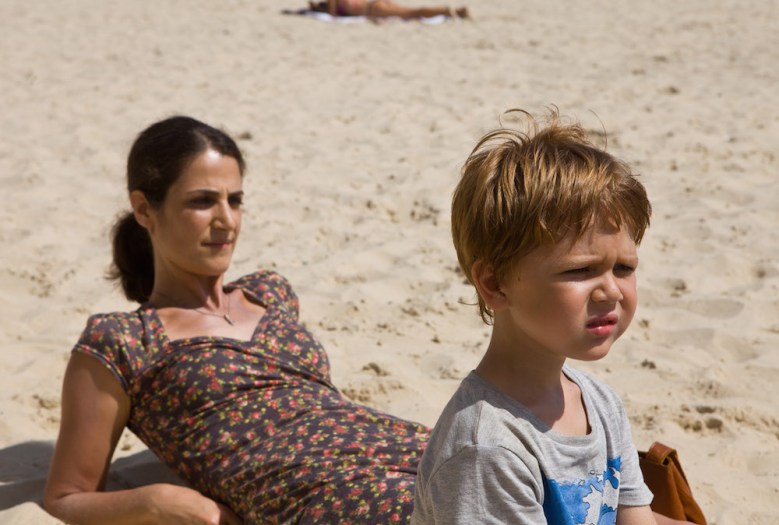 “Being a poet in our world is opposing the nature of the world.” This line is at the heart of Nadav Lapid’s “The Kindergarten Teacher,” a deeply unsettling tale of an Israeli teacher who becomes fascinated with a child prodigy. Middle-aged Nira, a longtime Kindergarten teacher and mother, has harbored a latent affinity for poetry throughout her life, but has only recently begun to cultivate it. One day, five-year-old Yoav, a student in her class, announces, “I have a poem.” Nira listens, transfixed, as Yoav recites a poignant poem whose meaning extends far beyond the scope of the child’s experience. Nira takes Yoav under her wing and realizes his prodigious talent for poetry is, in fact, the fabric of genius. “He writes a lot about unrequited love,” explains Yoav’s nanny. “You’d think he’s a 40-year-old spinster.” Nira will stop at nothing to nourish and protect Yoav’s potential from his unsupportive father and other life forces that threaten to undermine the child’s gift. But as her nurturing instinct escalates into obsession, the film begs the question: Is Nira teaching Yoav about life or precluding him from living it at all?

Superb performances firmly anchor “The Kindergarten Teacher” in reality as Lapid’s premise swells to bizarre proportions. Masterful cinematography adds disquieting tension to the narrative. Employing deliberately claustrophobic, disorienting framing and intermittently breaking the fourth wall, Lapid’s film depicts a world in which purity cannot be preserved. It’s a stirring investigation into the place of beauty and art in our modern lives and the void that its absence engenders. — EB 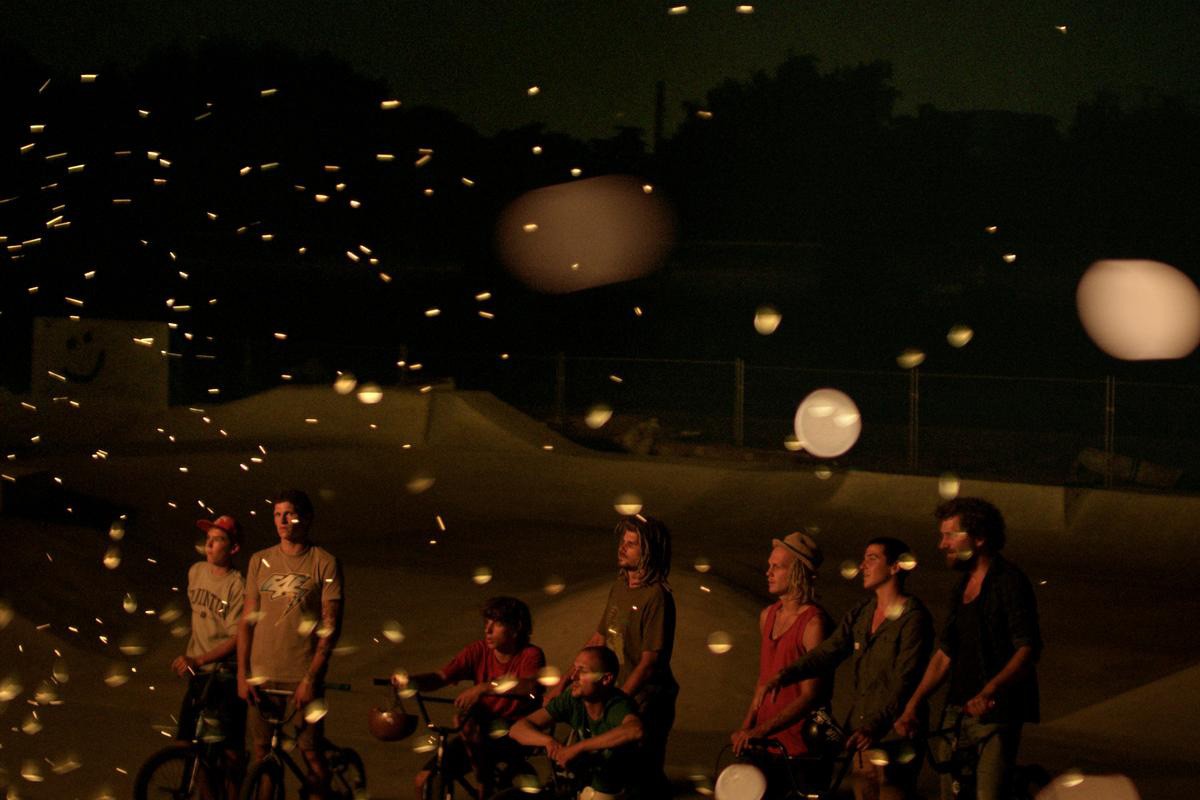 A teenage boy is senselessly stabbed to death in a suburban Belgian town while his friend Jesse watches, paralyzed with fear. That’s the first and only narrative event in “Violet.” Bas Devos’s Berlinale debut melts into a stunning deluge of scenes and moments that depict the weight and loneliness of grief, mostly without dialogue. It could be said that the camera becomes the ghost of the dead boy; it haunts town’s quiet moments in the aftermath of his death, curious about the return to quotidian life. But it’s Jesse’s grief that the film is most interested in, following the teenager as he drifts from hopelessness to ambivalence to anger to unfathomable sadness.

In a particularly evocative scene, Jesse attends a Deafheaven concert. A long take zeroes in on him from afar as strobe lights intermittently illuminate his face, revealing various contortions of his inner struggle. Though “Violet” draws unavoidable comparisons to Gus Van Sant’s “Paranoid Park,” Devos’s film is singular in its visual poetry: The camera reveals what words cannot, and nearly every frame stands alone as art. — EB 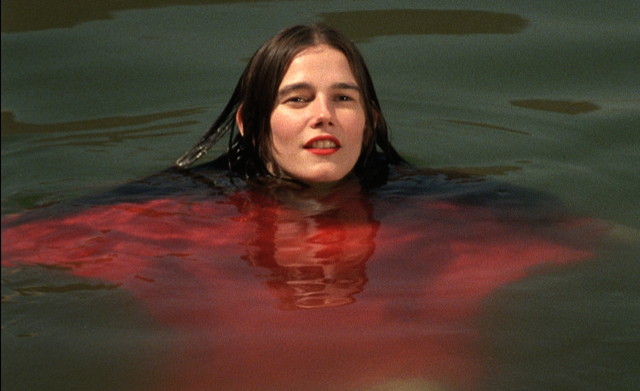 “Fort Buchanan” is what happens when French New Wave meets mumblecore. The film documents a group of army husbands and wives as they coexist on an isolated French army base-turned-farm. Shot in visceral 16mm, it’s more lush tangle of desires than narrative. Director Benjamin Crotty is interested in interpersonal dynamics and the ebb and flow of group synergy; as such, the film plays like an experience in human anthropology. As the ensemble of characters move in and out of sexual gameplay and exploratory conversation, a unique kind of comedy emerges — one that’s just as critical of the human condition as it is of narrative convention. — EB

“The Creation of Meaning” 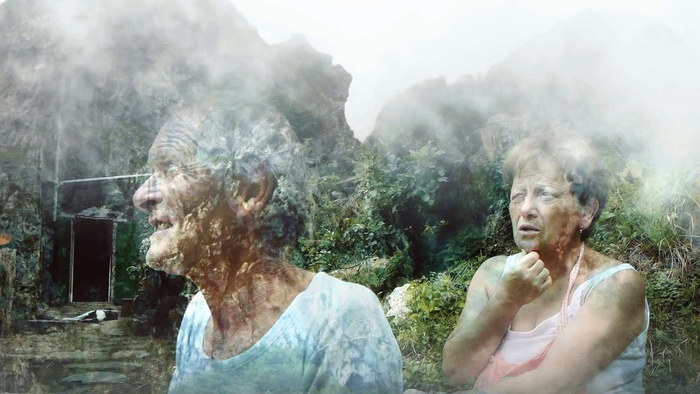 “The Creation of Meaning” tackles philosophy through the lens of an aging shepherd in the remote mountains of Tuscany. The innovative documentary-fiction hybrid form allows director Simone Rapisarda Casanova ample room to inhabit many spaces in 90 minutes, from incisive criticism of the Italian government to the reverberations of regional history to the slow grazing of cattle on a hillside. Casanova holds some shots for a minutes at a time, lending the film a surreal, mesmerizing quality rendered with the beauty of Renaissance paintings. But rude awakenings are always lurking on the horizon: Whether it’s a jarring iPhone ring that brings us out of a timeless moment or the shepherd’s startling admission that “many people around here kill themselves,” darkness surrounds this misty valley in more ways than the naked eye can see. — EB 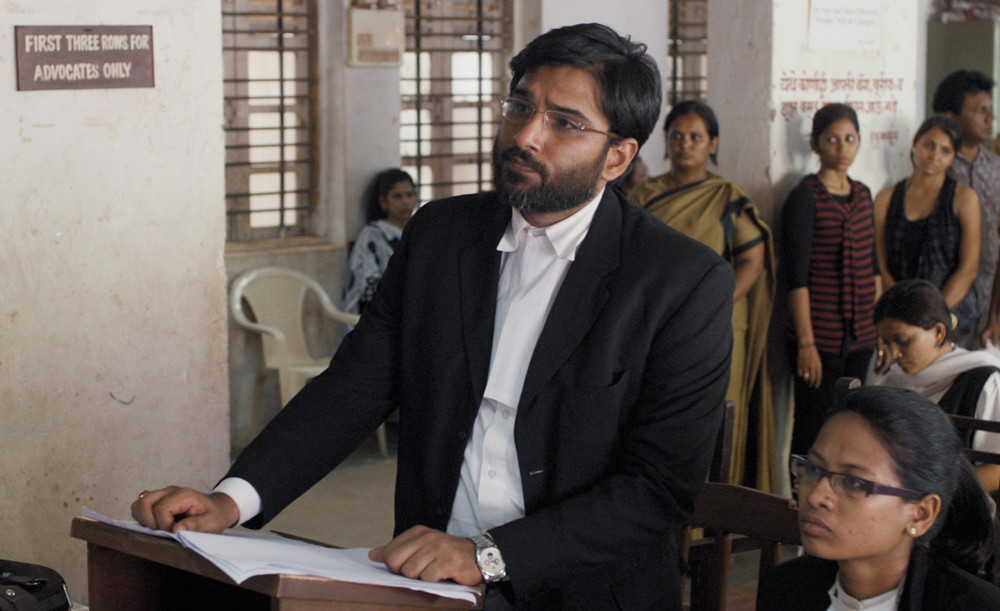 Chaitanya Tamhane’s “Court” won top prizes at the Venice and Mumbai film festivals, and with good reason. Quietly frustrating, absurd and devastating, “Court” follows the story of an elderly folk singer who is arrested on an exaggerated charge of inciting a sewage worker to commit suicide via one of his grassroots performances. The ludicrous trial reveals the injustices of the Indian judicial system, including bureaucratic delay, incompetent law enforcement and out-of-touch colonial rules. The story is simultaneously hilarious for its ridiculousness and tragic as a result of its unfairness.

Read More: Are These the Next Master Filmmakers From Around the World? Lessons From New Directors/New Films

As we watch the infuriating trial unfold over months, Tamhane uses the down time to examine the intimate lives of those involved. The defense lawyer’s family just wants him to settle down. The female prosecutor is respected in her professional career, but still cooks dinner and follows orders from her husband and children. The film explores caste system prejudice in a grander sense, while also telling a riveting tale of a singular victim whose life may never rise above his status. — CC 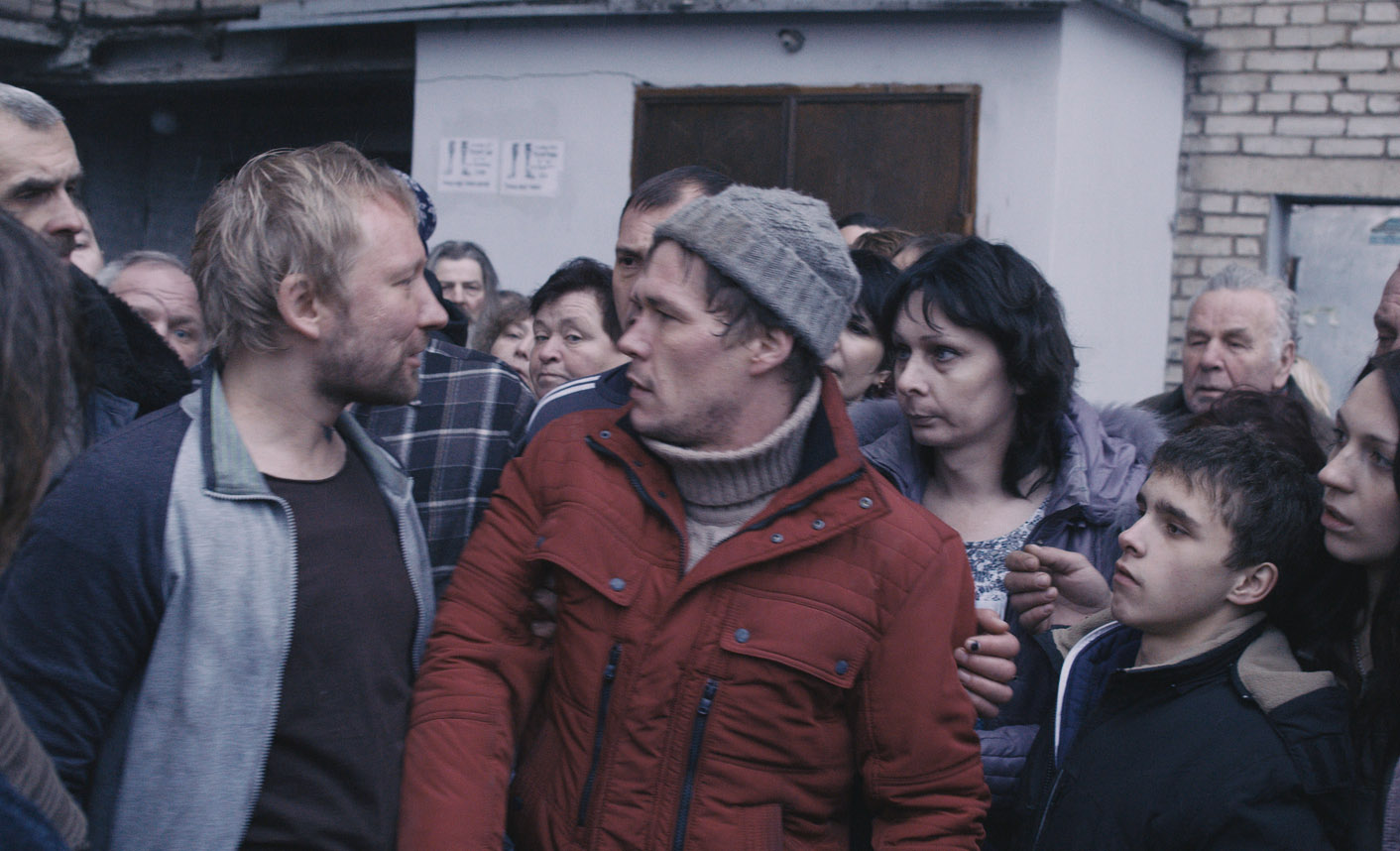 It’s easy to see why Yuriy Bykov’s “The Fool” won four awards at the 2014 Locarno Film Festival. The film is a tense tale of socio-political hierarchy in modern Russia. Dina (Artyom Bystrov) is a plumber who is one test away from getting an engineering degree. When he is called in as late night replacement inspector on a burst pipe in the town’s most squalid public housing, he discovers two giant cracks that he’s sure will lead to the building’s inevitable collapse. What he decides to do next sets him on a downward spiral of Russian politics and corruption. He learns that no one likes a whistle-blower, not even the families whom he is trying to save. Much like “Court,” also featured on this list, “The Fool” explores foreign corruption that we think (and hope) doesn’t exist here in America. The drama is a slow burn, one whose urgent subject matter isn’t matched by either the pacing of the film nor the characters themselves. It’s a juxtaposition that makes “The Fool” all the more riveting. — CC 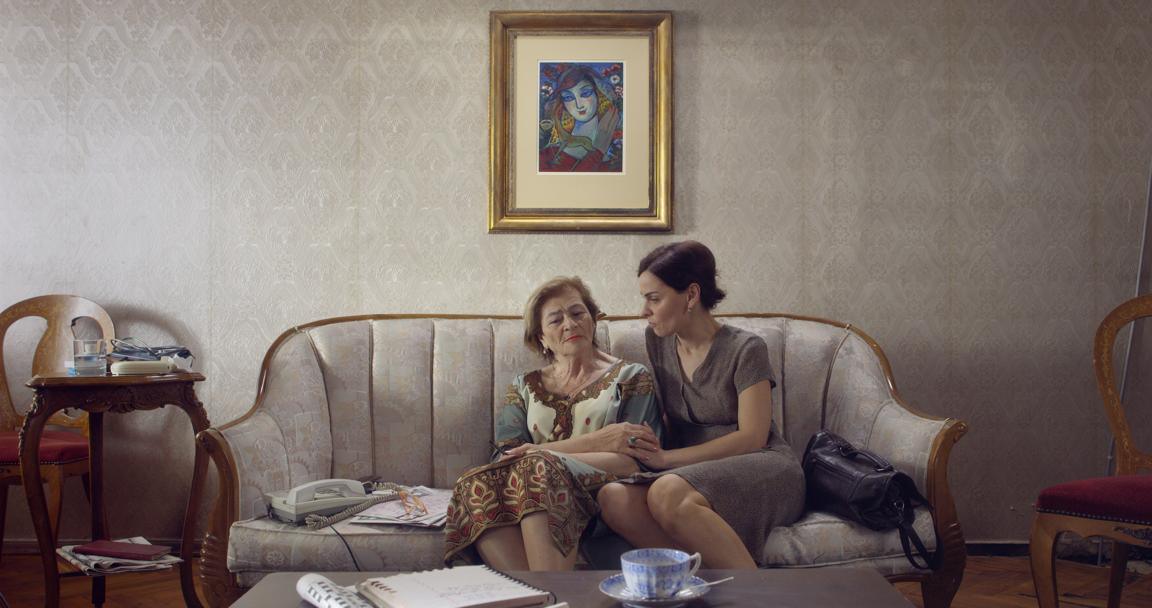 We’ve seen myriad films explore how the current economic crisis has hit America, but not many that visit how the issue unfolded in other countries. Salomé Alexi’s “Line of Credit” hits home for many who live paycheck to paycheck and the anxiety felt by its main character seeps through the screen. Nino, a 40-something mother of two in the republic of Georgia, grew up in the former Soviet Union without learning the complex intricacies of finance. Now that capitalism reigns, Nino can’t survive on the paltry income provided by her small shop. She takes out loans to repay previous loans, pawns jewelry and mortgages her home, all in a futile attempt to keep her head above water. For anyone who’s ever had to pinch pennies and make sacrifices, the story is a relatable one. But even for the filthy rich, the anxiety is palpable. The tension of the film is, however, alleviated by Alexi’s comedic tone, which keeps Nino’s troubles in a lighter realm. Until, that is, the dire situation arrives at its final conclusion, leaving Nino with few options. — CC

This Article is related to: Features and tagged Nadav Lapid, New Directors/New Films, The Fool, The Kindergarten Teacher, Violet