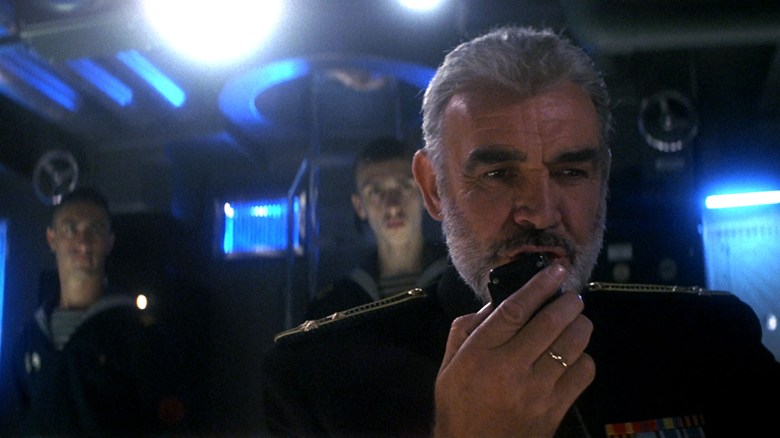 2. Civil Discourse and “The Newsroom.” Aaron Sorkin’s “The Newsroom” sought to civilize civil discourse, and it often fell short by reducing “discourse” to smug speeches. But Alissa Wilkinson of Biola University’s The Table thinks that there was something admirably Quixotic about the show.

The phrase “tilting at windmills” generally stands in for attacking an imagined enemy, which becomes interesting when applied to the “News Night” team, who find over and over that the people they considered their enemies—Reese Lansing, the network president; gossip columnists; reticent informants; competing anchors—are sometimes their friends. The show falls down on digital media entirely (Sorkin is not a fan of the Internet, and lets all new media journalists have it with a horsewhip), and characters seem wrongheaded in the midst of sometimes-smug speeches. At the end of the novel, Don Quixote awakes from his madness and declares it such, and later dies. And yet, it appears he’s converted Sancho Panza to the belief in chivalry. The end of the show revisits the Don Quixote metaphor, revealing who the real knight was—who also seems to have lost his mind near the end of the show—and recasts his story as a tragedy that nonetheless seems to have brought about some good. Read more.

The way which [Ryan] reverse-engineers Ramius’ plot to steal the submarine and defect is as edge-of-the-seat thrilling as any agglomeration of chase-and-battle scenes could be, to say nothing of the clarity of thought necessary to punch through the fearful, knee-jerk assumption all the Joint Chiefs of Staff make that Ramius plans to nuke the U.S. east coast. Ryan listens, a very important and oft-overlooked aspect of being a smart person, when an admiral (Fred Dalton Thompson; “The Hunt For Red October” is packed with terrific character actors) reminds him “Russians don’t take a dump, son, without a plan,” leading Ryan to realize that Ramius must have already figured out how he was going to get his crew, who were not in on the defection plan, off the submarine, at which point the solution presents itself almost immediately. Even the moment of desperation in which Ryan relies on luck to convince the American sub captain (Scott Glenn) on Red October’s trail not to blow it out of the water, the persuasion he fabricates is ingeniously built (“Has he made any Crazy Ivans [sudden turns to sniff out pursuers]?” “What difference does that make?” “Because his next one will be to starboard.” “Why, because his last was to port?” “No, because he always goes to starboard in the bottom half of the hour.”) That kind of mathematical precision in creating a piece of luck when he desperately needs it is genuinely thrilling to behold. Read more.

4. Hollywood Diversity? Shows like “Empire” and “Fresh Off the Boat” suggest that Hollywood is becoming increasingly diverse, but Alyssa Rosenberg of The Washington Post says that looks can be deceiving.

During the same season that “Scandal” was helping to consolidate Shonda Rhimes’s dominance of Thursday nights at ABC, the percentage of television writing staff jobs held by women was falling from 30.5 percent in 2011 and 2012 to 29 percent. That’s more than the 26.8 percent of the staff jobs women occupied in 2001, but it’s hardly sign of a major revolution. Similarly, the percentage of writing jobs held by people of color fell 1.9 percent from one survey to the next, down to 13.7 percent. Rhimes’s rise as a mogul is important. But it’s not a proxy for the overall diversity of the industry. Read more.

5. The Greatness of True/False. Great as it is seeing a number of new films in a row, film festivals can be exhausting. Tim Grierson of The Concourse writes about why True/False is an exception.

True/False operates like a lot of regional film festivals in that it caters to an audience that doesn’t have the time or financial resources to trek over to Cannes or Toronto or Venice to see all the buzzworthy movies. Instead, True/False brings those titles to Midwestern moviegoers in the heart of a college town brimming with life. The festival’s demographics hit me where I live: I grew up about four hours east of Columbia, and I feel like I know these people on a molecular level. Unpretentious, curious, willing to give an unknown movie a chance sight unseen, these crowds are my type of film audience. (I’m sure it helps that the theaters aren’t filled with people who work in the business.) As much as I love the energy and rush of, say, Toronto, it is awfully nice to be at a festival where no one’s talking about a film’s Oscar chances three seconds after it finishes screening. Read more.

4:40pm: The first short is called “For Supper.” The logline is “A boy in a bathroom meets an S&M piss freak.” But that description proves to be a bit misleading. Basically, the film cuts between fetishistic slow-motion shots of a man’s piss cascading against the rear of a urinal, and someone in bondage gear sensually tonguing the glass door of the bathroom (slurping at the icon that identifies this is a men’s lavatory).

4:42pm: The gender of the licker is hard to discern, partially because so much of their body is obscured by leather, and partially because all of the films at the fest are screened at a resolution that — if 720p is the baseline for low-quality HD — I’d assess as roughly 6p. The crudeness of the image forces a seedy veneer onto everything, so that even the most endearing and candidly sex-positive fare feels like it’s a lost episode of “Videodrome.”

This Article is related to: News and tagged Daily Reads, Maps to the Stars, True/False Film Festival