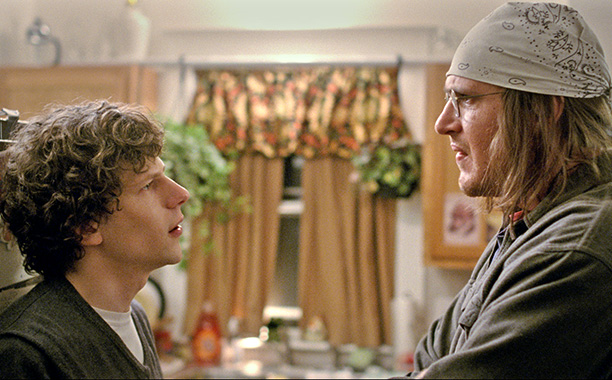 Chaz Ebert and the folks behind Ebertfest have announced the  full lineup for the 2015 festival.

“The End Of the Tour,” about a journalist’s road trip with the late author David Foster Wallace, will be among the films screening at this year’s Ebertfest in Champaign-Urbana, Illinois, where Wallace was raised. Star Jason Segel and director James Ponsoldt (“The Spectacular Now”) will be in attendance. Other guests include producer Jon Kilik and actor-writer Chazz Palminteri, who will attend the screening of 1993’s “A Bronx Tale,” and actress Héloïse Godet, star of festival-opener “Goodbye To Language,” the first 3-D film to be shown at Ebertfest.

This year’s festival is dedicated to writer-director-actor-Ghostbuster Harold Ramis, who died last year. On Wednesday night there will be a tribute to him and his work, followed by a conversation with his wife Erica and Trevor Albert, a producer on several Ramis films.

In accordance with principles laid out by Ebert himself, films are chosen because they have been overlooked by critics, distributors or audiences; come from overlooked genres or formats; deserve a second look; or are “empathetic works that comment on the human condition.” The full line-up is below, synopses courtesy of Eberfest.

“Goodbye To Language” (2014)
The French film directed and written by pioneering filmmaker Jean-Luc Godard. Much of “Goodbye” is built around a young couple at a lake house, often arguing and often naked, but it’s essentially a feature-length montage, with prolonged discussions on historical and political topics, , said film critic Matt Zoller Seitz. Godard makes creative use of 3-D and digital video, and the film is “richly expressive in every sort of language (written, spoken, visual),” though what the filmmaker is trying to say may not be clear, Seitz said. “It’s a documentary of a restless mind.”

“A Pigeon Sat On A Branch Reflecting On Existence” (2014)
A Swedish film centered on a pair of Laurel-and-Hardy-like traveling salesmen, but also a collection of self-contained comic vignettes, many reflecting on painful subjects such as mortality, aging and unrequited love. It’s the final part of a trilogy on being human by Swedish “master of comic absurdity” Roy Andersson, and it’s “delightfully odd,” said Variety film critic Peter Debruge. “Though the colors are dreary and the characters numb … there’s not a single dull frame in the entire film.” Producer Johan Carlsson will be a guest.

“Moving Midway” (2007)
A documentary about moving an old Southern plantation house, in the process learning a family’s secret history and dealing with myths of planation life. The director is film critic Godfrey Cheshire, who decided to make a documentary when he learned that his cousin planned to move the house from their family’s ancestral land near Raleigh, North Carolina. He then makes chance connections with the African-American side of the family. It’s a “deceptive film,” Roger Ebert said in his 2008 review. “It starts in one direction and discovers a better one.” Cheshire will be a guest.

“The End Of The Tour” (2015)
The drama that centers around a few days of heady and insightful conversation in 1996 between two writers, one of them the acclaimed David Foster Wallace, who died in 2008. The film premiered at this year’s Sundance Film Festival and stars Jason Segel as Wallace and Jesse Eisenberg (“The Social Network”) as David Lipsky, who was then a writer for Rolling Stone and later wrote a memoir on which the film is based. According to film critic Brian Tallerico, Segel brings a “deep blend of insecurity, melancholy, and remarkable intelligence” to his performance. “It is a film about incredibly smart people made by incredibly smart people, and that embrace of not just intellectual pursuit but what the chase does to you.”

“Girlhood” (2014)
A French drama about a teenage girl and the gang of girls she falls in with, in the process learning what friendship means and experimenting with identity. Though the gang of girls are “three tough Rizzo-types,” the film is not about “bad girls” corrupting good, or about girls in peril, but instead is a “terrific antidote” to those common narratives, said film critic Sheila O’Malley. The director, Céline Sciamma, “is more interested in how girls figure things out than in the many ways girls can go wrong,” O’Malley said.

“The Son Of The Sheik” (1926)
This year’s silent film and the last starring silent-era heartthrob Rudolph Valentino. The plot involves Valentino’s character falling in love with a dancing girl, after which he comes to believe she has betrayed him and then seeks revenge. Valentino also displays his athletic skills through stunt work as an equestrian. The three-man Alloy Orchestra will provide live accompaniment, using its “rack of junk,” electronic synthesizers and other instruments. The score will be one they composed and performed for a restored print of the film. 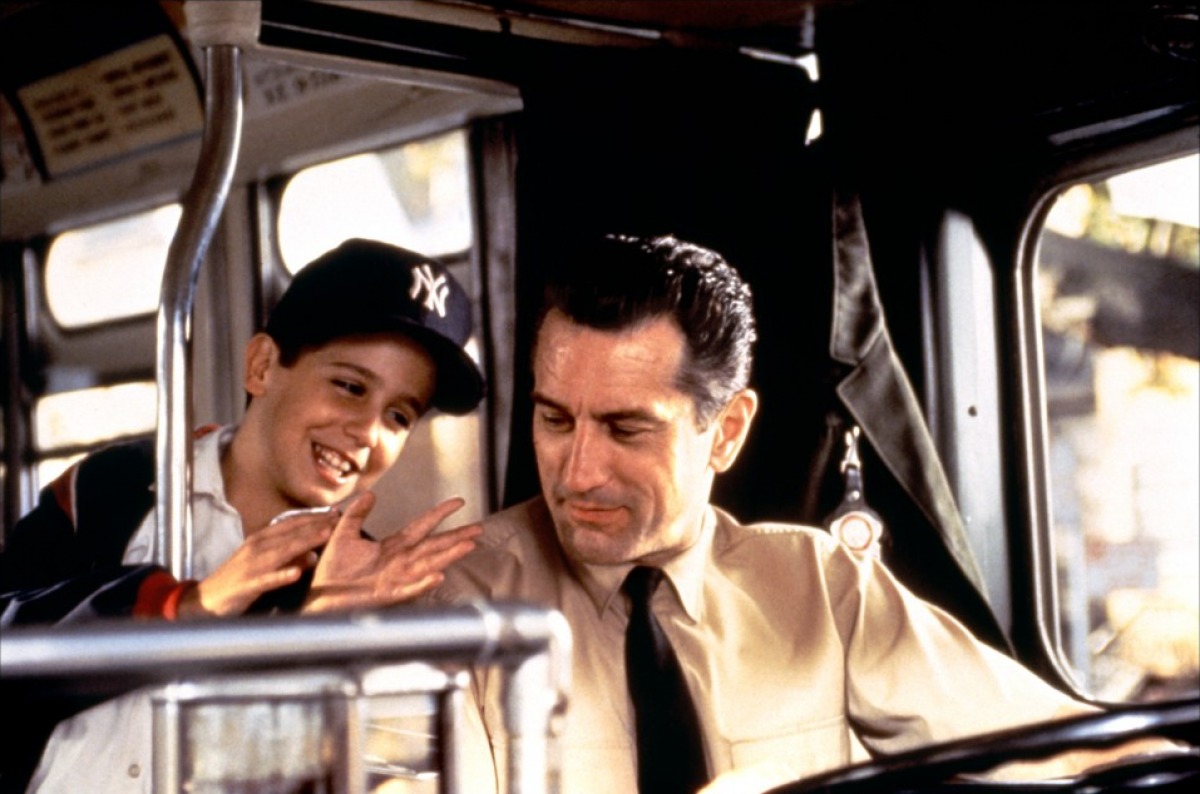 “A Bronx Tale” (1993)
The drama set in 1968 in an Italian-American Bronx neighborhood, about a teenage boy and the two men attempting to shape his life – his father, played by Robert De Niro, and a gangster named Sonny, played by Chazz Palminteri. The screenplay was written by Palminteri and the film was directed by De Niro, in a first-time effort. The film is “filled with life and colorful characters and great lines of dialogue,” said Ebert in his 1993 review, and De Niro “finds the right notes as he moves from laughter to anger to tears.”

“Wild Tales” (2014)
Multi-story film from Argentina that would appear to live up to its title. It was nominated for a 2015 Oscar for best foreign language film, and won last year’s Academy Award for best film in Argentina. Its six stories are united by a “mordant black humor” and a common theme of deadly revenge and retribution, and the whole is “relentlessly clever and entertaining,” said film critic Godfrey Cheshire. “Each segment sets up expectations that its successor ingeniously fulfills or surpasses.” Casting director Javier Braier and actress Julieta Zylberberg will be guests, along with Sony Pictures Classics Co-President Michael Barker.

“Ida” (2013)
A black-and-white Polish drama set in 1962 about an 18-year-old orphan and aspiring nun and the journey she takes with her one known relative, a worldly aunt seeking to learn how her Jewish parents died during World War II. Through their journey, revelations come about a dark time when people turned on their friends and neighbors. The film won the 2015 Oscar for best foreign language film, and critic Godfrey Cheshire calls it “riveting, original and breathtakingly accomplished on every level.”

“The Motel Life” (2012)
A drama and thriller about two brothers, played by Emile Hirsch and Stephen Dorff, who are working odd jobs, drinking hard and drifting from motel to motel, when a hit-and-run accident causes them to flee across Nevada. Their lifeline through a stream of bad luck is escapist stories told by one brother and then sketched by the other, and pencil animations of their tales are woven into the film. The mood of the film is “so melancholy-thick that you ache to comfort these men,” said film critic Sheila O’Malley, yet it’s a film with “a very kind heart.” Director Alan Polsky will be a guest.

“99 Homes” (2014)
The latest feature film from director Ramin Bahrani, an Ebert favorite who has had three previous films at the festival. This one takes an uncomfortable look at economic inequality and the Great Recession housing crisis through the story of a family evicted from their home in Orlando, Florida, and the realtor who is profiting from multiple foreclosures. Though the film deals with a social issue, it’s structured like a thriller, said film critic Brian Tallerico. And even though some eviction scenes are “gut-wrenching,” the film avoids a black-and-white portrayal, Tallerico said. Bahrani and actor Noah Lomax, who plays a son in the evicted family, will be guests
“Seymour: An Introduction” (2014)
Documentary directed by “Boyhood” star Ethan Hawke about a classical pianist, Seymour Bernstein, who gave up a thriving career around age 50 for a more-reclusive life of teaching piano, composing and reflecting. The film “offers a moving meditation on creativity and the human spirit,” according to Los Angeles Times film writer Steven Zeitchik. “Bernstein is an anomaly in the modern world, particularly for performers; he’s interested in edification far more than glorification.”

This Article is related to: Festivals and tagged Ebertfest, Festivals, Girlhood, Ida, Seymour: An Introduction, The End Of The Tour, Wild Tales