Here Are the 10 Films That Inspired 'Mad Men,' As Picked By Matthew Weiner 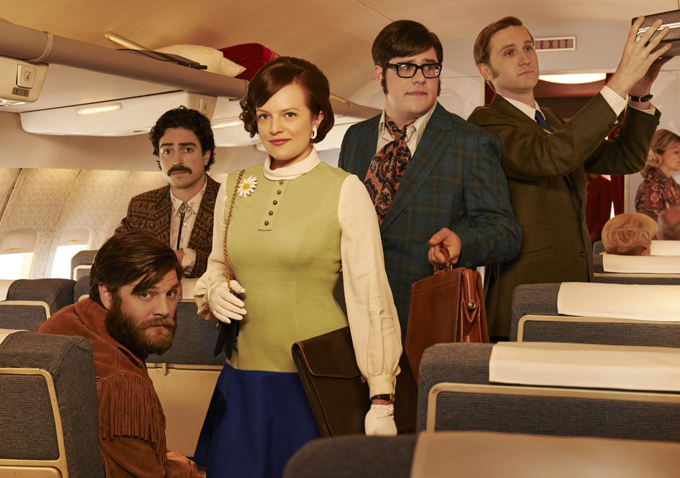 READ MORE: 8 Films That Remind Us Of ‘Mad Men’: From ‘The Man in the Grey Flannel Suit’ to ‘Inside Llewyn Davis’

The finale of AMC’s hit Emmy-winning series “Mad Men” is fast approaching; the final seven episodes are set to premiere on April 5. Now that shooting has wrapped, the Museum of the Moving Image in New York is opening an exhibit that explores the creative process behind the series. The exhibit will feature large-scale sets, hundreds of props, costumes, advertising art and
personal notes and research material from series creator Matthew Weiner.

In addition to the exhibit, MoMI will be screening a film series called “Required Viewing: ‘Mad Men’s’ Movie Influences,” which will run from March 14-April 26. The series consists of 10 films that Weiner made required viewing for anyone working on the show because of their incredible influence.

Now, we here at Indiewire think Weiner’s list (below in full, with his thoughts on each) is a great one. But we can’t help point out that we’ve got our own list of films that we think remind us of the series. Though “Far from Heaven,” “A Single Man” and “Revolutionary Road” didn’t make Weiner’s list, we think they’re essential viewing if you’re into “Mad Men.” Check out our list here, and Weiner’s below (with his reasons for selecting them). 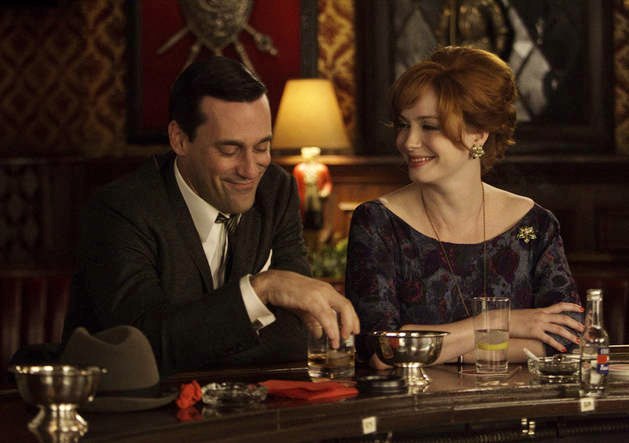 Dir. Alfred Hitchcock. 1959, 136 mins. 35mm. With Cary Grant, Eva Marie Saint.
“This film became an important influence on the pilot because it was shot in New York City, right around the time the first episode takes place. While more overtly stylized than we wanted to imitate, we felt the low angles and contemporary feel were a useful reflection of our artistic mindset. I had studied the film in depth at USC film school and absorbed much of its ‘ordinary man in extraordinary circumstances’ narrative drive. It is worth noting that Cary Grant is playing an Adman named Roger, who is forced to assume another man’s identity.”

Dir. Billy Wilder. 1960, with Jack Lemmon, Shirley MacLaine.
“I had seen this for the first time in film school and was bowled over by the dynamic writing and the passive nature of its hero, Jack Lemmon’s C.C. Baxter. It is definitely a story of its times, firmly rooted in a Manhattan where seemingly regular men behave unscrupulously, and it completely engaged my imagination as a representation of office and sexual politics at the time. It blends humor and pathos effortlessly.” 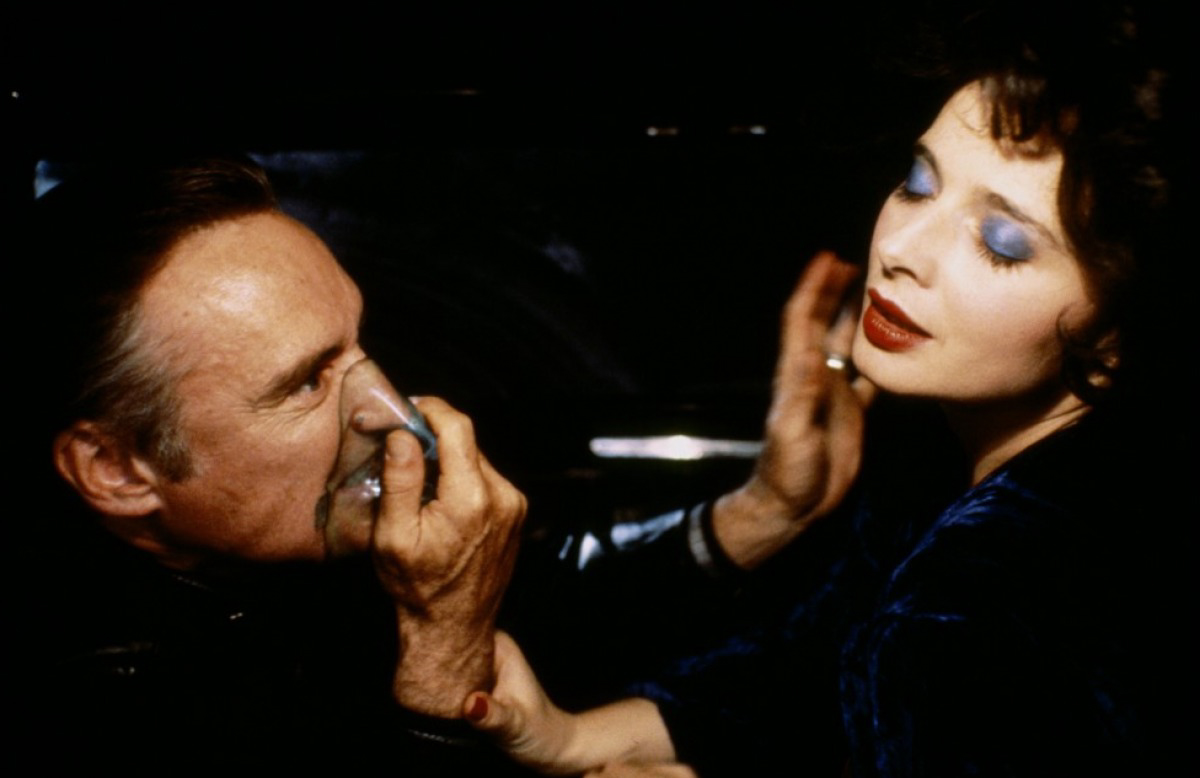 Dir. David Lynch. 1987, with Isabella Rossellini, Kyle MacLachlan, Dennis Hopper.
“Remarkably original for its time, this film had an impact on my generation that can’t be underestimated. I saw it as I was finishing college and applied to film school soon after. Indefinable in genre, ‘Blue Velvet’ moves from murder mystery to film noir to black comedy to coming-of-age story, almost from scene to scene. With stylistic richness and psychological complexity, it celebrates the horror of the mundane and is filled with reference to a kitschy and ironic ”50s’ milieu. This incredible observation informed much of the 1980s and became an inspiration for the series and its attempt to equally revise our mythical perception of the period.”

Dir. Claude Chabrol. 1960, with Bernadette Lafont, Clotilde Joano, Stéphane Audran.
“I first saw this in film school and shared it to help the production design of the pilot because it was shot in the streets of Paris, with little embellishment, at exactly the time we were trying to recreate. The thematic aspects were valuable as well, as the film tells the everyday story of four bored working women led astray by their romantic fantasies. My favorite sequence, a kind of postscript to the whole film, is particularly relevant to the series as it features an unknown woman looking right down the lens at the audience.”

Dir. Fielder Cook. 1956, with Van Heflin, Everett Sloane, Ed Begley.
“I saw this film version as a child on sick day from middle school; it was originally written and produced for live television in 1955. Rod Serling ingeniously creates a boardroom passion play with a chilling first-person climax that I never forgot.  We used it often over the life of the series to get a sense of the real offices and to see how virtue and ambition can clash when the older generation is pushed aside and ruthless business confronts humanity.”

Dir. Delbert Mann. 1964, with Glenn Ford, Geraldine Page, Angela Lansbury.
“Stumbling upon this film gave me the impetus to finally write the pilot. I was taken by this mainstream Hollywood film that reflected a very casual attitude towards sex, something that seemed uncharacteristic to my preconceptions of the era. With its glib bachelor hero and dowdy, conservative ingénue, it tells a tale of moral corruption and heartbreaking duplicity in the form of a light comedy. As Glenn Ford tries to change his ways and take responsibility for his meaningless romances in glamorous Manhattan, I found a jumping-off point for the series.” 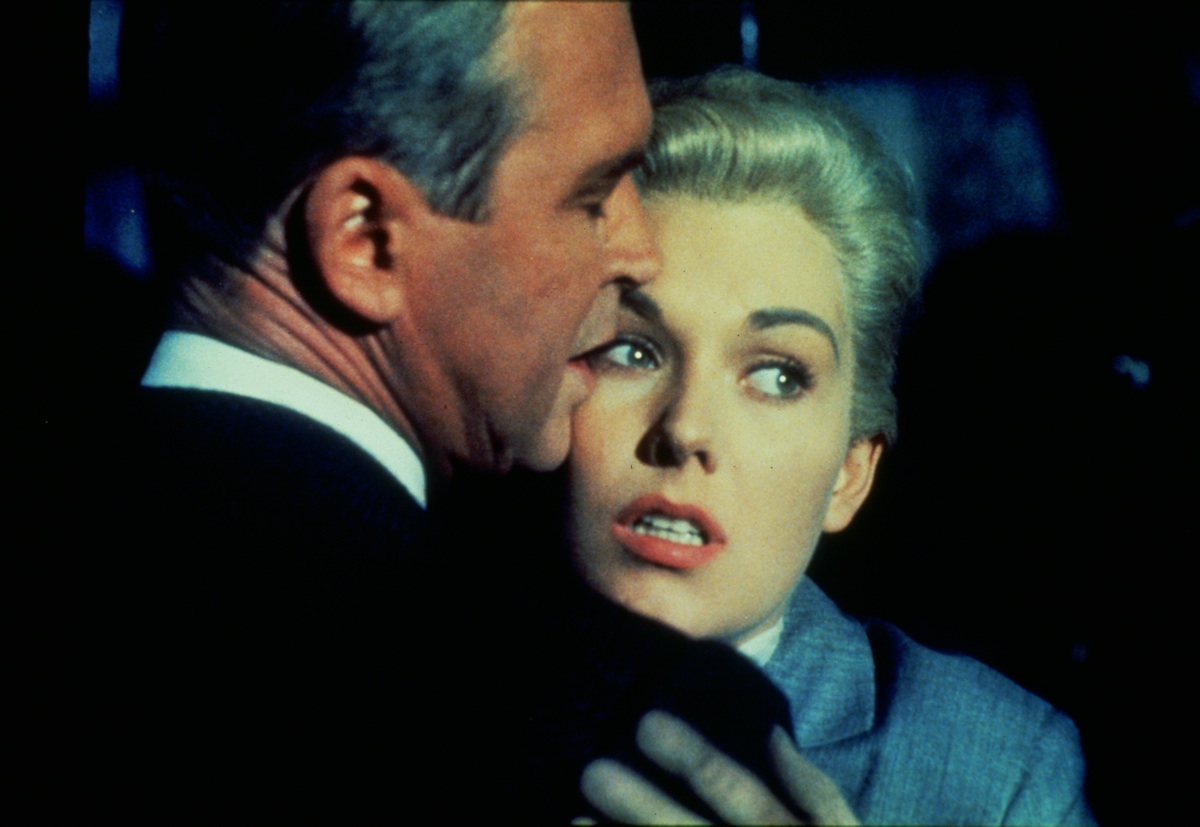 Dir. Alfred Hitchcock. 1958, with James Stewart, Kim Novak.
“Released to negative reviews, it now ranks for many as the greatest film ever made. I had not seen it before the show began, but finally caught it on a break after the first season. I was overwhelmed with its beauty, mystery, and obsessive detail. I remember watching the camera dolly-in on Kim Novak’s hair and thinking, ‘this is exactly what we are trying to do.’ ‘Vertigo’ feels like you are watching someone else’s dream.”

Dir. Delbert Mann. 1957, with Don Murray, E.G. Marshall, Jack Warden.
“Originally written and produced for live television in 1953, this film re-teams writer Paddy Chayefsky and director Delbert Mann, and reflects the painful realism of their previous collaboration, the Oscar-winning film ‘Marty.’ The ‘swinging bachelor’ was a trope of fiction at this time, but this film poetically undoes the clichés of male camaraderie and presents both the issues of fidelity and loneliness with an unflinching eye.”

“The Best of Everything”

Dir. Jean Negulesco. 1959, with Hope Lange, Stephen Boyd, Suzy Parker, Joan Crawford.
“A highly stylized and star-studded adaptation of Rona Jaffe’s 1958 best-seller, this film became part of the group mind-set for the pilot. Although I felt that it was a visually glamorized, and extremely melodramatic, I could see that its story was a well-observed representation of working women in New York at the time. The workings of the office, the romantic complications, and the living situations all smacked of the truth. Like many popular films of the time, it helped to inform our characters—they certainly would have seen it, and it would have had an impact on their real expectations.”

“The Americanization of Emily”

Dir. Arthur Hiller. 1964, with James Garner, Julie Andrews, Melvyn Douglas.
“I saw this first in film school and was taken immediately with Paddy Chayefsky’s ironic and rhythmic dialogue and by its deep anti-war sentiment, which was shocking because it was rarely discussed in the context of the allies in World War II. James Garner’s portrayal of Charlie, a callow and glib womanizer who has given up on humanity and is then forced into heroism, influenced our attempt to recreate the mid-century male mindset and its relationship to existential absurdity.”

This Article is related to: Television and tagged Mad Men, Matthew Weiner, Museum of the Moving Image