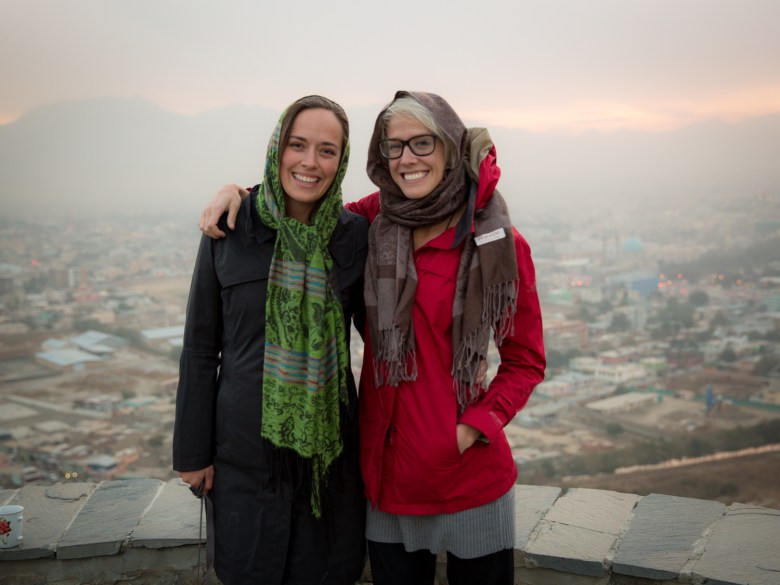 When the Taliban ruled Afghanistan, taking a photo was a crime. After the regime fell from power in 2001, a fledgling free press emerged and a photography revolution was born. Now, as foreign troops and media withdraw, Afghanistan is left to stand on its own and so are its journalists. Set in a modern Afghanistan bursting with color and character, FRAME BY FRAME follows four Afghan photojournalists navigating a dangerous media landscape as they reframe Afghanistan for the world, and for themselves. Through cinema vérité, powerful photojournalism, and never-before-seen footage shot in secret during the Taliban regime, the film connects an audience with four humans in the pursuit of the truth. [Synopsis courtesy SXSW]

Four Afghan photojournalists face the realities of building a free press in a country left to stand on its own – reframing Afghanistan for the world and for themselves.

It’s about the importance of our perceptions, identity, and the weight that you bear when you set out to capture the truth. It’s about the power of photography, and what it means to tell the story of your own people after decades of war.

We’re both filmmakers who believe in character-driven films. We’re used to being one-woman-bands so coming together for this film like this made sense – we had to be on our toes, filming separately or together.

One thing we can say has been a challenge (and it’s probably a challenge for all doc-makers) is the immense responsibility you feel toward doing your subjects/characters justice in a film about them. Farzana, Massoud, Najibullah and Wakil — the four photographers in FRAME BY FRAME — are incredible and complex human beings, in unique situations as local storytellers of their own country. We were given unique access and trust, and we take that very seriously.
Oh — and two more challenges / lessons learned… (1) don’t bring a hard drive to Afghanistan that needs continuous power to operate; (2) after hundreds of hours of translations with multiple translators, you find that there is no equivalent for beautiful Dari phrases in English that reflect the true meaning. So, that’s a heartbreaking, but a beautiful lesson learned.

We reveal a glimpse of Afghanistan rarely explored in the media: a beautiful, richly textured country that, while still experiencing war, is also brimming with resilience and hope
We also want to show the risks and payoffs of telling true stories in a place where the powerful want to keep the truth hidden. FRAME BY FRAME documents how immense hope and passion for a craft can clash head-on with the challenges of working in Afghanistan. The audience can decide for themselves who are the heroes and who are the villains — and everything in between — of freedom of the press in Afghanistan. 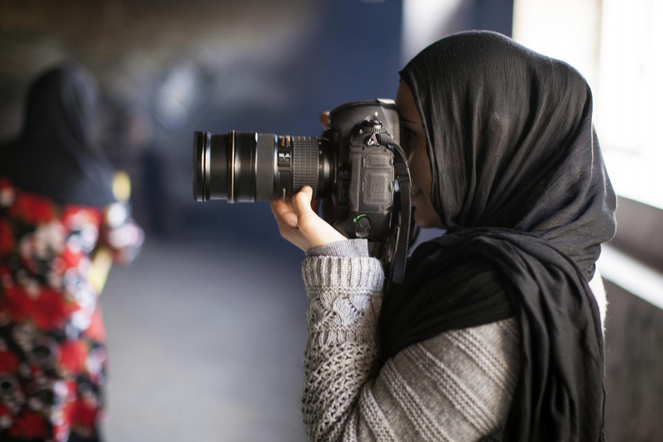 Character driven films with strong story. We love:
“Cutie and the Boxer”
“Stories We Tell”
“Virunga”
“Life Itself”
“After Tiller”
“Afghanistan: a Touchdown in Flight” (short)

Getting “Frame by Frame” out to the world!

We used great glass with mostly the Canon Mark III, and then filmed a bit with the C300. We like a small nimble workhorse camera that keeps things unintimidating and allows us to have a small crew.

We had an amazing campaign on Kickstarter that blew us away.
Indiewire invited SXSW Film Festival directors to tell us about their films, including what inspired them, the challenges they faced and what they’re doing next. We’ll be publishing their responses leading up to the 2015 festival. For profiles go HERE.

This Article is related to: Festivals and tagged Frame by Frame, SXSW 2015, SXSW Meet the Filmmakers 2015