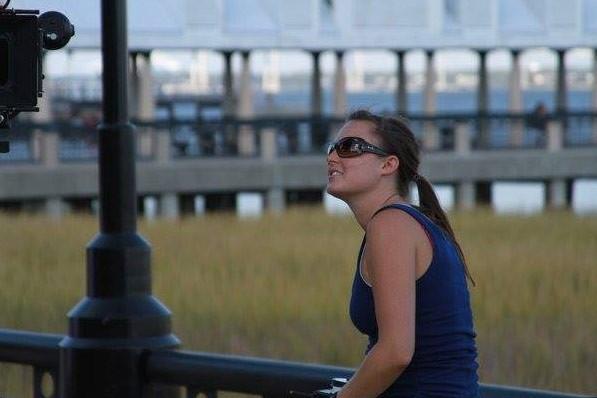 In August 2014, The U.S. Department of Labor’s Occupational Safety and Health Administration (OSHA) cited the production company behind “Midnight Rider” for safety violations. Proposed penalties totaled $74,900, a meager amount considering the loss of life involved. Now the filmmakers are trying to avoid paying up.

Sarah Jones, a 27-year-old camera assistant, was killed and eight other workers were injured while trying to escape an oncoming freight train during the filming of a scene on the tracks of a train trestle near Jesup, Georgia. The incident occurred on February 20, 2014 during the shoot for the biopic based on the life of musician Gregg Allman.

Earlier today, attorneys for the “Midnight Rider” filmmakers appeared at a hearing in Savannah, Georgia to challenge the fines. The issue at hand is to what extent director Randall Miller and producer Jody Savin knew of the risks involved in placing a film crew on a train trestle.

Film Allman LLC of Pasadena, California was cited by OSHA for one willful and one serious safety violation for exposing employees to both struck-by and fall hazards.

Under the Occupational Safety and Health Act of 1970, employers are responsible for providing safe and healthful workplaces for their employees. Read the full statement from OSHA here.

Jones was killed and the others were injured while shooting a dream sequence in which Gregg Allman (William Hurt) wakes up on a hospital bed sprawled across the tracks. In its investigation, OSHA concluded that the filmmakers were denied permission to be on the tracks, but that they filmed there anyway.

Savannah TV station WSAV-TV reported that Don Samuel, Miller and Savin’s attorney argued that they were under the impression that they had permission. The filmmakers said they relied on information provided “by others as to the condition of the railroad tracks.”

In court filings, the Film Allman argued that they “took reasonable steps to ensure the safety of all crew present on site for filming at the incident location.”

Location manager Charley Baxter testified at the review commission hearing that CSX, the transportation company in charge of the train tracks, emailed him the morning of the accident and he understood they did not have permission be on the tracks. At the hearing, Baxter said that he refused to go to the set that day. “I knew what they were going to do, i.e. try to get on the tracks without permission and I didn’t want to be a part of it,” he said, according to WSAV.

Early this month, just as the trial for the case of Sarah Jones’ on-set death was scheduled to begin, Miller reversed his not guilty plea to guilty in the case of involuntary manslaughter. Miller was sentenced to two years in jail, a $25,000 fine and he agreed not to direct during his probation period. He was also sentenced to 360 hours of community service.

He later issued a cautiously worded apology statement: “On Feb 20, 2014, a great number of mistakes were made and the terrible accident occurred which took Sarah Jones’ life. It was a horrible tragedy that will haunt me forever. Although I relied on my team, it is ultimately my responsibility and was my decision to shoot the scripted scene that caused this tragedy….”

Hillary Schwartz, the 1st A.D. on “Midnight Rider,” was found guilty for involuntary manslaughter and criminal trespass in the case of the Jones’ death. She was sentenced to a $5,000 fine, ten year’s probation and restricted from acting as a director, producer, first assistant director or any department head with safety responsibilities.

Meanwhile, Jones’ death has been a rallying cry to improve safety on film sets.