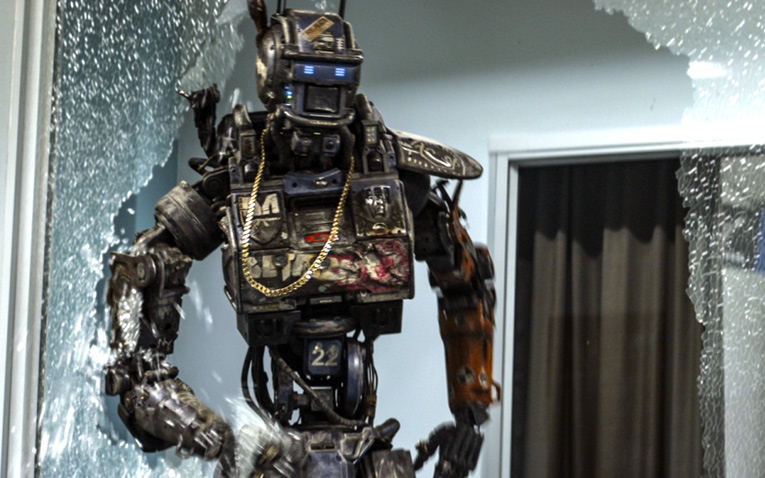 After three science fiction outings within the last six years, all of similar vision, maybe it’s time Neill Blomkamp stopped retreading the same territory. His “District 9” was a thing of wonder because of its unfamiliarity — it was a wildly enjoyable sci-fi narrative with an effective metaphor involving class warfare at its core. Since then, with two more films sharing similar themes and settings, the repetition has gotten considerably less impressive.

“Chappie” is the latest of those endeavors, and while it has a few appealing qualities, as a whole it amounts to a well-intentioned bag of missed opportunities. Blomkamp, who has always tackled weighty ideas in his films — from apartheid to economic dysfunction — now settles on artificial intelligence with a similarly inquisitive edge, mainly thanks to an inventive lead role — Blomkamp regular Sharlto Copley delivers a brilliant motion captured performance as the titular robot — but the rest of the cast struggles to keep pace, as does the movie as a whole.

The story unfolds in a future where robotic police forces have managed to significantly decrease police activity. These results are largely thanks to young scientist Deon (Dev Patel), the chief engineer behind the mechanized soldiers’ existence, who wants to create the first of their kind with the ability to think and feel on its own. His efforts are stymied by the scheming Vincent (Hugh Jackman), a one-note villain who sees Deon’s artificial intelligence as a threat to his own police robot, the “Moose” (and his ego) and will stop at nothing to make sure the artificial intelligence project doesn’t spread. The main opposition to his efforts come from Michelle Bradley (Sigourney Weaver), the CEO of the company developing the robots.

The human characters regularly detract from main robotic character’s central appeal. Chappie is a likable naif of the “Short Circuit” variety — a normal police robot who evolves into something much more once Deon tinkers with him. Copley endows the artificial being with human-like mannerisms and charm, which makes the shortcomings of the people surrounding him stand out. Jackman’s bad guy is a particularly troublesome walking cliché, but the half-baked story doesn’t fare much better. 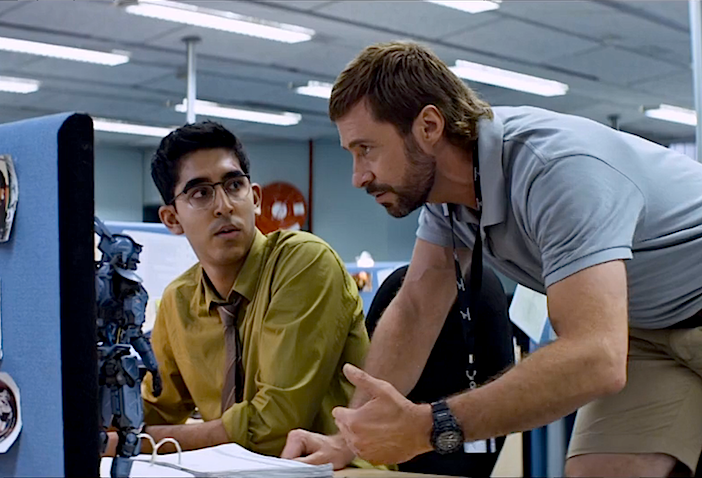 While the relationship between Chappie and Deon allows for some modicum of emotion, it never really gains momentum until the climax. Deon is a passionate, visionary figure who sees Chappie as more than just a science project, and the chemistry between them develops into an agreeable father-son dynamic. As the film progresses, their bond steadily builds, but during the finale’s life-or-death stand-off the sense of peril arrives at a surprisingly credible place.

Blomkamp may have found his groove with a genre often under-served by Hollywood projects, but he may have pushed the same material too far. (After all, Steven Spielberg didn’t spend the early years of his career attempting to recapture the magic of “Close Encounters of the Third Kind.”) The recent news that Blomkamp will direct an “Alien” sequel suggests that he may at least develop his abilities with someone’s material.

In the meantime, despite its shortcomings, “Chappie” at least provides several reminders of the director’s skill — it’s an entertaining and action-packed endeavor with slick visuals, a thought-provoking theme and a few effective comedic touches. The aforementioned climactic showdown involves some rather exhilarating effects work (despite the use of some distracting slo-mo effects).

Ultimately, though, “Chappie” suffers from an identity crisis: Part sci-fi drama, part CGI-fueled action-thriller — with some awkward shadings of black comedy — the film offers a lot of intriguing characteristics that never fully gel. Blomkamp’s first feature was so strong that it left no doubt he could make another great one — but “Chappie” sadly falls short of satisfying those expectations.

This Article is related to: Reviews and tagged Chappie, Neill Blomkamp, Reviews