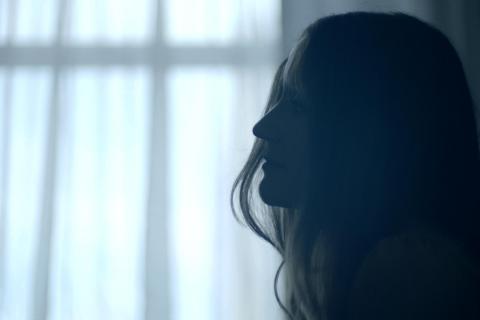 [Indiewire’s Springboard column profiles up-and-comers who are deserving of your attention.]

Boundaries are meant to be broken in “She’s Lost Control,” the remarkably sure-footed debut from writer-director Anja Marquardt. Centering on a psychology grad student (Brooke Bloom) working as a sex surrogate in New York, the film appropriately opens with the eradication of the fourth wall: “I know you pay me for my time, but you can’t control how I feel,” Ronah (Bloom) says, her big eyes gazing directly into the camera. By the time we circle back to the conversation in full, it’s revealed that she’s addressing Johnny (Marc Menchaca), a particularly guarded and volatile client who threatens to tip the balance of Ronah’s personal and professional life.
READ MORE: SXSW Springboard: Eugene Kotlyarenko Lets It All Hang Out in ‘A Wonderful Cloud’
“She’s Lost Control” may share certain thematic elements with 2012’s “The Sessions,” but Marquardt mercifully and mindfully sidesteps sensationalism here, drawing out powerful naturalistic performances from both her leads. Striking a delicate balance between clinical precision and emotional sensitivity, the film’s stark aesthetic frequently waxes poetic to delve into the psychology of intimacy and isolation in the big city.
Making the rounds on the festival circuit last year, Marquardt has since picked up two Independent Spirit Award nominations for Best First Screenplay and Best First Feature. Signing with UTA in January, the German-born, Brooklyn-based filmmaker is someone to keep an eye on. Below she talks about the Japanese robots that inspired her first feature and why master plans are a myth.
“She’s Lost Control” opens today, March 20th at Made in NY Media Center by IFP. 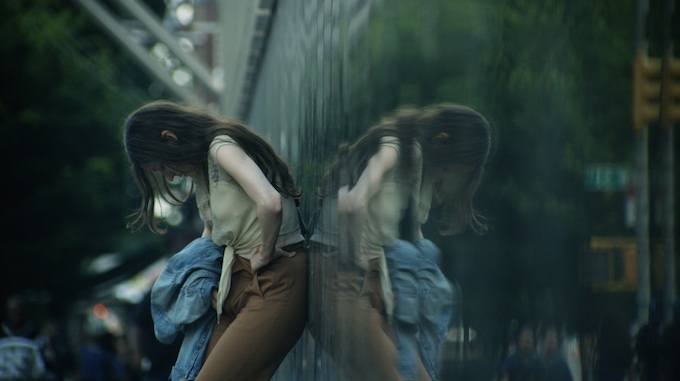 I’m super interested in the overlap between man and machine. The idea for the film really started when I read this article about caretaker robots in Japan that are used not only to help nurses wash and lift their patients but also to caress them—they have a special caressing mode that simulates human touch. The article was talking about how it calmed the patients, helped them sleep, and just made them all around happier people. Human touch is important—even if it’s performed by a robot, which is somewhat ironic and funny and also kind of uncanny and scary. But there are also these real life flesh and blood people who work with patients and teach them how to be intimate, which is also kind of ironic because we’re supposed to learn that from our parents, if they do a decent job. There are no other functions in society or on TV that can teach us how to be intimate—we’re only shown how to marry a millionaire or become a top chef.
Research is what I live for. I’m not a documentary filmmaker but choosing subjects that I can dive into and explore even if they’re miles away from my own life, that’s what gets me going, that’s what gets me up in the morning. I have this incredible luxury as a filmmaker to live these different lives through my subjects. It took a while to find the right professionals [in the field] and convince them that this project was valid and meaningful. We had two incredibly intelligent and generous consultants on the film that I spoke to at length about their own experience and they shared little behavioral details that helped me with the dialogue.

To me it was always not just about intimacy but professional intimacy. Marc Menchaca who plays Johnny and Brooke Bloom who plays the lead met only once before shooting. We had drinks together, the three of us, and talked about everything but the movie. I talked to each of them extensively about their characters and the world of the film and the emotional trajectory. It was a very collaborative process in approaching the characters from that psychological angle. But we didn’t rehearse; I didn’t want to lose that initial spark of awkwardness on set. I’m glad that both Brooke and Marc didn’t feel the need to rehearse either, they got why it was important. They knew it was going to be a challenge but they were up for it… maybe it was a bit of a crazy approach.
I don’t know that there ever is a master plan that gets executed as such—I think it always evolves. My personal master plan very early on that totally didn’t work was that I would attach the female lead first and then bring in maybe two men and do a chemistry read to see what worked. We did that and Marc was one of the two men, but then we recast the lead. The plan shifted and there was never a chemistry read between Brooke and Marc. For my first feature I didn’t want to ask two people to strip naked on a set and work off each other without rehearsing first—that seemed cruel. But things evolved and luckily Brooke felt comfortable with Marc and vice versa as human beings at a table having wine, and it all worked out quite nicely.
Zack Galler is an incredibly talented DP. I wanted the performances to be very naturalistic and believable. But instead of just shooting verité style, we wanted to create a counterpoint to that in the images, to create parameters and show that Ronah is isolated as a character from her own emotions and her own social life, which essentially doesn’t exist. That opening shot in my mind is very intimate. It’s interesting, people have talked a lot about the clinical distance of the visuals but I think there’s a great warmth about the film. There’s a lot of warmth between Rona and Marc, especially in her behavior.
It was really important for Zack and I to create a visual structure through which the film could evolve and unfold. His framing is very specific, especially in the first half of the film, and then it goes a little crazier as the film progresses and things move quicker and go out of control. There was wonderful collaboration between costume design and production design and cinematography: the colors get more intense, the rhythm picks up, and reactions intensify in the second half. That was the plan from the get-go, that things would sneak up on you. You may not notice that [Ronah’s] hallway is a little more pink than it was 10 scenes ago.
What you see is very similar to how the script was written; we didn’t really improvise too much. There were a few scenes that were meant to be improvised on top of shooting what was on the page. The dancing was totally improvised; it was scripted as a scene where they move through the space and do silly things together. I was hoping for a little magic to unfold and it did.
“The Sessions” came out the year before. I’d heard about the film going to Sundance when I had my script already written and was trying to get it financed and for a second I thought, “oh, no, that’s going to be a blow.” I hadn’t seen the movie but later as I was about to go to prep with my film I saw it at a WGA screening and I realized, “OK no need to worry, this is a different universe.”
It’ll be interesting to see the theatrical reception. In South Korea last year on the festival circuit the audience was mostly comprised of young undergrads in their early 20s and to them, the film read more as a story of star-crossed lovers, which I thought was really interesting. And then in Jerusalem, the audience was comprised almost entirely of therapists in their late 50s and they saw the film in on a totally different, almost spiritual or philosophical level. It was more about depression and questions of what it means to be human and what love is. At SXSW last year, which was our North American premiere, there was a couple in their mid 70s or early 80s. They were wearing hearing aids—another technological bridge—and they came up to me and told me how much the movie meant to them. At that point I realized, luckily, I have a story here that people can connect to regardless of age or place.
READ MORE: Helen Hunt Talks Baring All in ‘The Sessions’: “It’s getting too late in my life to care about the small things.”