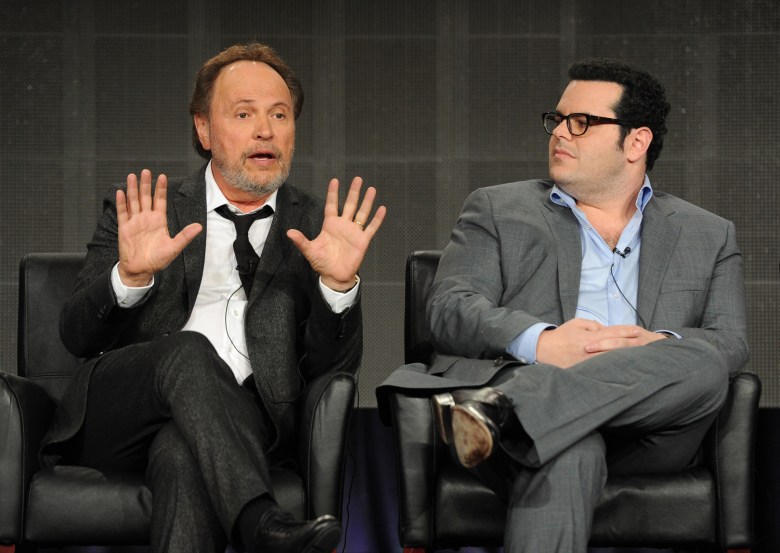 Today, during the post-panel Q&A for the world premiere of his new FX series “The Comedians,” Billy Crystal was asked what excited him most about television these days. Below is a slightly edited transcript of his comments.

“The most exciting thing for me now is binge-watching. Now I’m in the middle of Season 3 of ‘Walking Dead.’ It’s fucking amazing. I don’t know why I love this, but I do… It’s not about the walkers, it’s about… it’s about the people. But I don’t know why, I love seeing [the zombie] heads split open. I love the woman with the saber, and the general or the colonel or whatever he is, with the little town that’s the Stepford town. It’s so bizarre. But I love it. I watched four of them Friday night. I watched four!”

Crystal then continued: “Prior to that, Josh [Gad] got me into ‘Breaking Bad’ — I hadn’t seen it. So I watched the pilot and it was one of the greatest hours I’ve ever seen, and I watched the full five years in six days. My wife and I, we were like… We were like zombies! Because you finish one and then it’s like, ‘Oh… Another one? Let’s go. Another one?'”

Note: This basically means that Crystal and his wife could be characters on “Portlandia.”

“And then you talk like morons,” Crystal said, “Because then you talk in things that you’ve seen in the five years, that made no sense while other people were bingeing — ‘The twins! and the guy with the bell! The bell guy!'”

Now you know what Billy Crystal thinks about “The Walking Dead” and “Breaking Bad,” as well as just maybe why he’s now back on television.

“The Comedians” premieres April 9 on FX.

READ MORE: Your TV Is A Lot More International Than You Think (And That’s A Good Thing)

This Article is related to: Television and tagged Billy Crystal, Breaking Bad, Josh Gad, SXSW 2015, The Comedians, The Walking Dead