SXSW: How to Make Something From Nothing, the No-Budget Way 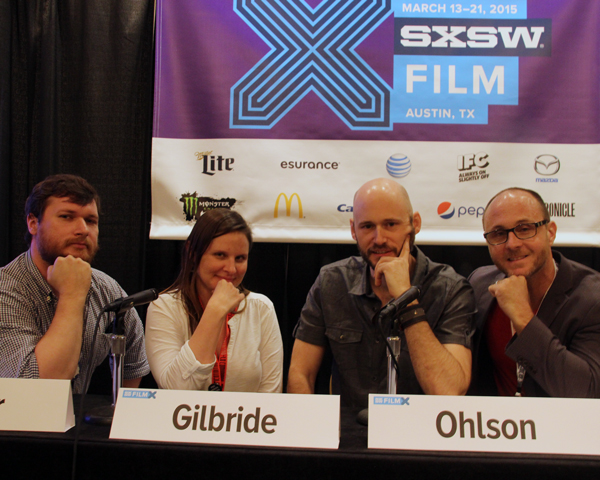 In the Something From Nothing — The No-Budget Way workshop held at the South by Southwest Film Conference and Festival this week, veteran indie filmmakers came together to discuss and demonstrate how to create a no-to-low-budget feature.

The interactive workshop began with filmmaker Bryan Poyser (“Dear Pillow”, “Lovers of Hate”) introducing an exercise that is required for his film students at the University of Texas at Austin and Texas State University in San Marcos where he teaches screenwriting and directing.

Poyser’s third feature,”Love & Air Sex,” which premiered at the 2013 SXSW Film Festival as “The Bounceback,” was released by Tribeca Films and is available on VOD. Poyser was joined in the exercise by Independent Spirit Award-nominated producer Megan Gilbride, who has produced several of Poyser’s films, and is developing his next film, “San Miguel.”

The workshop panel also included producer and Independent Spirit Award winner Chris Ohlson, whose film “Kumiko the Treasure Hunter” will be released theatrically this week and writer-director Mike Akel, who produced his films “Chalk” and “An Ordinary Family” for under $200,000 and $140,000, respectively. Akel also teaches “Screenwriting for Indies” along with Poyser.

The audience was asked to give five examples of categories to identify resources to create a no-to-low-budget independent film. Poyser stated, “Use the things that you uniquely have access to or know about. When you are designing the story or writing the script, these are the elements that we encourage you to think about as you’re trying to come up with what this movie will be about.”

“Some kind of world that you know about uniquely that would be interesting to set a movie in.” Poyser gave the example of his mother-in-law’s obsession with quilting and the fierceness of competitions at quilting conventions as making for a fascinating world. Aker’s personal experience was teaching in public schools, and used that world for “Chalk.”

Poyser recommended to, “Try to follow the 70/30 rule, where 70 percent of your movie takes place in an interesting unique location that you have access to. That’s one of the best ways is to reduce company moves and one of the most efficient ways to shoot something.”

It’s all about who you know.

“What famous person do you know, or do you know someone who knows? It doesn’t have to be an actor, it can be somebody famous in a niche, like a famous chef, BMX racer, a fashion designer. Somebody who has some kind of following, who has a lot of Twitter followers.”

It’s all about what you can get.

Having access to specific resources can guide the development of your film story and minimize your budget. Poyser asked, “Do you have access to or do you own a rainmaking machine? Do you have access to any special resources you can use for free or nearly free? Do you know a stunt person? This can affect the genre of the film, and you can make an action film. Special resources can very practically be brought into the making of the film.”

The audience was then given three minutes to develop a logline using one item from each category. From those loglines, the workshop panelists selected the one that sounded the most interesting, might shoot for the least amount of money, that would receive distribution and would engage an audience.

The winning log-line: “A women’s rugby team, on their way to a match, breaks down outside an abandoned mental institution and has to stay the night only to discover that a former patient, Damon Wayans, doesn’t want any visitors. Spiders attack.”

Armed with that logline, the panelists guided the audience in determining projected and actual budget to include funding through various resources including investors, grants, crowdfunding and personal donations. McBride reminded all that hiring SAG members would then require paying all SAG actors, SAG wages.

The audience for this particular horror- comedy film was then broken down by who would be willing to see this movie in theaters, versus VOD or other streaming resources. Marketing would then be key in regards to particular audiences depending on genre, cast and unique promotional events. The final step was to identify who might buy this movie and for what amount.

After the exercise, Poyser elaborated: “This is something that you should be thinking about for your movie from the writing stage. If you really want to make a no-budget movie or you don’t have access to a whole lot of money, from the beginning, design the film where you are using resources – presenting a world, showing a location– that you uniquely have access to and is going to stand out from the rest of the indie dramas about 20-somethings in relationships.”

Ohlson then presented his own making your small movie notes as follows: 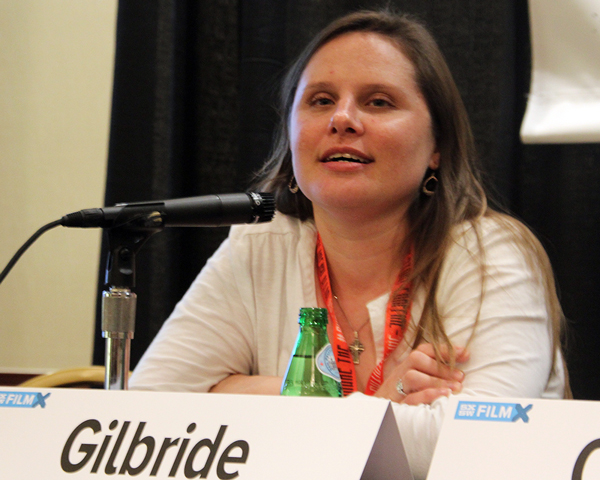 Does that character really need to talk?

“Driving scenes are very expensive and dangerous, and they are tricky for sound and you end up redoing a lot of things. Can it just be as they are getting into the car or can it happen in a driveway? As soon as you put them in a moving car, you are going to shoot a lot less material because of logistics and safety issues.”

“Even though we all have fast cameras, HDSLRs and fast lenses, you have to put up lights, and those lights need power. Guys usually in a grip and electrical department have to put those up. You are going to shoot a lot slower because there’s a lot of set up time and takedown. Can you reset or restage some of those night exteriors inside, or can they take place at sunset or in the afternoon? It’s a way to get your equipment and crew cost down.”

No one likes to pay for production insurance no matter what size movie you are making. As much as filmmakers don’t want to spend that money, Ohlson stated that it is,”Far cheaper than when you don’t have it and you drop your friend’s Red Camera or your grip truck backs into someone’s house.” Mcbride added an important reminder that, “You can’t have a SAG actor if you don’t have insurance.”

Shooting for the edit.

McBride covered the aspect of workflow in regards to deciding what your final screening and delivery medium is going to be. “You want to go from the final, to the front – do you have the right resolution for your shoot?” McBride also stressed the importance of not scrimping on deliverables including having great stills that show action, tension, and characters of your film.

Ohlson recommended feeding a film crew well by offering interesting meals and giving them enough water to keep them on their feet, especially on no-budget film productions. Ohlson has worked with students of culinary schools rather than catering services to reduce food costs.

Keep wardrobe changes to a minimum to lessen the impact in the edit room, which, according to Ohlson, gives freedom to move scenes around and play with the edit. “If they’re in the same wardrobe, it’s going to make your life a whole lot easier.” Ohlson also shared that the lead character in the 105-minute film “Kumiko, the Treasure Hunter,” only wears two things in the entirety of the shoot.

While a film shoot may be fast-paced, Ohlson cautioned, “If people are worried about continuity, you have bigger problems…stay on story and stay engaged on that.”

This Article is related to: Toolkit and tagged SXSW, SXSW 2015, SXSW Film Festival