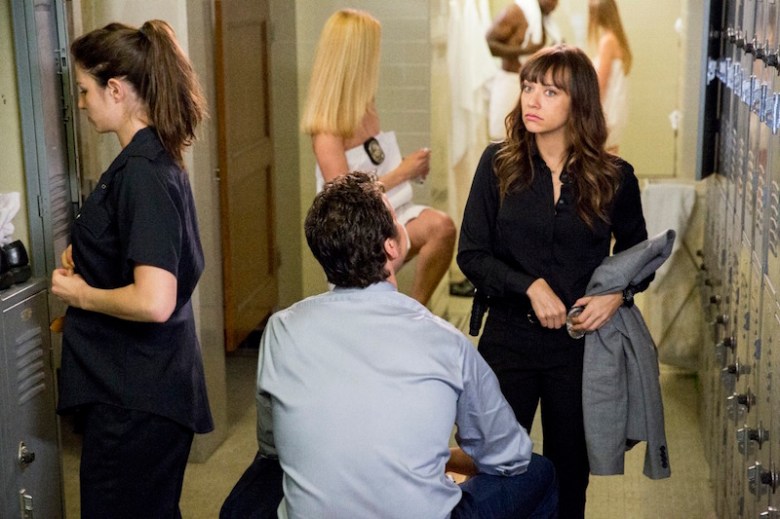 “It’s really, really stupid,” is one of the first things comedy icon Steve Carell said today about “Angie Tribeca,” the series he co-created with wife Nancy Walls Carell. But for everyone involved with the TBS comedy, which world-premiered at SXSW and will air this fall, that’s seen as a good thing.

“Angie Tribeca” stars Rashida Jones as a hard-as-nails LAPD detective assigned yet another partner (Hayes MacArthur) to help her with her beat. In the first two episodes screened today at the Vimeo Theater, Angie and Jay Geils work together to stop a blackmailer and bust up a drug ring — all while keeping a straight face during the most absurd of situations, from strapping on a crossbow to greet the day to performing some truly unnecessary parkour to capture a suspect.

In the current age of relatively grounded comedies, “Angie Tribeca” is indeed a pretty rare flower — over-the-top and deliberately fun, by design. “We wanted something that was irreverent and silly and made us laugh,” Carell told the crowd, which was a factor that attracted Jones to the project.

Despite having left “Parks and Recreation” relatively recently, and developing a new focus on working behind-the-scenes as a writer and producer, Jones said that she couldn’t pass up the chance to do the show. “It’s my absolute favorite kind of humor and it was executed so well,” she said. “I did not envision getting back to acting so quickly, but I didn’t feel like I could pass up this opportunity.”

READ MORE: Can ‘Parks and Recreation’ Survive for a Seventh Season Without Rob Lowe and Rashida Jones — and Should It?

The first two episodes are packed with guest stars, including Lisa Kudrow, Walls herself, Gary Cole, Los Angeles Mayor Eric Garcetti, Adam Scott and (per the Franco Ubiquity Pact of 2015) James Franco. Just the appearance of a famous face was enough to get the audience laughing, and Carell also mentioned during the panel that the cast only gets better. “Bill Murray came in a few weeks ago,” he said. “He’s not an easy person to get.”

That’s right, Bill Murray. Nancy Walls attributed most of the casting coups to Jones — “Rashida knows everyone in the world,” she said.

“When you get something really delicious and fun, people want to do it,” Jones added.

The relative dearth of comedy “like this” was mentioned by everyone as a motivating factor for signing up for the series. If you were doing shots every time the Zucker Brothers’ legacy of projects like “Police Squad,” “Airplane” and “The Naked Gun!”, you were not walking out of that theater sober. And while the level of homage here is exciting for comedy fans, it is a bit worrisome.

The cop comedy genre is one that features more misfires than successes — rest in peace, “Cop Rock” — but “Angie Tribeca” now brings the current count up to two. Unlike Fox’s “Brooklyn Nine-Nine,” though, “Angie Tribeca” is pure satire, playing even the central relationship between Angie and Jay for laughs. The result is a show that doesn’t even attempt to take itself seriously, and while every frame is rich with jokes, don’t come expecting the same level of emotional depth.

The execution of the gags, many of which take a post-modern flair for the dramatic (there’s a lot of reaching off screen to grab increasingly ridiculous props) is solid, but as a series, how sustainable is it? Based on the first two episodes, the question will really come down to how the relationship between Angie and Jay is developed — while a clear parody of will-they-won’t-they romances that run throughout shows ranging from “Moonlighting” to “The X-Files,” it’s the closest thing to a storyline that develops the characters beyond the surface layers.

(Fun fact: MacArthur wasn’t originally supposed to appear beyond the pilot — Angie instead would have gotten a new partner every episode — but the Carells changed their minds about eliminating him. “We loved him, so we couldn’t kill him,” Carell said.) 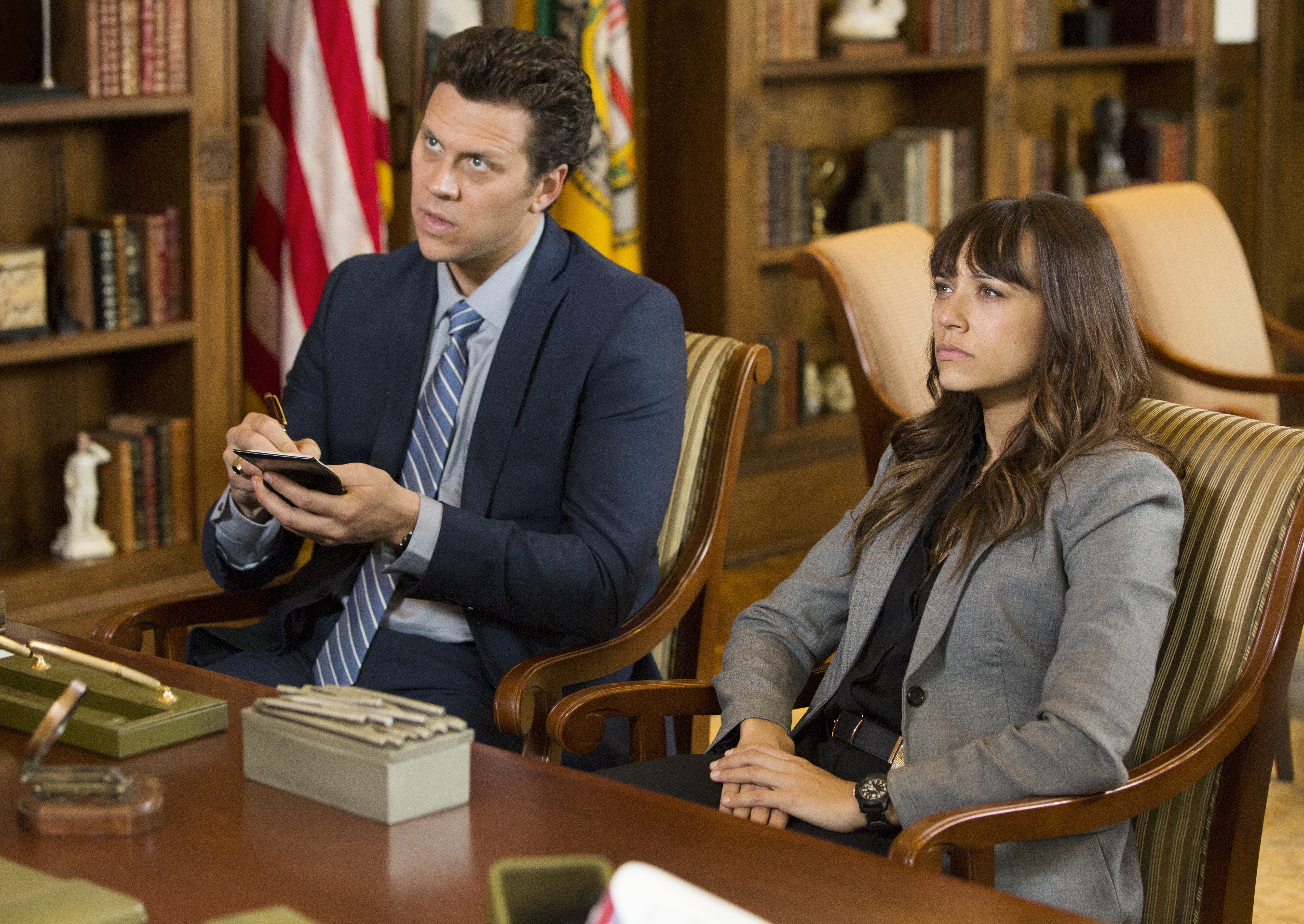 And when it comes to comedy, viewers show up for the jokes, but get hooked by the characters. Jones and MacArthur have solid chemistry, and individually they do a great job of playing each ridiculous scenario straight. But development-wise, their characters are somewhat out-shone by the gags.

While it’d be nice to see broader character development, it’s also nice to watch a show that knows exactly what it is — zany, madcap fun, from start to finish. And the range of jokes pulled out of the material by showrunner Ira Ungerleider is great, ranging from strange character work to explicit pop culture references. The entire “CSI” franchise, especially “CSI: Miami,” gets some serious lampooning, much of it via the outstanding Alfred Molina as Dr. Edelweiss. (There are also some distinctive “Chung-Chung!” music cues to close out most scenes.

“Angie Tribeca” isn’t groundbreaking, but it’s almost pleasantly retro in its commitment to ridiculousness. And with that comes a promise of being reliably funny — which in and of itself is admirable.