'They Alive, Damnit!': How the Unbelievably Catchy 'Unbreakable Kimmy Schmidt' Theme Song Came To Be 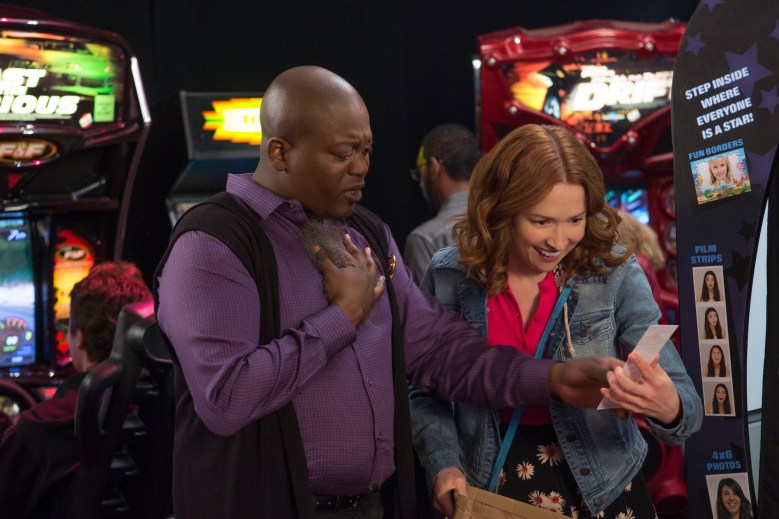 If you did any bingeing of Netflix’s new Tina Fey-created comedy this weekend, you might have found yourself especially struck by the show’s addictive theme song. A blend of gospel passion and a bystander’s commentary on watching Kimmy and her fellow Mole Women emerge from the bunker they’d been trapped inside, it’s a perfect encapsulation of the show’s premise and tone. As Indiewire’s Ben Travers put it:

And here’s why you can’t escape it — it got some help from people who became famous for making music designed to catch fire and spread globally: Viral video pioneers, the Gregory Brothers.

Debuting originally in 2009 as a YouTube channel called Auto-Tune the News, the musical brothers (and sister-in-law) developed a knack for combining pre-existing footage with music, using auto-tune to make everyone from Joe Biden to Katie Couric into music video stars.

It’s because of the Gregorys that viral video stars like Antoine Dobson (“The Bed Intruder Song”) and Paul “Bear” Vasquez (the Double Rainbow guy) came to be, and they still regularly release “Songify This!” remixes via YouTube.

During an interview at the TCA Press Tour this January, Fey said that “we knew early on” that they wanted the show’s opening theme to mimic the “Songify This!” style.

“We just thought it would be a fun open title,” co-creator Robert Carlock added.

READ MORE: Why Tina Fey and Gillian Anderson Are On Netflix: It’s Not the Future, It’s The Present

Thus, the team reached out to the obvious choice for collaborators. According to Evan Gregory, via email, “They asked us to work on that video so that it had the look and feel and sound of something we might do on YouTube. The music and melody for the show theme was already composed by Jeff Richmond, so we were able to come in and augment it, and add key elements of songification to achieve maximum catchiness.”

“The main thing we did is edit the whole video for Episode 1, and added all the vocal songification elements. Compositionally, we added a few melodic details and instrumental flourishes,” he added. “Then we edited the opening title sequence video in collaboration with design firm Pentagram.”

At the top of this article is the “Songify This” video that the Gregorys posted to YouTube this weekend. Below, find their own cover of the theme. (Sorry if it gets stuck in your head again.)