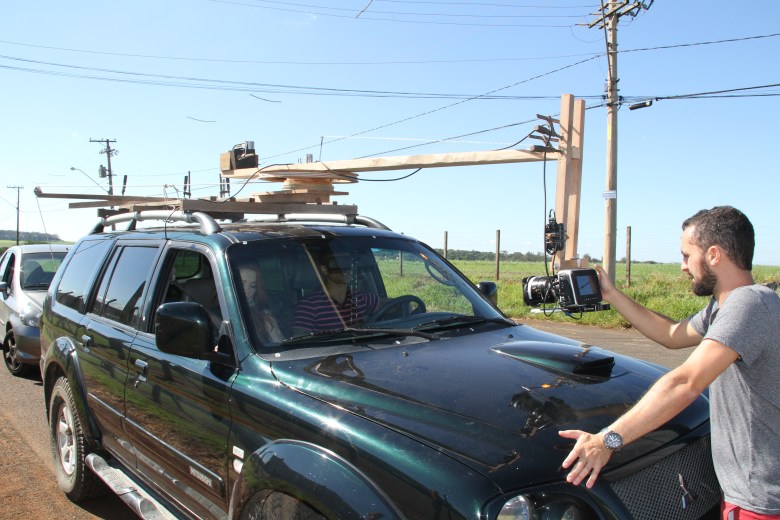 Many have congratulated me on the creative solutions I came up with to solve many of the problems we encountered on the shoot of the indie feature “Singapore Sling.” That’s flattering – especially since I was the one who created most of our problems. In fact, many of the problems were created intentionally.  What I mean by that is that I could have settled with a much simpler approach and avoided the problems altogether.

“Singapore Sing” was a bold project from its conception. The producer Neto Pimenta and the director Marcos Sigrist approached me with a very open mind about the style of the film. They wanted to hear what I had to say and they encouraged me to think creatively and not settle for the obvious. That’s what I believe is the dream of every cinematographer.

I was willing to think outside the box to stay true to the visual concept I had in mind. One particular scene in the film forced me to get creative. We had to come up with a way to shoot the very first scene of the movie: a couple inside a car, driving and having a conversation for 10 minutes. This had to be done in one single shot, no cuts.

We were not happy with the common solutions we had, including rigging the camera to the hood of the car with suction cups, which would make the camera still for the whole shot. In the film, “Before Midnight,” Richard Linklater shot an amazing scene like this, but it wouldn’t work for our film. We wanted to move the camera and land the frame on the right character at the right moment during the conversation.

There were not many options of rigs out there that could do what we were looking to accomplish. The solution I had was a very simple concept, an arm attached to the top of the car that could rotate around the front of the car shooting all the way from a close-up on the driver to a two-shot of both, back to a single shot of the passenger.

To make that a reality I involved my dad, a boat builder in Brazil who has an amazing engineering mind for these types of projects. He helped me throughout the process of figuring out the strength of each part, the support, the ways to minimize vibration and a way to control the whole arm during the shot.

I was working in Los Angeles and he was in Brazil at the time, so we had to build the prototype thousands of miles apart from each other. I drew the plans and designs in LA and he would build it in Brazil. We discussed via Skype and he would send me short videos of how it was progressing. This way we were able to show proof that the concept would work and once I arrived in Brazil to prep for the film, I just had a few minor adjustments to make and we were ready to put it to work.

The next step was to show the producer and director a test shot of the rig in action. They couldn’t believe how great it worked. We next arrived on the day of the shoot with the broken down rig and started building it back up at the location. The whole crew was impressed with the rig. We shot five takes in a matter of two to three hours and were able to get solid shots.

READ MORE: Attention, Filmmakers: Think Outside the Box When it Comes to Casting 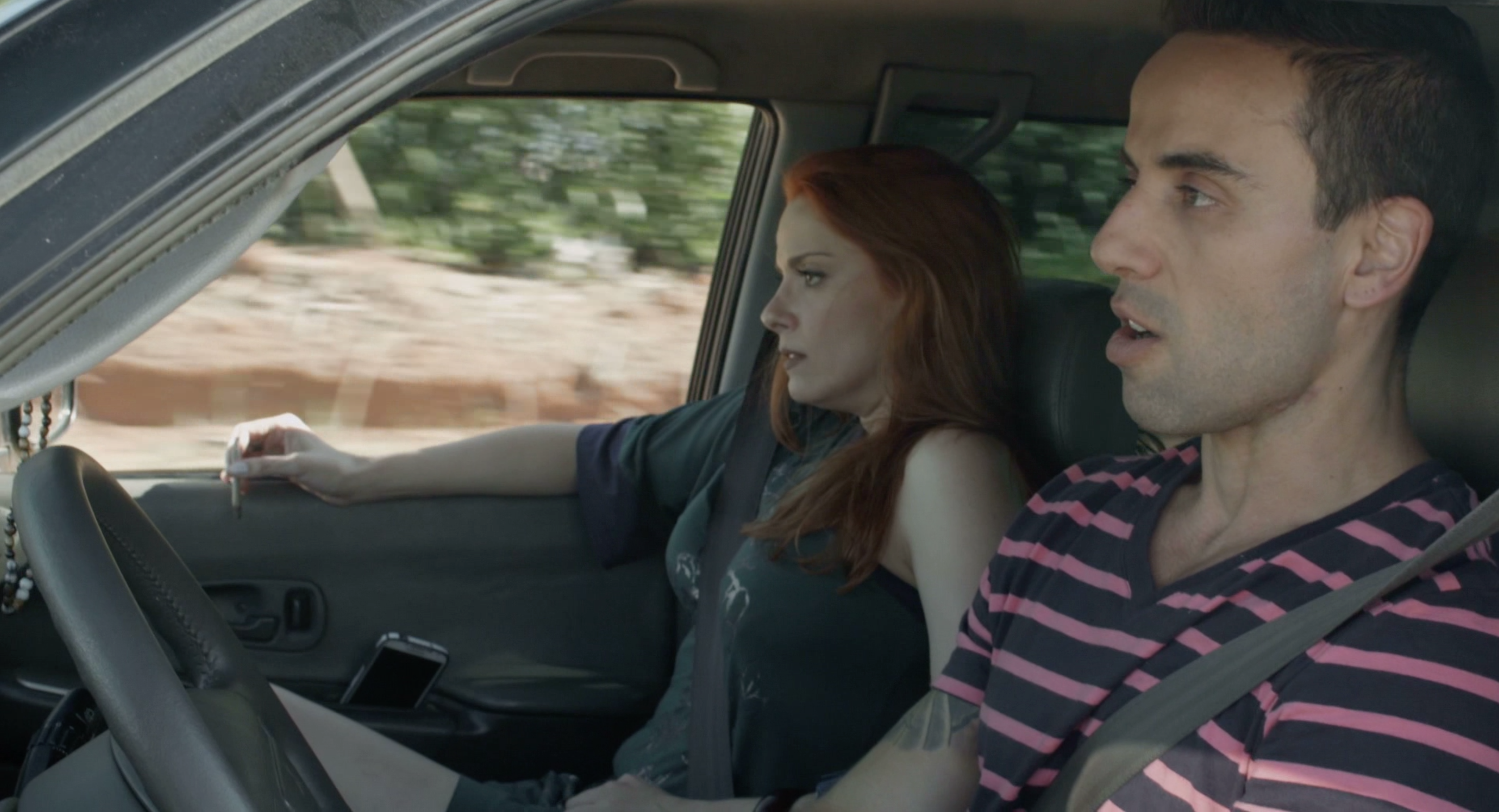 On the day of the shoot we had a new idea and decided to push the shot even further on its concept. We started the shot hand-held inside the car when it wasn’t moving. The camera slowly pulled out to reveal a character and as the other character came into the car we attached the camera to the rig in the middle of the shot. They then turned on the car and drove away.  A second operator who was in the trunk of the car watching and moving the camera controlled the rig.

In the end, the shot looked like it was done on a much larger budget. Our biggest achievement was that we were able to capture a very emotional moment in the film with the style that we wanted. The characters were having an important conversation that would set up the rest of the plot of the film and we were able to be on the right frame at the right time throughout the scene. That alone made it worth developing this special rig for “Singapore Sling.”

Cinematographer Ivan Rodrigues is currently working on pre-production for his third feature film collaborating with photographer and director Tyler Shields. The project entitled “The Wilde Ones” was selected in the Blacklist of 2014 and is schedule to shoot in the summer 2015.