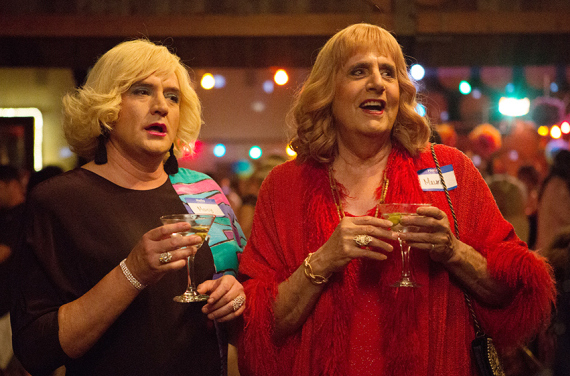 CineKink held its 12th Annual Kinky Film Festival on March 1, which awarded films and videos that celebrate and explore diversity in sexuality.
“It was an especially tight competition this year,” Lisa Vandever, CineKink co-founder and director, noted cheekily as she presented the awards. “It’s an indication of the overall quality of the works showcased this festival, that our jurors and audience had such a hard time choosing between them. And what we’re honoring tonight is the absolute best of the best.”
As silly as a festival like this may be, the goal of the event is to recognize and encourage sex-positive (and kink-friendly) depictions in film and television. The CineKink Tribute Festival Award for Extraordinary Depiction of Kink and Sex-Positivity in Mainstream Film/Television was awarded to the series “Transparent” for its “wry, yet tender look at the ripples created when one individual finally comes to terms with their true identity.”
CineKink Choice Awards – Audience Choice Awards:
Best Documentary Feature: “Back Issues: The Hustler Magazine Story”
Best Narrative Feature: “Marriage 2.0”
CineKink Best Awards – Jury Awards for Best Shorts:
Best Documentary Short: “It’s My Birthday and I’ll Fly If I Want To”
Best Comedy Short: “The Gordon Game” and “Kimi Kabuki” (tie)
Best Dramatic Short: “Rubber Romance” and “The Table” (tie)
Best Musical Short: “Zolushka”
For more information and a full list of winners, check out CineKink’s website.
READ MORE: Why ‘Transparent’ Creator Jill Soloway Feels the Amazon Pilot Process is ‘Revolutionary’

This Article is related to: Festivals and tagged Awards, Festivals, Transparent