Watch: Ethan Hawke on His Documentary Debut 'Seymour: An Introduction' at 92Y 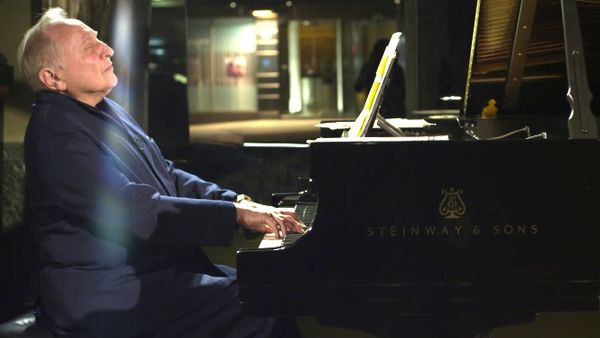 Fresh off of an Oscar nomination, Ethan Hawke is back in the spotlight — but this time, it’s for his work behind the camera.

After directing two feature films, Hawke presents his first documentary in “Seymour: An Introduction,” a nuanced and detailed chronicle of the life of New York City pianist/composer/teacher Seymour Bernstein. The film premiered to great acclaim at last year’s Telluride Film Festival, with the Wall Street Journal’s Joe Morgenstern calling it “the best kind of movie experience.”

After a screening of the film on March 7 at 92Y, Hawke stuck around to discuss process, discovery and his relationship with the film’s subject, Mr. Seymour Bernstein. The talk was moderated by Annette Insdorf as a part of the “Reel Pieces” series. As made clear in the video (posted above), he’s long been passionate about this project and was excited by the opportunity to turn to documentary.

The event was part of 92Y’s 7 Days of Genius Festival, March 1-8, which brought together luminaries from the worlds of science, technology, religion, art, music, film, literature and business to explore the meaning of “genius.”

Watch the full, hour-long video above.

READ MORE: Ethan Hawke on Returning to Sci-Fi With ‘Predestination’ and Pushing Himself as an Actor