10 Things We Learned About Indie Filmmaking from Sebastian Silva 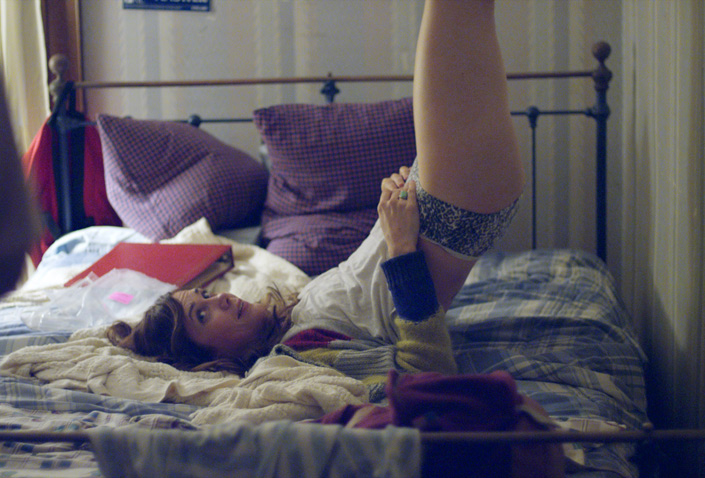 Sebastian Silva opened his recent Master Class at the IFP Made in NY Media Center with a YouTube clip of an 80-year-old woman nearly falling out of her harness while skydiving. “I’ve somehow lost interest in indie film, even though I’m really pushing to keep making them,” he said. “But stuff like this is really inspiring to me. It’s something that nobody could ever write and direct.”

This perfectly sums up the ethos of Silva’s filmmaking. After breaking onto the scene with the 2009 Sundance premiere “The Maid,” Silva has emerged as one of the leading voices in indie film. He espouses spontaneity; his films play like time capsules of the social moment, using naturalistic dialogue to communicate contemporary anxiety in an often humorous way. In a time when indie films are being made for millions of dollars, Silva has stayed true to the DIY culture—on every film but one, he’s kept his budget under $500,000. His most recent film, “Nasty Baby,” starred Kristen Wiig and premiered at Sundance last year to high praise.

“I rarely do lectures; I just improvise everything,” he declared in pure Silva fashion, adding, “My ass is sweating so much right now. But then again, it always is.”

1. When possible, ditch the script. 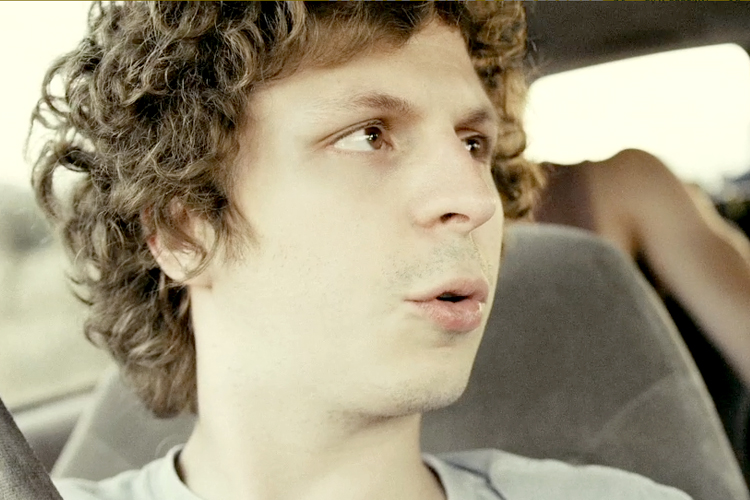 Sticking to the script inhibits naturalism. “By writing dialogue, you’re sometimes sabotaging the spontaneity,” he said. “You want dialogue to come out naturally, for the audience to believe it’s happening right now somewhere on this planet. Making actors memorize lines can kill that.” Instead, he recommends writing detailed outlines: “For ‘Crystal Fairy,’ I only wrote a 10-page outline. For ‘Nasty Baby,’ I wrote a 20-page outline. Just write information the characters are giving to each other.” Next comes improvisation—or something that closely resembles it. “Improvisation is kind of a myth,” said Silva. “When you get to a set and you turn the camera on and start shooting, there’s a fiction you’re creating. Improv only happens in the first two or three takes. In the first take it’s a little messy, the second take you fix that mess, third take you finesse the dialogue and timing, and then after that it becomes repetition. You end up with a scripted movie. Improvisation only really lasts until the third take, and after that you’re writing a script with the actors.” If you meet resistance from actors, push them to try it anyway: “Gabby Hoffman said, ‘I cannot improvise, no way.’ And yet she was the best improvisor I’ve ever worked with,” he said.

But this outline-improv method doesn’t work for every movie. “This movie I made, ‘Magic Magic,’ really required a screenplay,” said Silva. “The tone was thriller and it was based on aesthetics and timing and tiny character details. When it’s that specific, you need a script.”

2. Keep the camera rolling, even after ‘cut.’

“If you don’t say ‘cut,’ people stay on edge,” he said. “I rarely turn the camera off; I keep the camera on after I say ‘cut,’ while I’m giving directions.”

3. Every scene must move the story forward.

“Know what needs to happen in every scene,” Silva advised. “That’s what’s key. Every scene has to move my story forward. If I want to keep my story still, then I’m doing it on purpose. Each scene has to have meaning. Having a scene just because the lake is beautiful or you want to see a giraffe is meaningless.”

4. The secret ingredient to creativity? Embarrassment. 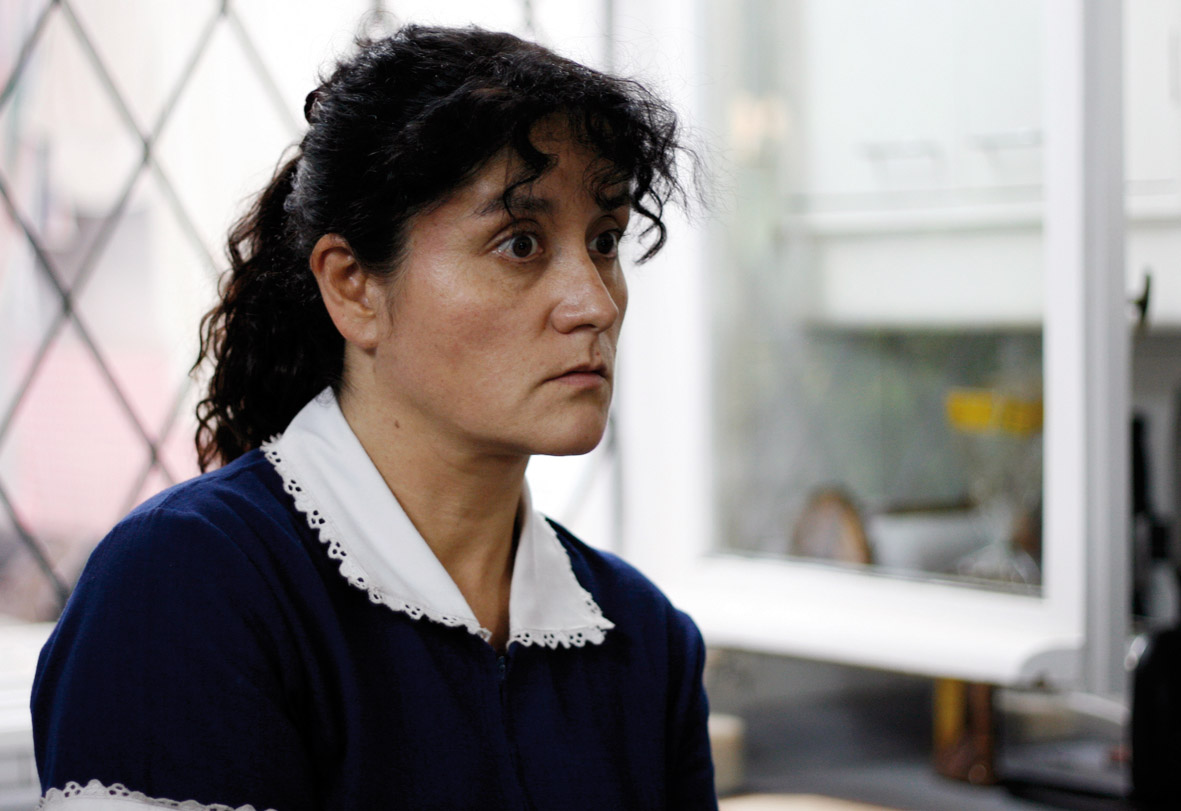 “I feel very intrigued, attracted to, and challenged by embarrassment,” he said. “Passing through embarrassment and conquering embarrassment is one of the key things you need to have creative freedom. You’re setting yourself up for failure, and that’s huge in the creative industry.” He went on to explain how experiencing embarrassment fuels his artistic energy: “I want to be nervous, I want to be scared. I want to feel that things might not work out the way I thought they would. Being embarrassed gives you adrenaline. You’re more on edge, more aware. It’s important not to feel safe.” He explained how this idea is at the core of “Nasty Baby,” which features a scene in which Silva tries in earnest to impersonate a newborn child. “The idea was to act like a baby…not even making fun of babies, or making fun of people who make fun of babies, but trying to be a baby. It’s really embarrassing to do this. It’s liberating. Whatever makes you feel embarrassed, do it.”

“Kids, you don’t need lights!” he said. “You really don’t — especially when you’re making movies really fast and you don’t have a budget. Lighting is a waste of time unless you’re shooting in a cavern. There’s light everywhere. Every house has light. You can add more with lamps.”

6. Give your film a specific color palette. 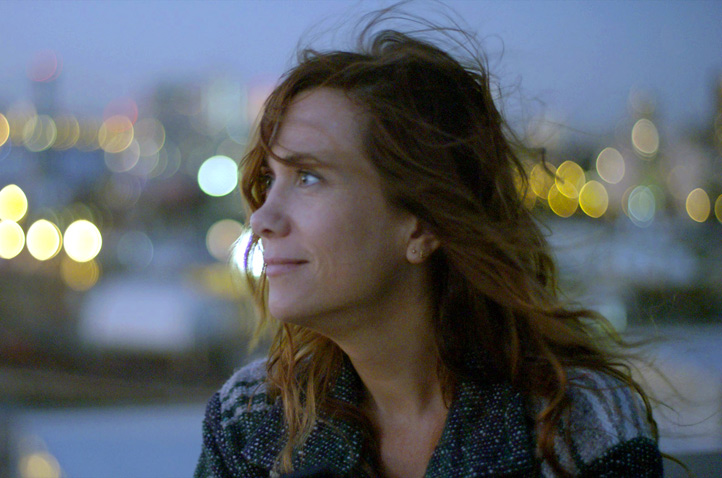 When asked what mistakes amateur filmmakers make, Silva mentioned the absence of a color palette. “Usually in first films or student films, there’s no color palette. It’s a mess,” he said. “The movie doesn’t stay in the audience’s eye. They don’t remember it visually because it just looks like a supermarket, where every color is welcome. Defining a color palette is really important to give your movie a specific look.”

7. If you can, opt to shoot handheld.

“If an actor is giving a really great performance, you can get close to them,” he said. “I like the freedom of that.”

8. Working with a studio will compromise your artistic freedom.

“My movies don’t go any higher than $500k, except for ‘Magic Magic,’ which was a $2M film financed by Sony,” said Silva. “It was a disaster. The movie never came out to theaters, I had a really bad time. It ended up with me sending a frowny face in an email to the entire Sony staff. They made an awful DVD cover, the trailer’s bullshit. It’s crazy. It was a really bad experience. They didn’t market it well.”

9. Always have multiple projects going on at once.

“I always have five projects going on at any time,” Silva admitted. “It’s such a cruel world out there. There’s so many people trying to do this, and it’s discouraging when you have one thing and you’re just waiting around. I’m very impatient, myself. So I’d rather be working.”

10. All you need is a good screenplay.

“Writing is everything. That’s all you need — just a good screenplay,” said Silva. “No matter who you are, whoever reads the screenplay, if the screenplay is great, it’s going to get to the right hands. Everyone has a potential great movie in their heads. It’s just a matter of writing it.”