Are the Characters on 'Girls' Even Friends? In Comparison to 'Broad City,' It Certainly Doesn't Look Like It 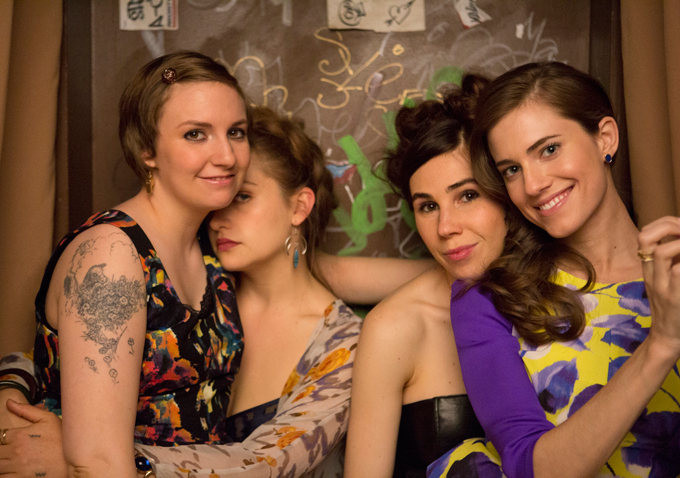 There’s no denying that making the comparison between “Girls” and “Broad City” has been done to death. And yet, it’s difficult to ignore the similarities, along with one glaring difference. Both are about young women who are best friends, trying to figure it out in NYC. But while “Broad City” is a love story between the two friends, the four “Girls” don’t seem to like each other very much.

Frequently on television, we see female characters who fight, compete or straight up hate each other. Or, when there are characters that claim to be friends, they become so consumed with their relationships that they are rarely seen together. And when they actually do see each other, guys are all that they talk about. Any woman can tell you that this is a gross misrepresentation of female friendship — when women hang out together, not all of their conversations are about men. Crazy, right?

This is precisely why “Broad City” is such a breath of fresh air. As executive producer Amy Poehler has said, “At the end of the day, this show is a love story between Abbi and Ilana.” Despite their differences (of which there are many), Abbi and Ilana still love and support each other. They aren’t consumed by their sex lives, they aren’t judgmental towards each other, and it’s obvious they genuinely love each other. A show where the women lift each other up instead of bring each other down is exactly what television needs right now. 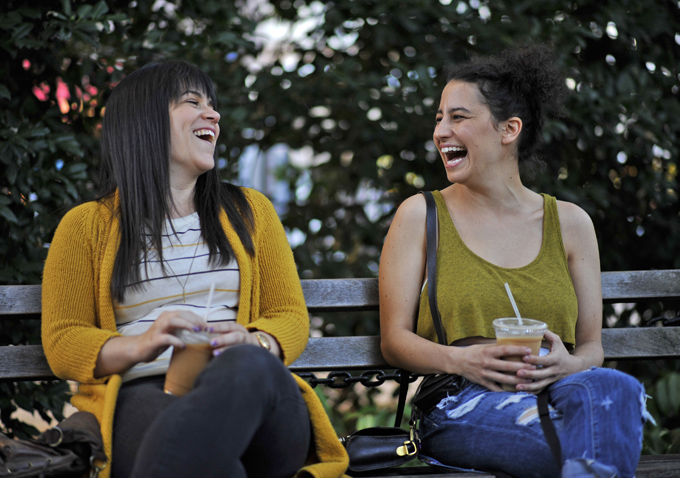 A show doesn’t necessarily have to be a “love story” between women in order for it to be positive. For example, shows like “Orphan Black, “Getting On” and “Orange is the New Black” all feature complicated relationships between women who often get on each others’ nerves. Much like “Broad City,” even when the characters argue, they always have each other’s backs at the end of the day.

With this being the case, why does “Girls” — a show that claims to be feminist — oftentimes cast such a negative light on female friendship?

While never quite a “love story,” the friendship between the four young women on “Girls” started out as believable. The characters didn’t always agree, yet they seemed to truly care about each other. As the show progressed, however, it became less and less clear why these people were even friends. They don’t tell each other anything, there’s always drama between them, and most importantly, they don’t even seem to like each other all that much. Even Shoshanna outright admitted in Episode 4 of this season she “never really liked Marnie.”

READ MORE: Why Are Shows Like ‘Kroll Show’ & ‘Broad City’ Killing It? Because Comedy Central Is Hands Off

Best friends tell each other everything… right?

What’s especially troubling about the supposed best friendship between Hannah and Marnie is the lack of communication. During Episode 9 of this season, Marnie (in her typical self-absorbed fashion) hijacks Ray’s election party to announce her engagement to Desi before even telling Hannah.

In “Broad City,” the two friends don’t keep any secrets between each other. As Abbi tells Ilana in last season’s finale, “You text me every time you take a dump. I know about the pimple on your nipple, and I’m, like, the holder of your social security card.” While it isn’t necessary (or recommended) to tell your best friend every time you use the bathroom, telling your best friend that you’re engaged before sharing the news with a gathering of mostly strangers seems like a given. 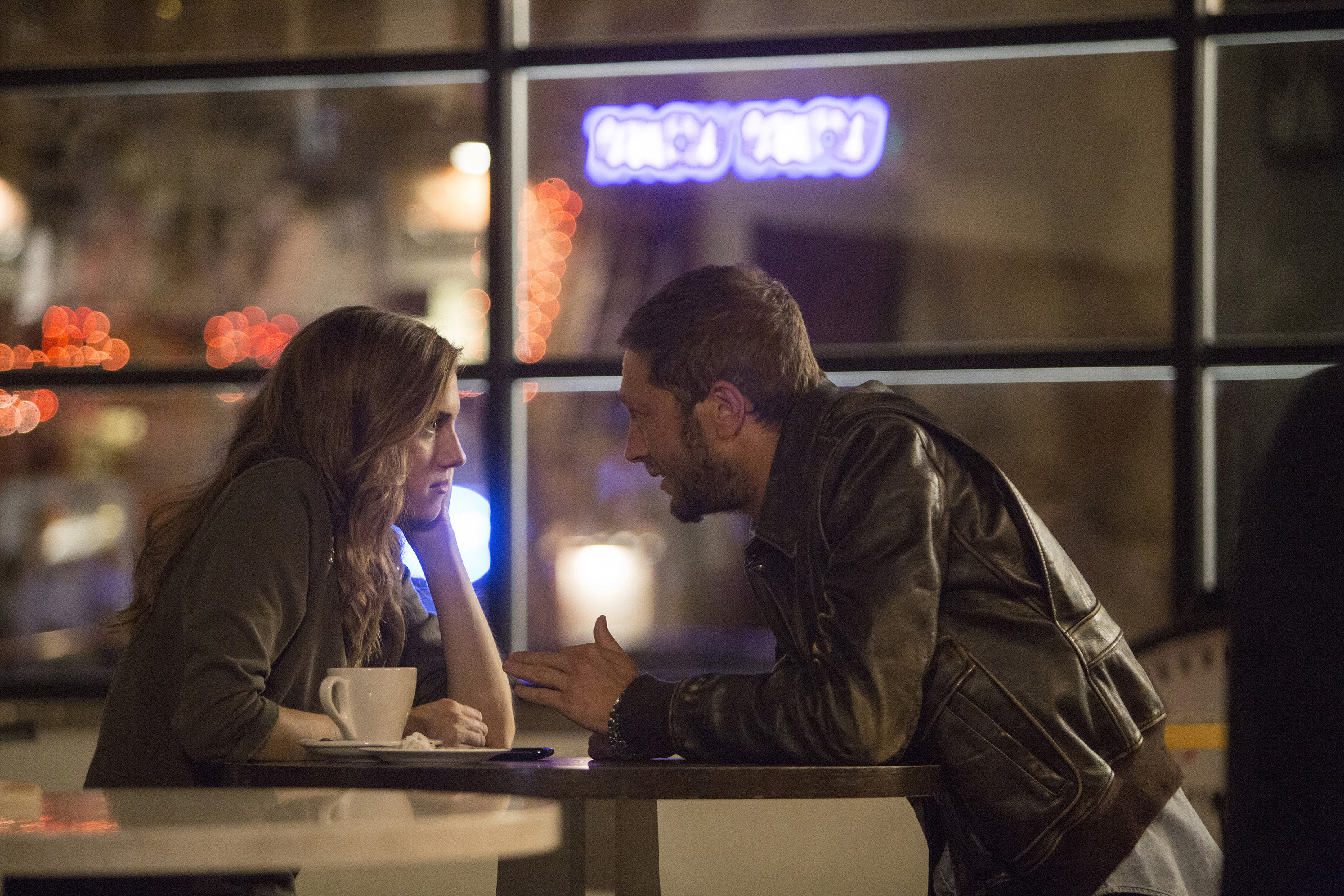 Another exhausting aspect of female friendship on television is the trend of a woman abandoning her friends to focus all of her attention on her boyfriend. Marnie’s habit of putting her romantic interests above her friends’ is especially eye-roll worthy. Her entire storyline this season has centered around her mess of a relationship with that idiot Desi. What’s so refreshing about “Broad City” is that it shows how even though sex and relationships are a part of women’s lives, they don’t have to be all-encompassing.

Despite having lives as complicated as the characters on “Girls,” Abbi and Ilana are never so absorbed in their relationships that they have to sacrifice every other aspect of their lives. Even Ilana, who is probably one of the most sex-positive characters we’ve ever seen on television, has so much more to her than just her sex life. Even when Abbi finally gets together with Jeremy — the guy she’s had an intense crush on for a long time — nothing changes between her and Ilana. In fact, Ilana was probably even more excited than Abbi about the hook up (and not just because of the pegging). 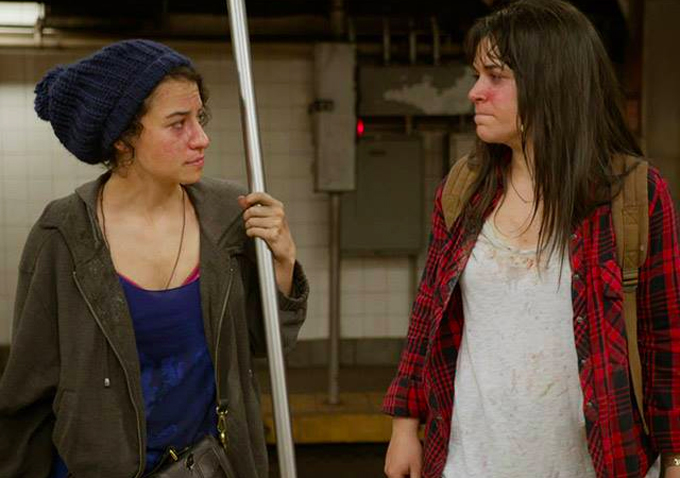 One can make the argument that since “Girls” is more of a dramedy, and thus it’s necessary for more tension to exist between the characters. But while drama is necessary, it’s not healthy for friendships to be so fragile that they fear their friendships will end because of said drama. A lot of the humor (and drama) tends to be derived from the friction between the characters. Why would we want to reinforce such an outdated notion that women are constantly trying to bring each other down to make themselves feel better?

While the characters on “Girls” are so judgmental and quick to put each other down, Abbi and Ilana are constantly lifting each other up. They take care of each other, compliment each other, and are incredibly loyal. Even if the intensity between the two isn’t true for every female friendship, it’s a lot more realistic than most of the “friendships” between women that we seen on TV. Seeing women who love being friends with each other too much is a lot more preferable than seeing women who plainly dislike each other. Though maybe not everyone is lucky enough to have found the Ilana to their Abbi.

Even selfish people have friends.

The purpose of this isn’t to bring down “Girls,” which still has some refreshing instances of women trying to support each other, including Mimi-Rose’s attempts to befriend Hannah or their lack of judgment over Jessa’s decision to get an abortion in Season 1. But for a show that’s supposed to be a modern representation of young women, it should at least attempt to feature more positive, realistic friendships.

Obviously, these characters are self-centered and slow to mature. But with all of them being over the age of 22, shouldn’t their idea of friendship already be evolved past middle school?

READ MORE: Why ‘Broad City’ Is The Anti-‘Girls’