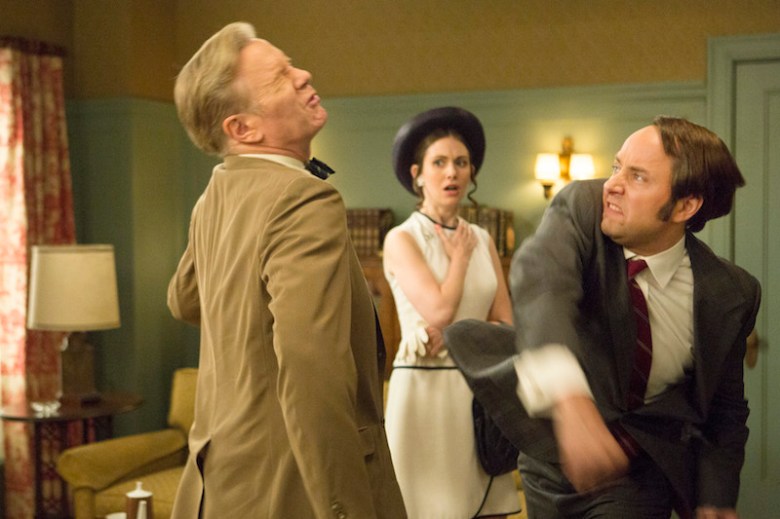 Viewers of last night’s “Mad Men” got to witness a pretty kick-ass Peggy speech as well as some monumental shifts for the business of Sterling Cooper & Partners. It also was blessed by this moment (GIFed by TheBigLead.com):

What inspired that punch, though? An obscure bit of history that had a seismic impact on another of your favorite shows.

Starting with the specific beef of “Time & Life”: The headmaster of Greenwich County Day — an exclusive private school that the Campbells want little Tammy to attend — is a MacDonald, which might sound like just a generic Scottish name… to anyone unfamiliar with the Massacre of Glencoe.

For history buffs, the 1692 Massacre of Glencoe is the story of one of Scotland’s most infamous slayings: 38 members of Clan MacDonald were brutally murdered by a company of soldiers under the command of Captain Robert Campbell, who took advantage of their host’s kindness in the worst way possible. Pete Campbell’s excuse — “The king ordered it!” — comes off as weak even a few centuries later.

Here’s the fun twist: The Massacre of Glencoe was one of two direct inspirations for “Game of Thrones’s” infamous Red Wedding according to author George R.R. Martin. “Clan MacDonald stayed with the Campbell clan overnight and the laws of hospitality supposedly applied. But the Campbells arose and started butchering every MacDonald they could get their hands on. No matter how much I make up, there’s stuff in history that’s just as bad, or worse,” Martin said in 2013.

So, without the nefarious actions of Pete Campbell’s ancestors, would Robb and Catelyn Stark still be alive? Oh, certainly Martin would have found some other historical justification for killing them off, but as coincidences go, this is a fun one — especially, if like Jon Snow, you know nothing.

READ MORE: The 5 Best Filmmaking Moments on ‘Game of Thrones’