An intimate portrait of All-American NFL tight end Tony Gonzalez, renowned for his sure hand and intrepid heart, and his older brother, and wingman, Chris. Take a seat at the Sunday night dinner table of the Gonzalez family and experience their pride, love, and resilience, as they speak candidly about how they overcame disappointment, and supported each other through tragedies on the winding journey to fulfilling their ambitions. [Synopsis courtesy of the Tribeca Film Festival.]

“Play It Forward” is about brothers Chris and Tony Gonzalez, one who had to sacrifice his football goals to let the other become a superstar.

“Play It Forward” is about the relationship between two brothers, the reluctant football star, future Hall of Fame tight end, Tony Gonzalez, and his older brother and wingman, Chris, whose heart’s desire was to play the game as only his little brother could. The film follows the Gonzalez brothers over the course of a pivotal year as Tony’s career is winding down and the clock is ticking on his goal of finally getting to a Super Bowl. Meanwhile Chris, who has lived in his brother’s tremendous shadow, finally finds his own calling, and, despite his lack of academic prowess, attempts to get his Paramedic’s license in pursuit of a mid-life dream to become a firefighter. The story explores brotherhood, sacrifice and what it takes to achieve greatness, on or off the field.

I fell in love with documentary filmmaking when I first saw Barbara Kopple’s “Harlan County, USA” in college. It is such a remarkable way to tell stories, and I feel very fortunate to have been able to work in this medium for much of my career, starting in New York on Peter Jennings’ documentary film team, and then, when I moved to Los Angeles, independently. I am also ever grateful to my producing partner, Cristan Reilly, who encouraged me to jump back in after a hiatus to have my three kids.

This film took an interesting turn. We had intended to tell a story about retirement through the lens of Tony Gonzalez, but after cutting that movie, the film that was calling to us was the one about Tony and his bother, Chris. It was a tough decision to take the time and resources to recut the entire story. We are very grateful to our producing partners, Michael Strahan and Constance Schwartz, for taking this leap with us, particularly because we weren’t sure the story we thought was there was actually captured on camera, since it wasn’t what we were shooting for. But in the end, we feel the story took on a magnitude far beyond the lessons of retirement, and became a story about the grit, love and family sacrifice it takes to achieve greatness on the field and off. 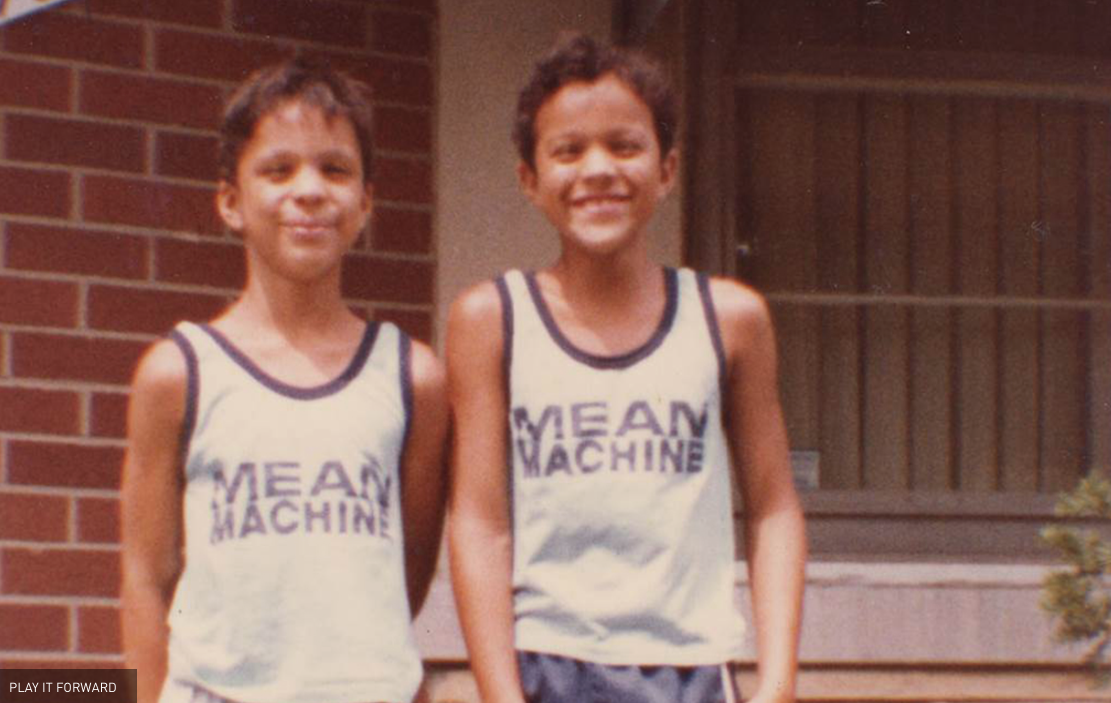 I would love for people to walk away from the movie understanding the lessons the Gonzalez’ taught us about what it means to live a life with a full and gracious heart.

For this film, we all took a page from “Cutie and the Boxer” because we so loved watching the relationship between husband and wife Ushio and Noriko Shinohara unfold on screen. We also really loved Danfung Dennis’ “Hell and Back Again” for its beautiful depiction, through both sound and images, of two different worlds that one individual can inhabit simultaneously.

We are jumping into another HBO “State of Play,” as well as another project we are super excited about, but if I told you what it is, I might have to kill you. Kidding, but we are just finishing up our rights on it, so we can’t yet announce. Stay tuned.

Canon C100, with additional camera work on the Canon 60D, and the Canon 7D.

We had other sources for this one, but will likely turn to crowdfunding in the future.

I was lucky enough to learn on the job. My mentor when I was working with Peter Jennings’ documentary team was Craig Leake. He took me under his wing and I got to learn from a master storyteller, shooting on film and editing on a Steenbeck.

This Article is related to: Festivals and tagged Meet the 2015 Tribeca Filmmakers