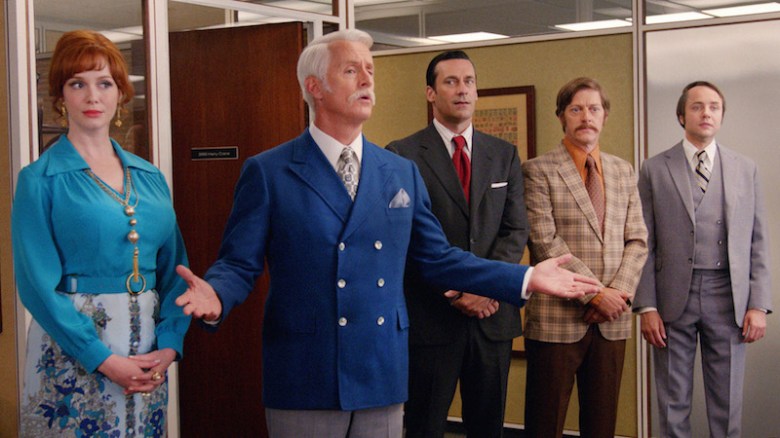 “This is the beginning of something, not the end.” So pleads Don Draper to a company full of people who know better, as well as an audience even more aware of the impending ending of “Mad Men.” Don may have needed a change or a new business deal to keep himself on the ups, but everyone else has other priorities — like keeping their jobs. The five partners, repeatedly isolated in the episode’s array of closing shots (think their final toast, their final, failed pitch meeting and then their final company address), may have had nothing to lose other than autonomy in the McCann arrangement, but their underlings — underlings Don pretended to identify with when telling Roger he could have been his chauffeur in another life — have to worry about their very livelihood.

“Time & Life” deconstructed the caper concept so repeatedly relied upon in “Mad Men,” building us up for another Don Draper brainstorming session that could save the company. Instead, he was put in his place by the giant hand of Jim Hobart. No more scheming. No fancy presentation. No last-second Hail Mary. “It’s done,” said Hobart. There may be three episodes left, but co-writers Matthew Weiner and Erin Levy (as well as director/former cast member Jared Harris) have officially moved Don on from the dream that business will save him (thank God); and now they’re bringing Peggy along with him. So important was Peggy’s role in “Time & Life” that we’re swapping their parts in the below rubric. Without further ado… 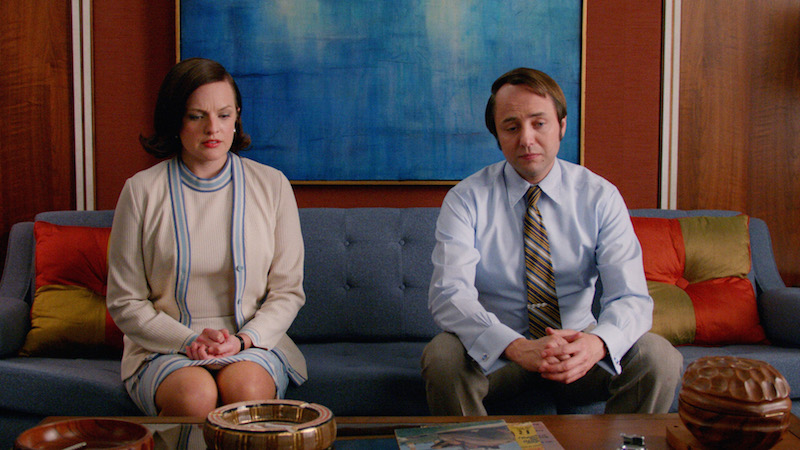 What started as a routine product testing turned into a deeply personal flashback for our dear Peggy Olson. Her proposal for a “battle royale” scenario to see how kids really respond to the product didn’t sit well with Stan, but his accusation that Peggy hates kids went over far worse. You could tell how deeply his words stung the second he said them, and all the credit in the world goes to Elisabeth Moss for her untouchable portrayal of the frustrated feminist. And boy did she ever earn that label and then some with her touching and tremendous rebuttal of Stan later in the episode.

But Peggy isn’t satisfied. She’s doing the right thing by staying with McCann Erickson, it seems, but that’s hardly the biggest worry on her mind. Peggy has been looking for someone to share her life with for a while, and her baby’s father (Pete) certainly never fit the bill. Many may point to Stan as a possible contender after this episode, but their dynamic seems to be strictly professional, with personal lives breaking in only occasionally. They work well together, but that’s as far as it should go.

Peggy needs more than her job, just like Don does. Unlike Don, she knows it, is working to fix it, but doesn’t have the professional or financial stability to be as free for fancy as her mentor (just look to her nixed spontaneous Paris trip earlier this year). How she ends up after all this will say a lot about the show’s perception as pessimistic or otherwise. The odds are stacked against Peggy, as a woman living in a man’s world, but that’s never stopped her before.

Our Happiness With Peggy: 9 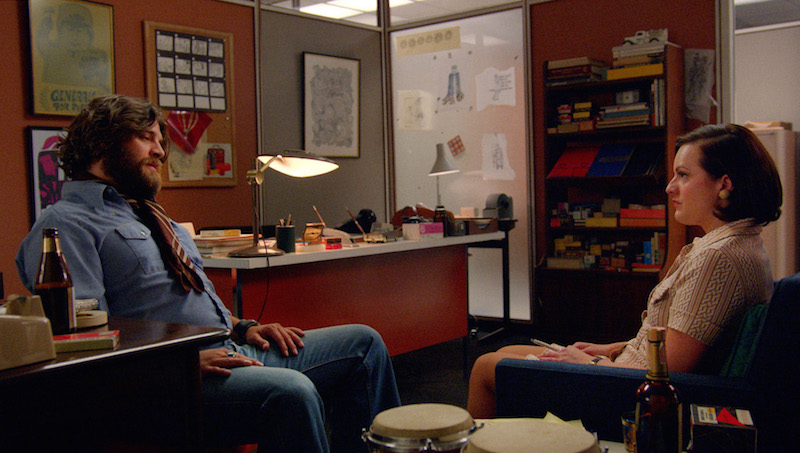 For the record, the above rating would be a full 10 out of 10 if Peggy’s level of happiness was a bit higher (as we can only be fully happy with Peggy if Peggy is indeed happy herself). Up to this point in the series, Peggy and Pete’s child hasn’t been a big topic of conversation. She doesn’t bring the baby up, and Don would certainly never dream of it. That being said, I’m so glad the topic was broached with such directness in “Time & Life.” I am fully and unconditionally in love with Peggy’s defense of herself, mothers and non-mothers alike. It’s a moment to be ranked among the best and most insightful in “Mad Men” history, and one that proved Peggy’s early feminist ideals — as well as explained away some viewers’ unfavorable opinion of her character.

The shocking reveal that she was pregnant in the first place stuck with many viewers, and I know a number of fans who were turned off by Peggy altogether after her decision to give up the baby. But she’s right. She’s been right all along, about all of it — and we’ll get to the highlight of her illuminating speech to Stan shortly —but also about this: “He’s with a family somewhere,” Peggy said. “I don’t know, but it’s not because I don’t care. I don’t know because you’re not supposed to know or you can’t go on with your life.” If that beautiful, heartfelt explanation of a human being’s most difficult day doesn’t get everyone on Peggy’s side, the only fault lies with the viewer.

READ MORE: Christina Hendricks on the ‘Catwalk’ of ‘Mad Men’ and Not Needing a Happy Ending

My Name is Don Draper, and I Want To… Be Okay 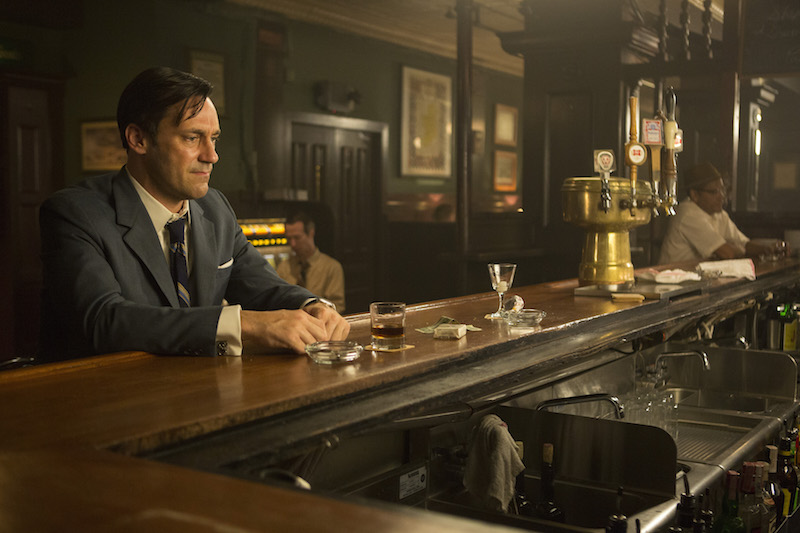 “Time & Life” may be the last caper episode of “Mad Men.” What it says that Don’s plan to once more save the company was a bust is a discussion to be had once the series wraps and we know whether Don ends up as happy as he’s dreamt of becoming. For now, we know one thing: He is “okay.” Roger said so after the two shared more than a few “final” drinks, and the words struck Don nearly as strongly as Stan’s rebuke of Peggy’s aversion to kids did to her. He remained positive up through the partners’ announcement to their employees, even going so far as forgetting it mattered at all. Meredith had to serve as the voice of reason — forcing Don to tell the company staffers what was going on — and that’s a scary thought (even though I’ve never been more empathetic towards the innocent receptionist).

Don now has to face the fact that he’s pretty much done with work. As illustrated by the employees’ dismissal of his promise that this is “not the end,” it’s not a bad problem to have but one Don is completely uncomfortable with in his current state. He always seems happiest when he’s pulling off a miracle at work and at his most miserable when there’s no work to be done. Jim Hobart’s speech was enough to con Don into thinking he’s got big things left to do, but really he’ll just be overseeing other people’s ideas. As Ted said, “I’m ready to let someone else drive for a while.” Don is not, and how he copes in the last three episodes should be a fascinating journey to behold…even if we’ve been waiting for it to start these past three weeks.

Employee of the Week: Pete Campbell 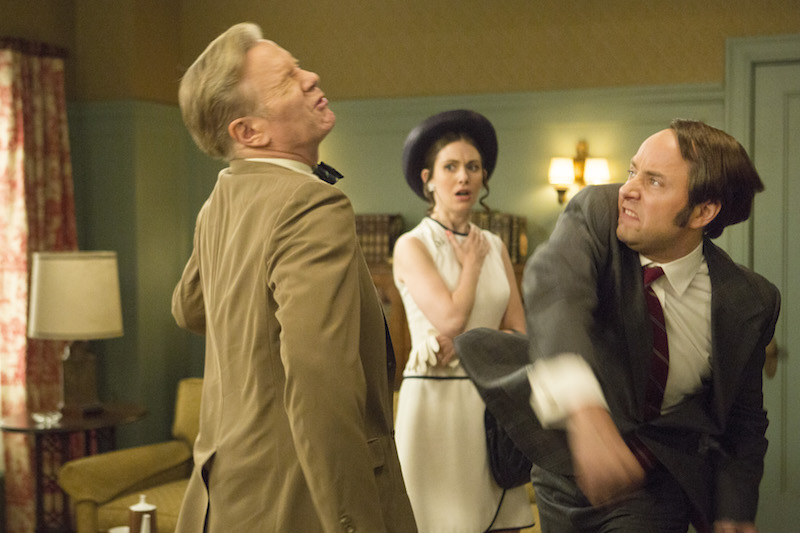 I was hoping to get at least one more Pete-centric episode before things wrapped up, and I’ll be completely satisfied if “Time & Life” turns out to be it. We saw Pete rekindle a bit of a flame with Trudy, by far his best romantic partner (or at least the one most like him); Pete got to say “poop” while drinking “Ken’s incredible” — and expensive — wine; he had sweet moments with Peggy and Joan; we discovered Pete’s ancestors were hospitality-exploiting savages who murdered people while they slept (at the order of the King); and, oh yeah, Pete punched that bow-tie wearing jerk in the face! Finally! Pete punched someone else! After enduring many justified shots to the jaw, Pete finally got to deliver an equally satisfying blow to someone else. MacDonald may have called Pete a “coward” for the “sucker punch,” but Pete warned him it was coming and did it to his face. Literally. He’s the easy winner of that exchange. (Oh, and the irony of Pete punching someone for the right reasons in an episode directed by his former adversary, Lane Pryce/Jared Harris, is all too delicious to handle.)

The ’70s Have Arrived 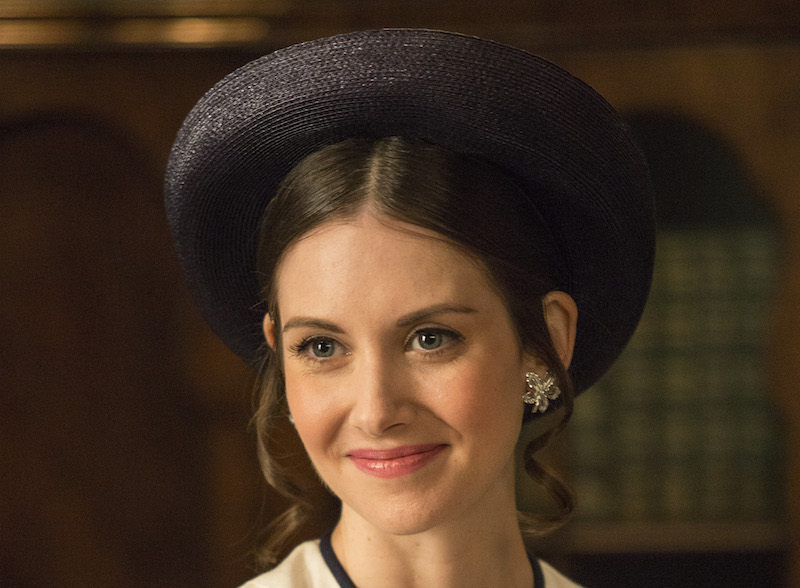 Trudy’s hat. I mean, look at that thing. It’s like the expensive twin of the hat from “Annie Hall.” It appears both massive in the above shot and petite when viewed from the side. Trudy has never had a more Trudy hat. That hat could have its own spin-off series, and I would watch it.

“I just talked Secor Laxatives into joining us.” – Pete
“Was it difficult to move?” – Don

It’s a toss-up this week. You all tell me which joke was better — Roger’s too-good-to-resist jab at Ken’s eye patch or Don making a poop pun. 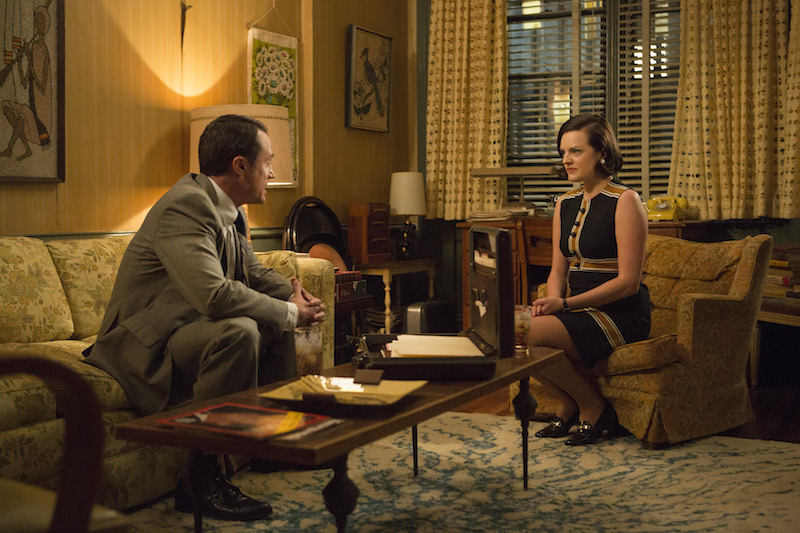 I promised I’d address the highlight of Peggy’s illuminating discussion with Stan, and this is most certainly it. Expect to see this phrase tattooed on the internet in every form possible (though perhaps abbreviated for ease of sharing), and with good reason. One of the most important aspects of the conversation was that it was just that: a conversation. Peggy wasn’t confronting some pig-headed ape about her personal life. She was talking to a friend. Stan said “You’re right,” a few times in the exchange, but Peggy refused to settle for that as the end of the discussion. Actions speak louder than words, and his judgement of something he doesn’t understand was inherently wrong and made more so by the fact he didn’t care enough to think it through.

“But you don’t understand your mother,” Peggy countered when Stan said he got at least part of the angry mother’s argument. “Well, maybe I don’t want to!” That was it. That was when she broke down his defenses to their barest reason and illustrated the generational handicap she was working against. Men didn’t want to think about women back then, or at least certain parts of their lives, so they didn’t. Peggy pushed one of them to do just that — a man capable of listening to reason — and he heard her. Change starts in moments like these, and I certainly hope it does for Peggy. She deserves it and then some.