Review: 'Veep' Season 4 Proves Holding Power Can Be as Hysterical as Craving It 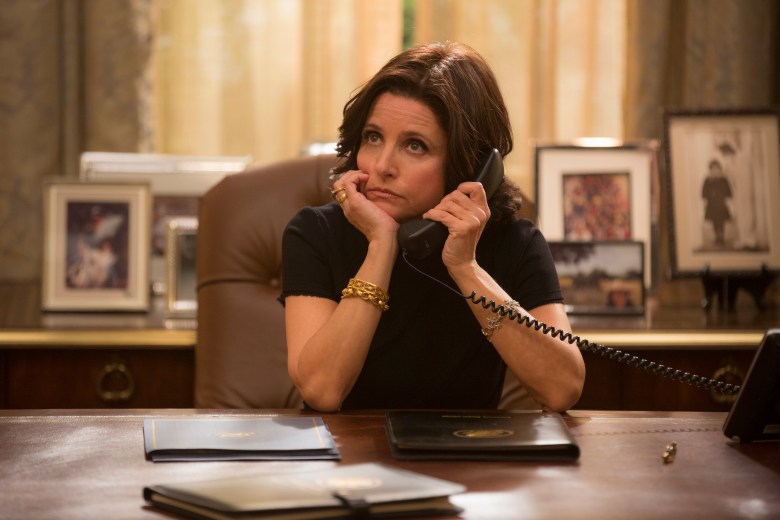 “Veep” is incomparable in comedy. Along with fellow regular Emmy-nominee “Louie,” the HBO comedy has crafted a style so unique the series itself is entirely its own beast. Seemingly structured around the opportunity to tear down its characters through vicious, addictive and hilarious insults while still progressing steadily as a narrative, Armando Iannucci’s scathing satire of American politics deserves to be held to no other standard than its own.

Even in its fourth season, “Veep” continues to push boundaries and excel in topical content big and small: Selina Meyer’s State of the Union address in the premiere episode is given the full weight of the episode arc, utilizing a flashback technique to emphasize its climactic, comedic moment. Yet fans may remember a comparably small scene from Episode 2 even more vividly in years to come, when the President lashes out at a guilty party only to be reproached with equal and surprising vigor.

Season 4 takes a few extra beats to hone its whirlwind of repartee, but the impeccable blocking is only briefly hampered by the new location. Yes, the VP dropped the “V” last season, ascending to the Presidency when POTUS was forced into early retirement, and she’s still in the middle of a hotly-contested election, facing fluctuating polls depicted in a new episode intro. Even with a few dips, though, her campaign is looking all the more attractive to the D.C. leeches eager to garner White House experience. 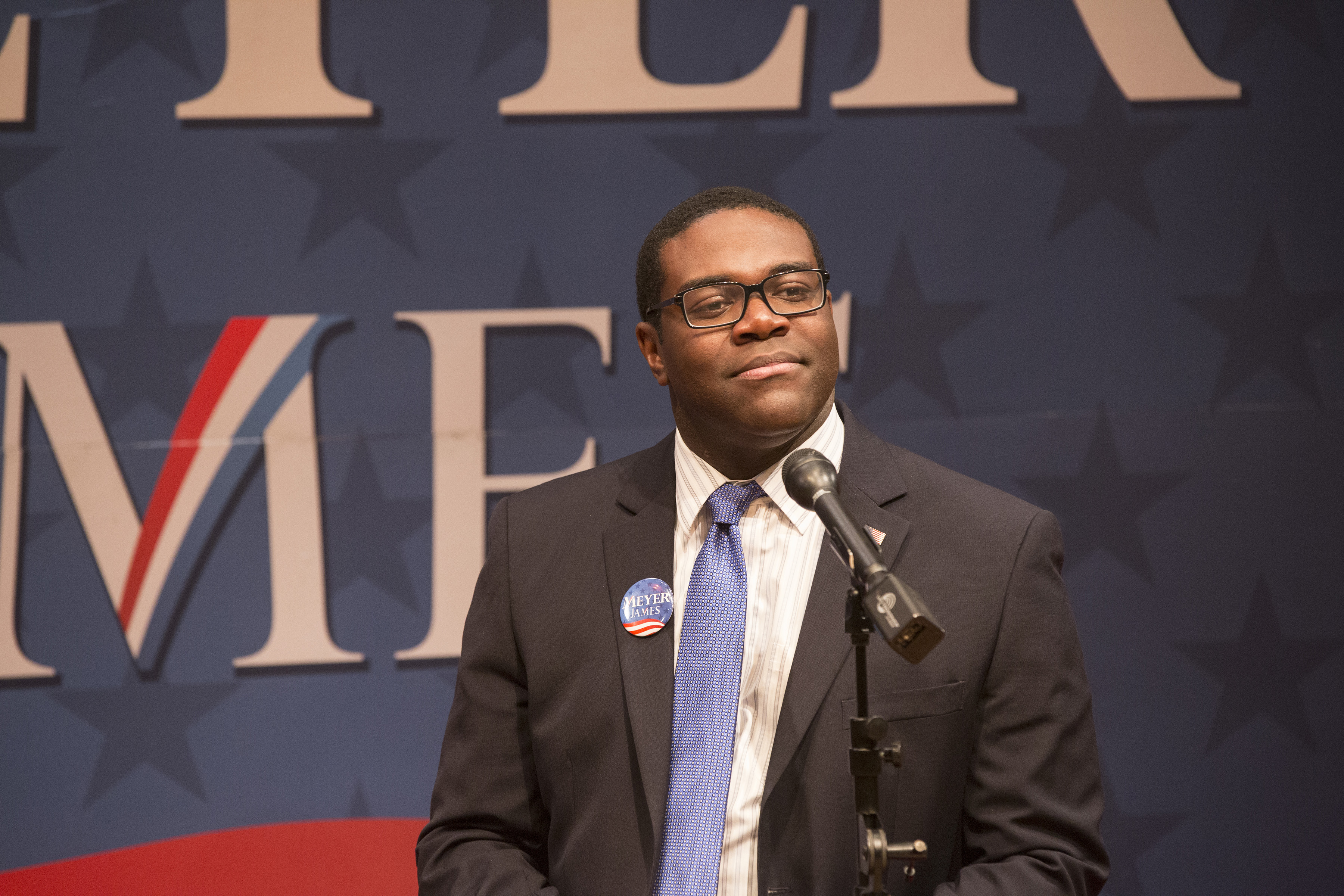 Embodying those leaches are some welcome faces. Sam Richardson, who played the incompetent election office aide in Iowa last season, has brought his character’s particular lack of talent to the White House as a stellar new series regular. Also joining up in recurring roles are Diedrich Bader (who Selina tried to hire as campaign manager last year) and Patton Oswalt, as the confusingly grabby chief of staff to the new VP. These three and more step into the mix without missing a beat — though Oswalt’s role is notably more challenging, given its oddball-to-the-oddball status — and we’ve still got at least one big name still to come, as Hugh Laurie of “House” fame has yet to appear in the first four episodes.

“Veep” has always excelled not only in its writing and acting but in every phase of production, from the cinema verite camera movement to an exquisite set design that recreates historical locations while providing just the right amount of space for character interaction. Through three seasons, the main space utilized was the VP’s office — a room that could function as a welcoming open space or hostile, closed-off environment (mainly because of those two huge walk-in doors). Now they have to deal with the Oval Office and its surrounding rooms. Understandably, it takes a few minutes for the group to fall into a groove, but blocking is back to being a thing of beauty before the first episode even reaches its halfway point.

Nothing is expendable in “Veep” — even an “Expendables” reference in Episode 3, “Data,” is so well-placed it’s later joined by another reference to Sylvester Stallone — but the series’ ability to adapt to a new situation with chameleon-like effectiveness calls to mind a series that couldn’t make the same transition (literally). Even before Frank Underwood was introduced as President in Season 3 of “House of Cards,” signs pointed to problems for the Netflix drama. It seemed to be leaping before it looked. How could someone whose character was so rooted in an unquenchable thirst for power be as interesting when he was given all the water he needs? 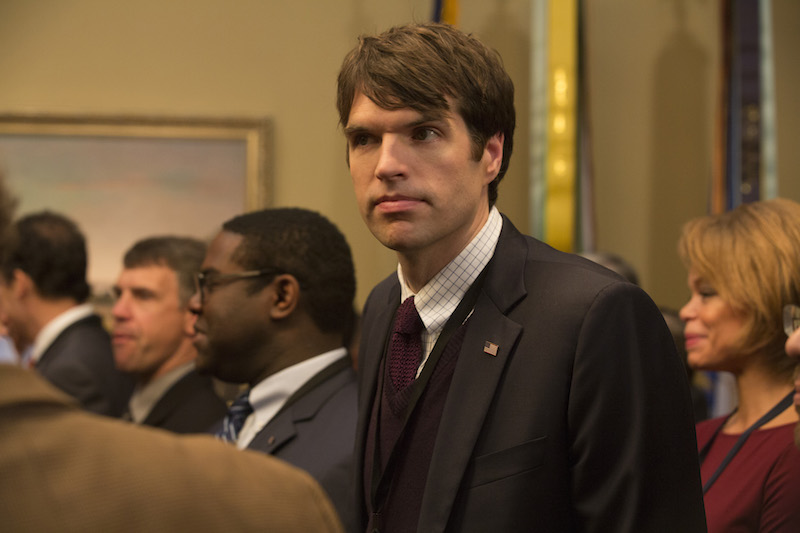 The short answer is he couldn’t. “House of Cards” Season 3, while still intriguing and well-crafted, has taken a step back in the entertainment department. The same cannot be said for “Veep.” Though it’s a toss-up between the two politicians when it comes down to who wants it more, much of Selina’s appeal stems from her innocence. The word may seem inapplicable to a woman who uses f-bombs as commas, but Selina is the bright-eyed, bushy-tailed dreamer to Frank’s dead-eyed, sharp-tailed pessimist. Her belief in herself may stem from her privileged upbringing and vehemently adamant decision-making (enabled by the former), but, at the very least, she wants all the power not just to have it, but so she can have fun with it.

Another advantage “Veep” has over “House of Cards” is in its supporting cast. If Robin Wright is Kevin Spacey’s equivalent (though we’d argue it’s the other way around), then Tony Hale is the Lady MacBeth to Julia Louis-Dreyfus’ lead. The duo’s chemistry continues to drive entire episodes with a few short moments, and if they’re kept apart too long, the rest of the team is there to fill gaps faster than you can spot them. Matt Walsh and Kevin Dunn make for ideal co-working foils, the former cheery enough to mask his incompetence and the latter knowledgeable enough to get away with an eternally downtrodden demeanor. Both seem tailor-made for their parts, as does the now dare-I-say-iconic Timothy C. Simons’ Jonah. The butt of every joke and deservingly so, Simons continues to refine his intricate douchebaggery and even explores an area of empathy in the new season.

It may not be fair to compare “Veep” to “House of Cards,” as one is a satirical comedy and the other a melodramatic soap. But taking away from the “Veep” team’s achievement in Season 4 would be the real injustice, and that’s no joke.

READ MORE: How ‘Veep’ Made Julia Louis-Dreyfus ‘More Understanding’ Toward Politicians & What to Expect from Season 4